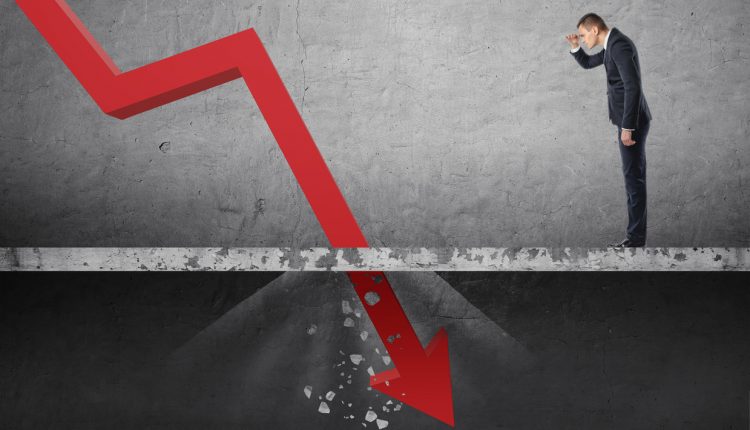 By Mihir Kapadia – CEO and Founder of Sun Global Investments

The ten years since the financial crisis of 2007-08 has passed quickly and perhaps in a better way than anyone could have expected at that time. As a matter of fact, I remember exactly where I stood trying to be brave in the face of market turbulence, and began to set up a wealth management firm at a time when all the markets and investor confidence was heading down.

I decided to focus on the emerging markets where the underlying economic growth was resilient and where investment opportunities offered a good prospect of promising results.  This was my motivation as I set up Sun Global Investments, a wealth and investment management firm, within six months of the onset of the subprime mortgage crisis. Now, as we have clocked 10 years since the crash, a lot has changed in the world – from an increase in regulations, a long period of low interest rates and easy monetary policy and new competitive threats.

The period of reformation

From the collapse of Lehman brothers in 2008 to the arrests of Irish bankers in 2016, the 2008 Great crisis led to a wider understanding of the fragile western economy ecosystems. The crash was a serious wakeup call for governments across the world, thus paving way for new regulatory responses for banking practices and financial services in general. This period also saw the expansion of the relevant regulatory bodies.  New Capital Adequacy liquidity and leverage norms came into place.  We also saw increased scrutiny of lending   practices and tougher stress tests.  The regulators were strongly motivated to avoid a future banking crisis in which taxpayers would be called on to bail-out failed banking institutions.

Today, we can be reasonably assured the global banking system is much safer due to the increased regulatory effort in the interim period.  The major problem that we faced going into 2007-08 can be summarized under four headings – excessive borrowing, flawed compensation structures, weak regulation, and moral hazard.   The regulators have sought to address all these areas.   Time will tell whether these measures are enough to avoid another crisis and another taxpayer funded bailout.     The long period of low interest rates and easy monetary policy have encouraged huge asset bubbles and higher levels of borrowing – these trends indicate that the limits of the resilience of the global economy is being tested greatly.

In Europe, the banking crisis led to a severe sovereign debt crisis which affected Ireland, Spain, Portugal, Italy and Greece.  After a long period of adjustment, the first three countries have recovered to varying degrees but the latter two still remain greatly constrained by their high debt levels and negative or very low rates of economic growth.  Greece was the worst affected and continues to suffer greatly from the very negative consequences of the economic crisis ten years ago. The problem of high debt levels was compounded by any other problems such as the mismanagement of public funds by the government.   The country plunged into a massive recession as GDP contracted by 25% and the country was forced into seeking an IMF bailout.  The Greek debt crisis continues to weigh on the priorities of the European Union and IMF.   Much of the political and electoral uncertainty of the last two or three years have been a direct result of the prolonged economic slowdown which has followed the global financial crisis.

Looking into next decade

When Barack Obama assumed office, it was on a wave of optimism that he could fix the American economy which was reeling under the depression of 2008.  In the eight years of the Obama Presidency, employment and asset markets grew strongly.  However, income inequality grew over this period and many former industrial areas did not benefit greatly from the increased growth and higher asset prices. Eight years later, the American public responded to the tones of protectionism, the closing of borders and the economic nationalism of the Trump campaign.  In the UK, the referendum decision to leave the EU was a global political earthquake driven by nationalism and populism. The rise in nationalism reflected a population that had grown poorer and disillusioned in the years after the Great Financial Crisis and used the opportunity provided by the Referendum to express their unhappiness.

After the Brexit result and Trump victory, the threat of the advancement of right wing populism had faded in Europe by the end of 2016, with the election results in Netherlands and France. However, the next decade ahead will remain in difficult and uncertain due to the economic and political difficulties which are the lasting legacies of the Global Financial Crisis which started ten years ago.

In the UK, the uncertainty caused by Brexit is being further compounded by rising consumer, corporate and government debt, and increasing inflation which are squeezing living standards.  As the former Chancellor of the UK, Lord Darling recently warned, we are once again seeing sharply rising risks and increasing complacency as the memories of the crisis fades.  It is perhaps particularly grave for the UK as it in the midst of a serious period of Brexit negotiations that could have a negative effect on Businesses and households, and perhaps depress economic growth.

The financial crash of 2008 provided us a learning opportunity to set things right, and our economic and financial mechanisms have been strengthened but many dangers remain particularly the high level of debt which has emerged during a decade of very low interest rates and easy monetary conditions.  If the crash has taught us anything, it is that complacency can be catastrophic.

The Brightside is east

It is not all dark in the global economy. The US economy is proving to be resilient and is some way down on the path to monetary policy normalisation. China is also defying the forecasts of a sharp slowdown in its rate of economic growth.  China and other Emerging markets remain a bright spot in the global economies as many of them are growing at 4.5% to 6.5% a year.  Their markets offer promising and stable opportunities for investment. This is a viable and exciting option for global investors seeking to make progress in the 21st century – an alternative to near stagnant or slower growing western economies.   There are likely to be Exciting times ahead!