Welcome to Finance Monthly’s countdown of the Top 10 Greatest Trades that the trading floor has ever seen.  We take a look at each trader, the audacious move they pulled off and where they are now. Scroll through to see who tops our list. 10. The 1929 Short – Jesse Livermore  Result: $100 million profit […]

Welcome to Finance Monthly’s countdown of the Top 10 Greatest Trades that the trading floor has ever seen.  We take a look at each trader, the audacious move they pulled off and where they are now. 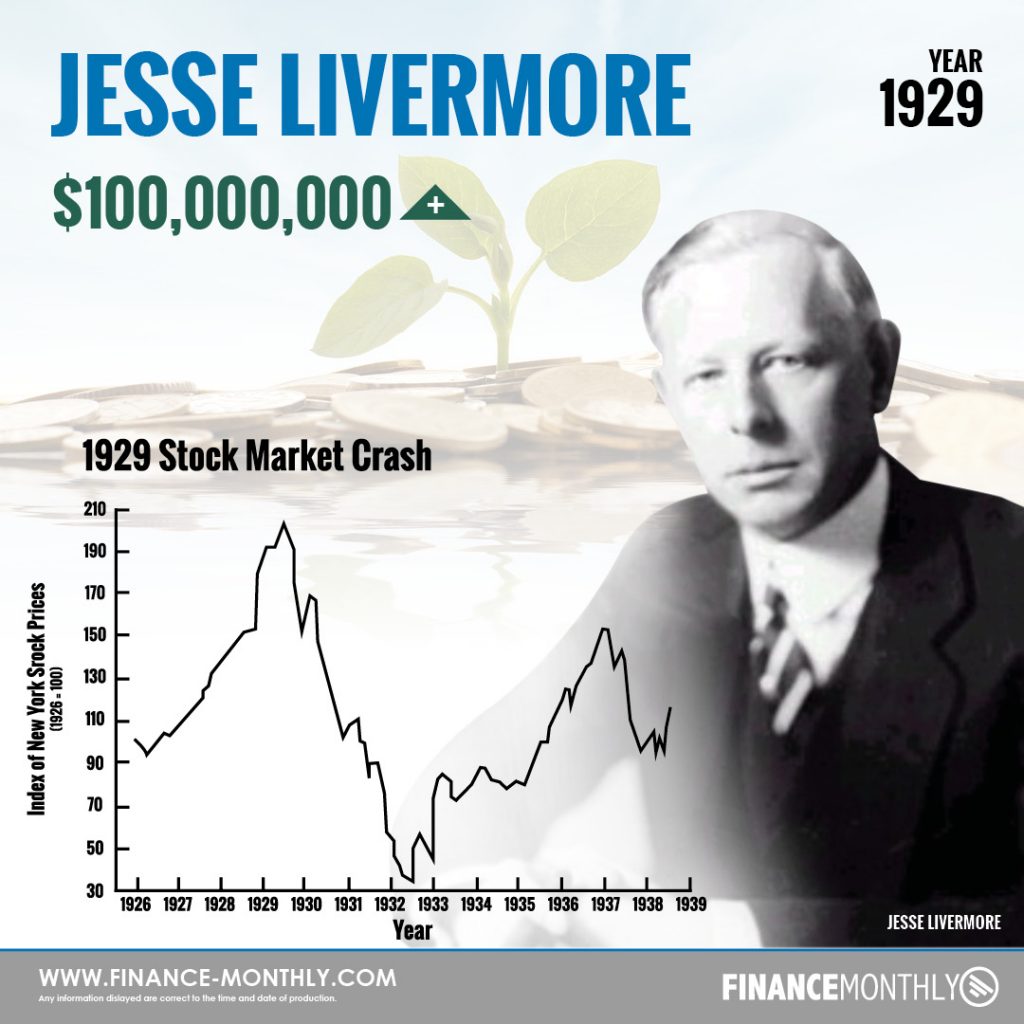 Livermore can be classed as one of the world’s pioneers in terms of shorting the market.

His first attempt was shorting the market by selling Union Pacific just before the San Francisco Earthquake of 1906. The pay-out was £250,000 but that was only the beginning. He followed that up by shorting the market again in 1907. As the stock market crashed Livermore took home $1 million for his efforts. Always looking for the next target, he concentrated on the wheat industry in 1925, with another successful short that earned him $3million.

Livermore was gaining a significant reputation but his real coup de grace would make his earlier trades pale in comparison. In the early autumn of 1929 the Dow Jones is up five-fold in the last 5 years and the euphoric atmosphere that pervaded the entire floor wasn’t shared by Livermore. As the money flowed in reaching an $8.5 billion high, it got to the point where the outstanding loans had exceeded the current amount of money in circulation. In September, as the stocks began to level out, Livermore gambled on his biggest short, which took place on that fateful day in 1929. Looking for a bigger haul and seeing what was coming, Livermore shorted the entire market. As the US Financial sector went into meltdown, Livermore earned himself $100million which in today’s market would equate to a $1.4 billion-dollar haul.

Incredibly, Livermore was declared bankrupt and was banned from the Chicago Board of Trade in 1934, just five years after his greatest success as an investor. No one knows exactly why and indeed how he lost all his money, but his reputation as one of the best ‘shorters’ still stands to this day.