6. Jim Chanos – Enron’s Worst Enemy Result: $500 Million Profit Jim Chanos is perhaps one of the most notorious ‘short sellers’ around once stating “I have seen more stocks go to zero than infinity”, but it was his Enron trade that gains him a place in our Top 10. Chanos began working as a […] 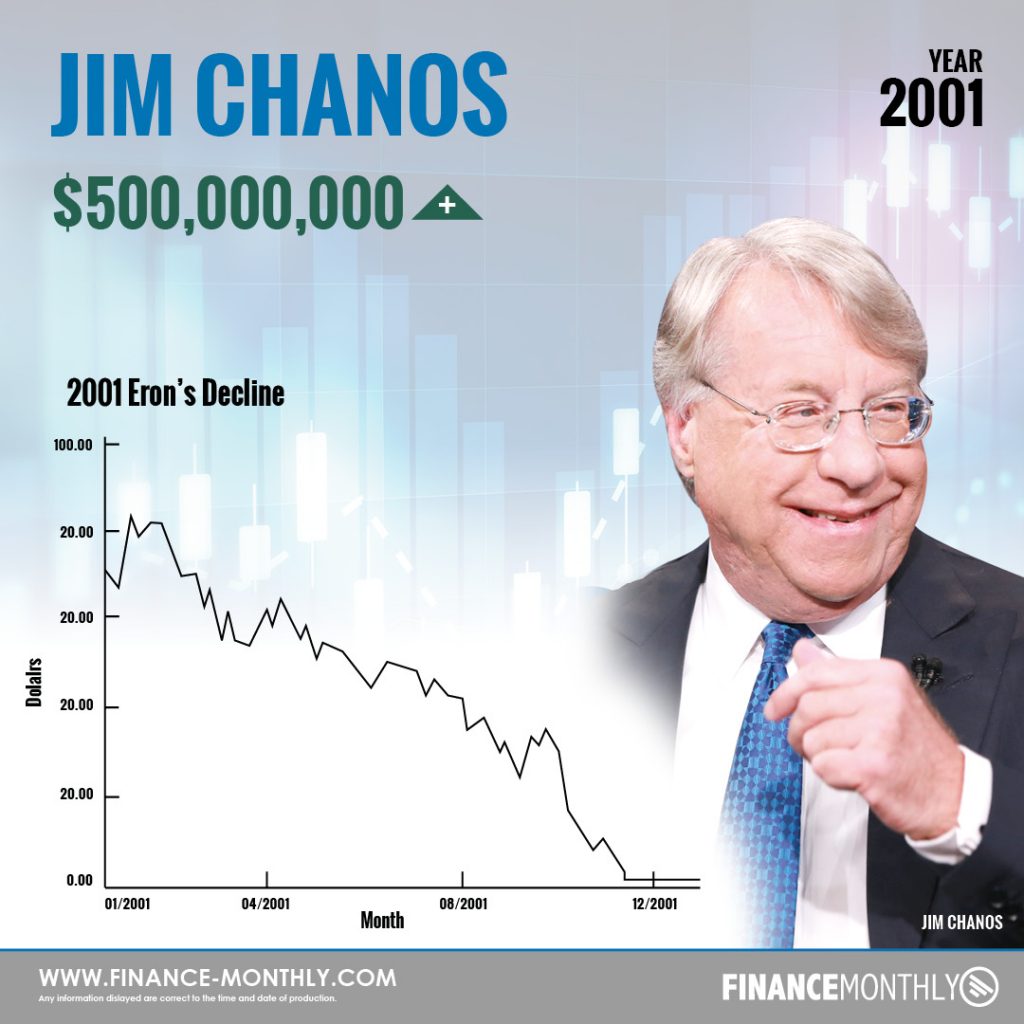 Jim Chanos is perhaps one of the most notorious ‘short sellers’ around once stating “I have seen more stocks go to zero than infinity”, but it was his Enron trade that gains him a place in our Top 10.

Chanos began working as a short seller and analyst in the 1980s. He moved between a handful of firms and secured perhaps his first big win while working for Gilford Securities, when he shorted a US insurance company by the name of Baldwin United. Chanos discovered that Baldwin had been selling insurance policies and then making up their books, based on assumed income from potential sales and revenue that did not exist. Something that would later be replicated with Enron. Following a successful short and the bankruptcy of Baldwin, Chanos set up his own hedge fund, Kynikos (Cynic in Greek) in 1985 with $16 million.

It was the fall of energy goliath Enron that would give Chanos his biggest win and guarantee his fame on Wall Street. Chanos’s involvelment began with a relatively innocuous phone call from a friend telling him to take a look at an article in the Texas Wall Street Journal by Jonathan Weil, detailing the celebrations of the energy companies in successfully lobbying the SEC to allow Mark to Model and Mark to Mark accounting to be used in their businesses. Mark to Model essentially permitted these companies to take the current value of their future profits and add them into their accounts.

Following this, Chanos and his associates at Kynikos began looking at Enron and noticed several red flags, like the fact they were using Mark to Mark accounting to massage the books and bolster income while essentially hiding the losses in their discounted operations. As Chanos positioned himself, he then made his move when then CEO of Jeff Skilling stepped down citing ‘family reasons’. It was clear at that point to Chanos that Enron were in trouble. So in November 2000, as Enrons stock hit $90 (with a predicted target price of $130), Kynikos initiated a short. What followed was perhaps the most stunning company collapse and financial fraud case Wall Street has seen. What seems so obvious now was, at the time, ignored by almost everyone else. Chanos didn’t mind, he’d made around $500 million profit on his shorts for Kynikos and his notoriety and fame grew exponentially as a result.

Chanos is still a major player on Wall Street and he’s now a noted skeptic of the markets in China and has recently taken aim at AliBaBa, stating that “the accounting is some of the most questionable I have ever seen.”  With Kynikos taking up short positions against them Chanos may be thinking he’s spotted the next Enron, and if he’s correct, he may well win big again.

Next: $1 Billion Bet Against the Pound