Tragedy Impact of US Hurricanes on Regional Supply Chains

Following the recent disasters that hit the US mainland, Finance Monthly reached out to Nalanda Matia, Lead Economist at Dun & Bradstreet, to gather thoughts on the overall impact felt by supply chains throughout the various industries, regions and markets. Mother Nature hasn’t been kind to the United States in the past month or so; […] 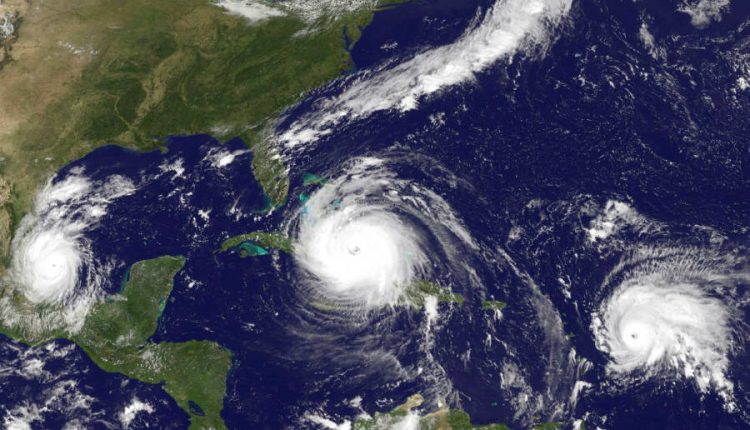 Following the recent disasters that hit the US mainland, Finance Monthly reached out to Nalanda Matia, Lead Economist at Dun & Bradstreet, to gather thoughts on the overall impact felt by supply chains throughout the various industries, regions and markets.

Mother Nature hasn’t been kind to the United States in the past month or so; Hurricane Harvey left a trail of destruction on several counties in Texas, while Hurricane Irma devastated parts of the Sunshine State, most notably The Keys. The stormy season doesn’t look like it will abate anytime soon. The market impacts of these natural disasters are significant, particularly on densely populated and urban cities.

While the financial repercussions of Irma are still being counted, let’s take a closer look at the impact of Harvey, including affected industries, the supply chain and the future outlook of the affected areas.

Early estimates have placed the impact of Category 4 Hurricane Harvey at around $75 billion, with losses from insured and uninsured residential and commercial properties making up the majority. With the addition of other costs associated with business interruptions, lapses in employment gains, and additional flooding or damage to contents of the properties, the toll could be much higher.

The top industries in the state with the largest number of jobs that have been potentially impacted by the hurricane are services; manufacturing; wholesale and retail trade; mining; construction; finance, insurance, & real estate and agriculture, forestry & fishing.

The disruption in energy exports and other supply chain activities as ports in the state remained closed to vessel traffic until floodwater damage was assessed affected consumers and trade, creating build-ups and delays.

Many industry supply chains will take a hit as the transportation industry looks to get business back to normal. The Houston area in particular accommodates several major airports with flights to more than 70 international destinations. With some of these airports closed for a few days, the air transportation sector faced considerable backlog that they’re still coping with today.

Waterborne transportation is also in crisis due to the closure for several days of all major ports in the Houston and Corpus Christi areas. Large container ships headed to Houston to load cargo were stranded or diverted to nearby ports to wait out the storm and port closures. This caused severe supply chain disruptions in both parts of the United States and internationally. Based on the diverse nature of cargo that goes through the Houston area ports, the supply chain interruptions were not just limited to energy or chemicals, but extended to other commodities, such as agricultural products.

The parts of the United States affected by Hurricane Harvey have relatively high populations and are economically developed areas, which has contributed to high economic losses, perhaps one of the highest economic costs incurred due to a natural disaster in the US. With thousands of businesses and their employees stricken, the economic outlook for the region as a whole is expected to be lacklustre, but this prognosis may be true only in the short term.

Looking more closely at what businesses were affected, the vast majority were micro and small businesses with fewer than 10 and fewer than 100 employees, respectively. Also, close to 40% of the affected businesses are fairly young – within the first five years of their life cycles.

According to our estimates, the county of Harris, TX seems to have undergone the maximum disruption as far as the number of affected businesses are concerned. The county contains more than 60% of the businesses that have been declared at risk.

What to expect from Irma

While Irma seems to have been a slightly stronger storm in terms of wind, its financial impacts – without diminishing its severity – might be slightly less than Hurricane Harvey’s. Dun & Bradstreet estimates over two million businesses to have been in the monster hurricane’s path. This includes 49 counties in FL, three in Georgia, four in PR and two in Virginia that have been declared as disaster regions by FEMA.

Early estimates regarding these businesses are that nearly 60% of the jobs affected are in Services and Retail – with the affected regions in scenic and tourist-frequented areas. Pre-Irma, about 12% of the businesses located in the path of the storm were in the riskiest class of the Dun & Bradstreet Delinquency Predictor score. Because of the hurricane, these businesses, which were already at risk of becoming severely delinquent, will have an increasingly difficult time meeting their obligations.

Early estimates put the damage from Hurricane Irma in Florida and the surrounding areas at closer to $50bn, but the exact number is hard to predict exactly at this stage. As the southern coastal states count the cost of these disasters, we envisage a number of months until all services, transportation systems, supply chains and the economy are back to normal.

Although these current disasters are not expected to leave a permanent imprint on the economy of the United States, the immediate consequences of these increasingly frequent events cannot be ignored.