Are Global Markets Currently at a Crossroads?

Below Kathleen Brook, Research Director at City Index, talks Finance Monthly through the current markets environment, referencing US stock, bonds, tech, crypto and oil. As we reach the middle of the week, there are a few signs that stocks could have a harder climb from here. After reaching record highs earlier on Tuesday, the S&P […] 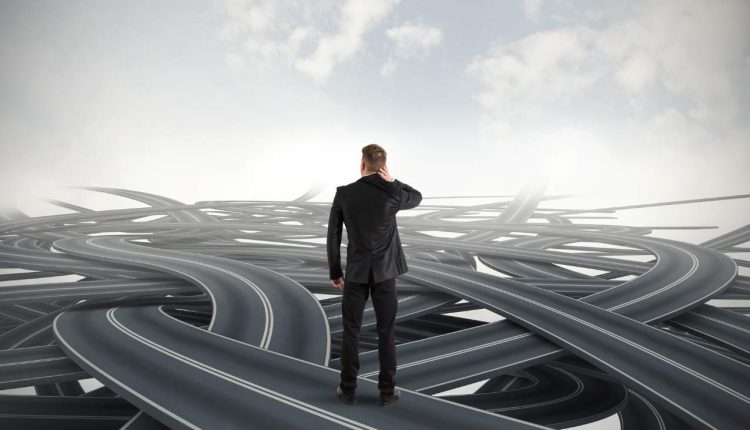 As we reach the middle of the week, there are a few signs that stocks could have a harder climb from here. After reaching record highs earlier on Tuesday, the S&P 500 closed the day lower. Advancers vs. decliners were pretty even on the day, with 243 advancers compared with 255 declining stocks, the biggest loser was Tripadvisor, which sunk on the back of growth concerns. The most striking thing about the US stock market today is not the individual movers, but instead the lead indicators and the bond market.

The two classic lead indicators for US stocks include the Dow Jones Transport Average and the small cap Russell 2000. The Dow Jones Transport index peaked on 13th October and has been falling since then, it fell through its 50-day moving average on Tuesday, which is a bearish sign and could signal further losses ahead. The decline in the Russell 2000 hasn’t been as steep, but it peaked on October 5th and sold off sharply on Tuesday as investors seemed to rush to ditch small cap stocks after yet another record high was reached.

These two lead indicators have not been able to muster enough strength to recoup recent losses, which could be a sign of investor fatigue further down the pipeline. If the selloff in these two indices continues then it is hard to see how the blue chip indices can sustain momentum as we move through November.

The bond market: a health check for stocks

The other warning sign could be coming from the 10-year bond yield. It has fallen more than 15 basis points since peaking towards the end of October. This is in contrast with the 2-year yield, which has been climbing over the same period and is up some 5 basis ponts so far this month. This has pushed the 2-10-year yield curve up to its highest level since 2007, which is typical in a market where the Fed has embarked on a rate hiking cycle, even this mild one that Janet Yellen started in 2015. Rising yields tends to mean woe for stocks, hence investors may now try to book profit instead of instigating fresh long positions as we move to the end of the year.

However, we believe that it is not as simple as rising yields spooking the market. The decline in the 10-year yield could also be relevant for stock investors, especially if it is a sign that the bond market has lowered its expectations for Trump’s tax plan and thus reduced long term growth expectations. If 10-year yields keep falling – and they are testing key support at 2.31% which is the 200-day sma – then it is hard to see how the stock market won’t follow suit and sell off on the back of tax reform stalemate in Congress. Thus, the Trump tax premium could come and bite markets on the proverbial.

Is tech the canary in the coalmine?

Tech is worth watching at this junction after massive gains so far this year. Already bond prices have started to fall for some of the major tech players including Apple, as more supply has weighed on bond yields. Is this a sign that the market could, finally, be falling out of love with tech?

What can the Vix and Bitcoin tell us about markets?

Before predicting market Armageddon, the Vix still remains below 10. Although it doesn’t usually stay low indefinitely, we want to see it move higher before confirming our fears about global risk appetite. Bitcoin is also worth watching. Before anyone can call it a safe haven we need to see how it performs in a sharp market sell off. So far this week it is down nearly $550, so if you are looking for volatility, bitcoin is the place to find it. It is hard to pinpoint the reason for the decline, maybe the market is getting nervous ahead of the upcoming fork later this month? Or maybe the market sees Bitcoin becoming mass market, both the CME and the CBOE are readying themselves for the arrival of Bitcoin futures, as a threat to its price gains? Who knows, but if traditional stock markets sell off, I will be watching to see how Bitcoin reacts and if it has any traits of a safe haven (recent price performance suggests not.)

What next for the oil price?

This week appears to be oil’s chance to steal the limelight. After surging to a high of $64.65 at one point on Tuesday, Brent crude lost $1 by session close as the market re-assessed the geopolitical risks that have propelled the oil price higher, while the fundamental picture remains unchanged. While we acknowledge that the price of oil cannot simply rise on the back of the Saudi anti-corruption crackdown, we still think that there could be some gas in the tank that could send Brent towards $70 – a key technical level – after all, the sharp increase in the price of Brent crude actually began in early October, well before talk of Opec production cut extensions and Saudi corruption purges.

Ahead today, economic data is thin on the ground, so we expect price action to take centre stage. On Thursday Brexit talks resume, this could lend some volatility to GBP, which has been one of the top performers in the G10 FX space so far this week.