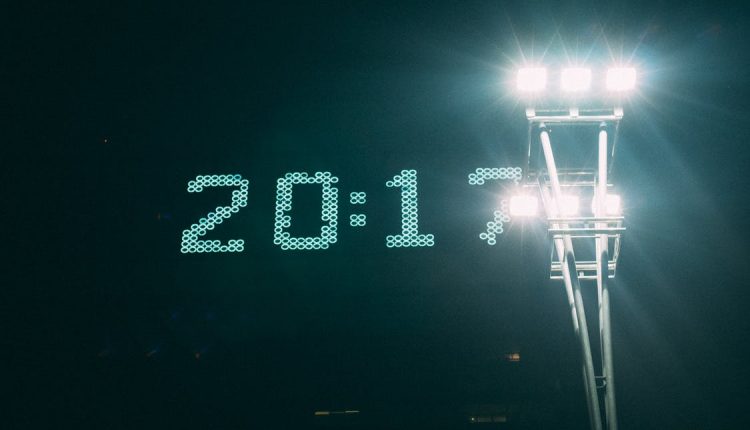 The year 2017 has been eventful in terms of the various socio-political and economic developments across the world.  Here is Mihir Kapadia’s quick summary of the year as it was.

The Year of Elections

After 2016 gave us Brexit and Trump, political and economic analysts across the developed world were wary about the possibility of protectionism spreading across the European continent, especially as 2017 was due series of elections in the region. With The Netherlands, France and Germany, the three big powerhouses of the European Union, going to the polls, there was a real threat of right-wing populist parties gaining prominence and altering the mainstream and liberal values of the western developed economies. The fear was legitimate, as EU sceptics appeared to be inspired by Brexit and Trump and were engaging on similar campaign promises based on nationalism and the closing of borders.

The year delivered relief across the continent, as liberal political parties emerged victorious over right-wing populists; however, the political dynamics and discourse in the region were considerably altered. Eurosceptics including Geert Wilders in The Netherlands, Marine Le Pen in France, and the Alternative for Germany (AfD) party gained mainstream prominence and considerable representation in their respective countries.

Germany is currently in a difficult spot, as none of the parties secured a working majority, Angela Merkel’s CDU has been attempting to negotiate a ‘grand coalition’, in an attempt to break the current political deadlock after coalition talks with the pro-business Free Democrats (FDP) and Greens collapsed. While brokering a grand coalition across parties in the parliament can deliver governance, it is too early to comment how strong the Chancellor’s leadership and authority would be.

While protectionism and populist policy proposals have been part of the ‘Make America Great Again’ campaign slogans, the larger driver behind the ‘Trumponomics’ rally has been the hope that President Trump can push through policies to stimulate growth and increase corporate profits. Anticipation of infrastructure expenditures, healthcare reforms and tax cutting legislation helped rally the stock markets to a series of all-time highs. While the stock market has consistently risen strongly since November 2016, despite the fact that many of Trump’s key promises such as infrastructure spending and healthcare reforms are yet to materialise, there are increasing fears that the US stocks are being overvalued. However, these concerns have been there since 2003 when the current long equity rally began.

Meanwhile, the dollar has had a rough year, having lost about 9-10% in 2017, but Trump has probably been happy to see it fall, as it will help boost US exports.

Financial analysts observing the uptrend in the US stock market over the year have cautioned that the markets may already be overpriced. The last time the US economy had a meltdown, it was 2008 and it affected the whole world. The 2008 financial crash occurred because of fragility in the banking system due to poor mortgage lending. The US is currently trending positively on earnings, employment, wage growth, housing and GDP. These indicate no signs of an impending recession; and the Federal Reserve is likely to raise interest rates through 2017 and into 2018. Trump has been indirectly very good for the economy.

The significant threat globally throughout 2017 has been North Korea’s aggressive stance against the US and its regional allies – South Korea and Japan. The year-long nuclear ballistic tests and provocative missile launches rattled Asian markets, but net impact was negligible and equities have risen in Asia and elsewhere. Therefore, safe-haven assets, such as Gold, received little support due to these threats.

Globally, the bullish stock market, rising interest rates and a sense of market security proved to be bad news for Gold, US-denominated assets such as Gold are influenced by the movements of the dollar, and its fortunes are also tied to the dollar among other factors. The US dollar has fallen nearly 10% year-to-date (or YTD) in 2017.

Under a bullish Federal Reserve, the commodity had already priced in the factor of interest rate hikes. Only if the actual rate of increase is lesser than expected, gold prices may benefit and see some relief going into 2018. Investors therefore will keenly observe the Fed’s tone when they discuss the interest rates for next year to understand how they would progress into 2018.

Brexit continues to dominate the UK’s political and economic spheres and the year began with the invoking of Article 50 by Prime Minister Theresa May on 29th March 2017. Political discussion around Brexit also led the country into a snap general election in June, resulting in the Conservative Party losing their majority, and further splitting the British parliament.

Since the Brexit referendum of 2016, the pound lost 10% against the Euro and 17% against the Dollar. The fall in the value of the pound in fact worked in favour for the stock markets, with the FTSE100 (which largely comprises of exporting organisations) having reached record highs through the year. While the fall in the value of the currency may have helped British exports, the benefit stops there. Rising inflation and weak wage growth in the UK have directly affected the average British household as the period of uncertainty continues.

While Brexit is inevitable, the financial sector, which considers London to be its capital, is keen on retaining its ‘passporting rights’ – the right for a firm registered in the European Economic Area (EEA) to do business in any other EEA state without needing further authorization in each country. In fact, London has been the major focal point for this very reason – an English language capital city, ideally located between the Americas and Asia and acting as the gateway into Europe. Therefore, any indication of a ‘Hard Brexit’ – one which threatens to pull the UK out of the EU without any deal, is of a major concern for the City of London. The pound and the economy therefore are directly affected over this concern as businesses continue to operate over the period of uncertainty.  The UK also faces an upward of £40 Billion Brexit ‘divorce bill’ payable to the EU, which adds another financial liability to the process.

Eurozone recovery at its finest

The European Central Bank’s (ECB) president Mario Draghi has expressed the bank’s confidence over the region’s recovery, noting that the momentum has been robust, as GDP has risen for 18 straight quarters. The central bank attributed the overall success this year to improved employment figures in the single bloc, while noting that inflation cannot be self-sustained at this juncture. Mr Draghi used these comments to express interest and possibility for extending the timeline of the slowdown of its bond-buying program, which is slated to start from January 2018.

While the recovery has been robust, the ECB also recognises that it is vital for member states to continue a stable political and economic structure within, and reinforce each of their fiscal structures in order by focusing on both, keeping a buffer rainy-day fund while also working towards reducing debt. While these are words of wisdom for the future, Mr Draghi would also be thankful for the past year as Eurozone mitigated the rise of far right into leadership, especially in France, Netherlands and Germany – the three key powerhouses in the EU. The economy therefore was well protected this year.

10 Years of the Financial Crash

2017 also marked the 10 years of the great financial crisis of 2008 in October, which had sent the risk assets across global stock markets and economies tumbling. The ten years since the financial crisis of 2007-08 has passed quickly and on a better note than anyone could have expected at that point of time. From the collapse of Lehman brothers in 2008 to the arrests of Irish bankers in 2016, the 2008 depression had brought in a wider understanding of the fragile western economic ecosystems. The crash was a serious wake-up call for governments across the world, thus paving way for bringing in regulatory responses to the banking practices – such as the expansion of government regulation, scrutinised lending practices, and tougher stress tests to make sure they can withstand severe downturns.

The financial crash of 2008 provided a learning opportunity to set things right, and our economic mechanisms today have certainly implemented checks and balances to be more cautious in their functionality. If the crash has taught us anything, it is that complacency can be catastrophic.

It has certainly been an interesting year, and 2018 holds more opportunities for us than ever before to learn and grow.