Why Is Facebook Adding P2P Payments for Its Users? Will It Catch On?

Traditional banks are lagging behind when it comes to technology and we are increasingly seeing non-financial services companies, like Facebook and Orange moving in into the territory of traditional banks. Below Daniel Kjellén, Co-Founder and CEO of Swedish fintech unicorn Tink, looks at how Facebook is currently adding P2P payments to their services. You would […] 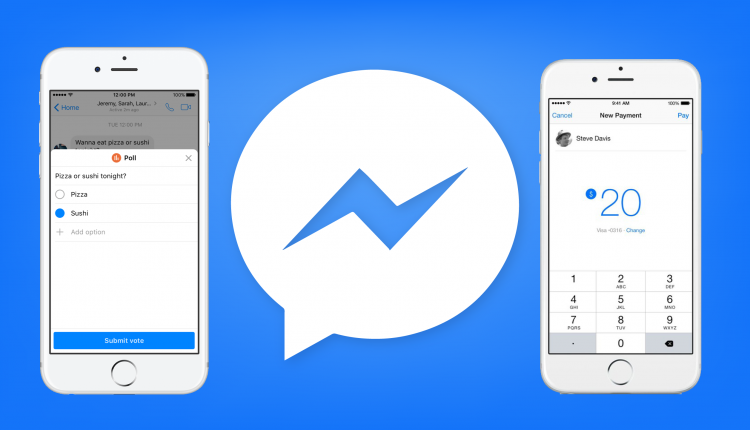 Traditional banks are lagging behind when it comes to technology and we are increasingly seeing non-financial services companies, like Facebook and Orange moving in into the territory of traditional banks. Below Daniel Kjellén, Co-Founder and CEO of Swedish fintech unicorn Tink, looks at how Facebook is currently adding P2P payments to their services.

You would have to have your head in the sand not to notice that huge change is afoot across the banking and personal finance sectors. Earlier this month, Facebook announced that it was making its first foray into finance in the UK, with the launch of a new service which will allow users to transfer cash with just a message.

Facebook is not the only tech giant moving in on the territory of traditional banks, with Apple also set to launch its own virtual cash payments system and telecoms behemoth Orange recently announcing the launch of its online banking platform. This is just the tip of the iceberg. Fintech firms like Mint, Moneybox and Tink are taking this concept beyond payments, creating a sophisticated consumer led money management ecosystem.

So why is this happening? The launch of Facebook’s P2P payments service is evidence of the wave of technological and legislative driven disruption sweeping toward the retail banking market that change the shape of the sector beyond recognition. Consumers in 2017 are platform agnostic and don’t care whether they manage their money through their bank or their phone company or social media account.

Across the world, we are witnessing a move to the model of ‘open banking’ which will blow open the retail banking sector and create competition in the form of tech firms, who are already making a play for the territory traditionally held by banks. This hasn’t happened in a vacuum, it is just one symptom of the enormous transformation the industry is undergoing.

The current wave of tech companies offering in-app personal finance capabilities is just the beginning. The success of fintechs such as Monzo and Transferwise has demonstrated beyond doubt that today’s consumers are looking beyond their bank to manage their finances.

Until recently, banks have enjoyed a monopoly over their customers’ data and have operated in a market which by design, discourages competition and transparency. The result has been a mismatch between people and products, with consumers having to settle for high cost, low quality financial services. It’s not surprising that nimble tech companies are moving in on the space previously occupied by the banks. So long as their investments in fintech yield results, these ambitious and visionary companies will continue to pioneer new solutions that transform our relationship with money.

Banks who don’t innovate and create customer led products, will risk losing their customers who, through tech solutions will automatically be filtered towards a smorgoesboard of banking products which suit their needs. Third party platforms will become the main interface for money management, regardless of who the consumer actually banks with.

A nudge in the right direction

Facebook’s mobile payments feature will be supported by M Suggestions, a virtual assistant which monitors Messenger chats and nudges consumers to use the payments feature whenever the subject of sending money comes up in conversation, aiming for a seamless integration between social interaction and finance. The smart technology which underpins Facebook’s virtual assistant is a glimpse of the future of personal money management.

Today’s apps are nudging consumers in their day-to-day choices, encouraging them to save a little every month, offering tailored advice based on their economic habits, pointing them towards better deals and products, helping them to prepare for life’s big financial commitments – all with the aim of improving users’ financial happiness.

Facebook’s payments service aims to remove friction from the transaction – friction in this case being the need to leave Messenger. We are witnessing increasing numbers of tech companies offering these in app capabilities, the ultimate aim of which is to allow users to do everything in one place.

PSD2, which comes into force in January, will open the floodgates for third parties to build financial services apps which aggregate, enabling consumers to do everything in-app from paying their bills to comparing how much they are paying for access to financial products like credit and mortgages.

Technology is ushering in a new era where money management is frictionless and simple. Many people today have a difficult or distant relationship with their finances. There is often a mismatch between people’s needs and the product they are offered by their bank. This means money management can often feel like a chore rather than a choice.

In-app personal finance services such as those offered by Facebook, Tink and Apple, will offer consumers the ability to effortlessly manage their personal finances while going about their daily business. People’s relationship with their money will become a lifestyle choice, with financial decisions being akin to the choices they make about their health or their hobbies. Eventually, money will be on autopilot.

A bank by any other name

Today it is rare to find an individual who is loyal to their bank. With the ties between consumers and their bank becoming increasingly weak, smartphones will become the interface between people and their money. The entity sitting behind this engagement will become little more than an afterthought.

Tech companies who have built a strong consumer facing brand – underpinned by best in class technology – are waking up to the opportunity and are planting their roots in the fertile ground left wide open by the traditional banks. As the line between banks, fintech, social media and telecoms becomes blurred, the banking market as we know it will soon be unrecognisable. The banks who will survive and thrive are those who embrace the disruption and invest in the power to innovate through technology.

Libyan oil’s re-entry to the market, coupled with the spectre of renewed lockdown measures across Europe, has…