2018 Investment: How to Make the Right Choices

2018 is the year you make more money. It’s one of your New Year’s resolutions – but you’ve got no idea where to start. You’ve done the research, read as much as you can, and are suffering from a serious case of paralysis by analysis. With so many options to choose from, it’s understandable that […] 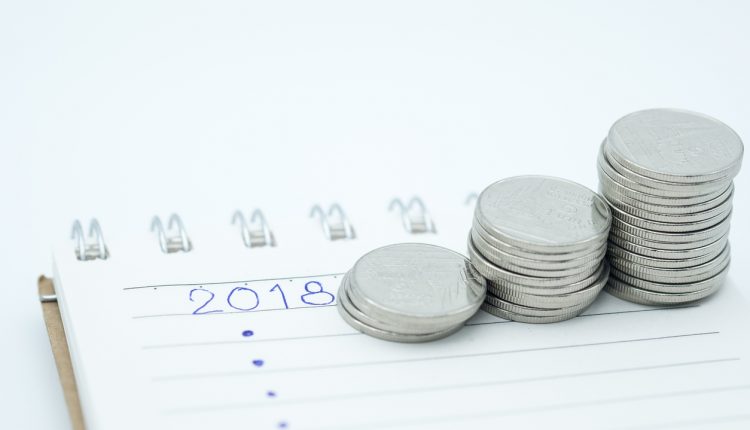 2018 is the year you make more money. It’s one of your New Year’s resolutions – but you’ve got no idea where to start. You’ve done the research, read as much as you can, and are suffering from a serious case of paralysis by analysis. With so many options to choose from, it’s understandable that doing nothing at all seems like the easiest option. It’s also the worst. Below Jitan Solanki, Senior Trader at Learn to Trade, sheds light on your options for the year ahead.

So, where exactly should you invest your money this year? Read on to find out more about the pros and cons of different investments and make 2018 the year your money works harder.

Indeed, a standard ISA only offers one – two% interest per year. Even a stocks and shares ISA that can offer 13-14% per year typically incurs a 6p to every £1 charge. This eats away at margins and, when you factor in inflation – at its highest level for half a decade – not only is money not growing, it’s actually decreasing in value.

Unless you’ve been living under a rock, you will have seen the hype surrounding cryptocurrency, the decentralised virtual form of money that can be used to make purchases or be exchanged for other traditional and digital currencies. VeChain (VEN) is one of the hottest new cryptocurrencies around, having struck major deals with Renault, PwC and Fanghuwang, one of the fastest growing online lending platforms in China. Another that you may have heard of, Ripple, is also one to watch as it announced partnerships with American Express and Santander. When considering an investment in cryptocurrencies, the focus now has to be on identifying which coins offer the best technology and are most likely to be used by everyday people in the future – that will be where the value is.

Now that the hype around bitcoin has somewhat subsided, there are good opportunities for those with longer-term ambitions. However, cryptocurrencies are a highly speculative investment without government regulation so investors are warned to tread carefully. It remains to be seen how the crypto craze will play out, but whatever happens, ensure you research thoroughly before making any investments.

If you’re happy to tie up your money for a number of years, some of your investment options include: bonds, investing money into managed funds, and directly trading stocks, shares and commodities. A fixed rate bond with NS&I might be worth considering, if you’re willing to put away savings for three years, as it guarantees a 2.2% a year growth bond with no risk but is unfortunately taxable. Premium bonds, while not guaranteed, do offer savers the chance to win tax-free prizes between £25 and £1m.

In terms of stock, investment returns and risks for both types – common and preferred – vary depending on factors such as the economy, political scene and the company’s performance. In the short-term, this form of investment is volatile and choosing stocks requires substantial research. There are also a lot of hidden fees and a lack of transparency involved when buying and selling stocks. This said, we’d call out the Hang Seng 50 index as one market that remains a strong core focus for us. This has been on a radar for over a year now when new Shanghai Stock Exchange to Hong Kong Stock Exchange link launched. We continue to see outflows from mainland China into Hong Kong and continue to trade the trend.

As it stands, by far the most lucrative choice – and one that manages the risk – is forex trading (the trading of currencies), turning over $5.3 trillion annually. Return on investment is typically four% per month on average, which equates to roughly a 60% increase on starting balance after one year.

The British Pound, which has benefitted greatly from open talks between UK and European ministers surrounding Brexit, and the Japanese Yen – weak due to changes in the Bank of Japan’s personnel and upcoming elections – are, currently, a highly effective pairing.

Though it’s hard to argue with the returns above, there is always risk involved. However, while trading does demand a disciplined mindset, as long as you stick to some simple rules you can largely mitigate risk and start to see consistent returns.

The best thing you can do this year is spend some time getting familiar with each of your investment options, understand the pros and cons of forex trading, ISAs, stocks and bonds, and new kid on the block, cryptocurrency, and make 2018 the year you see a return on your investment.