BoE Expectations: A Walk on the Supply Side

With the recent monthly purchasing managers index behind us, we can look forward to this week’s Bank of England meeting and quarterly inflation report. Below Adam Chester, Head of Economics at Lloyds Bank Commercial Banking, discusses what to expect on Thursday’s meeting. When the Bank of England meets this week, it could prove to be […] 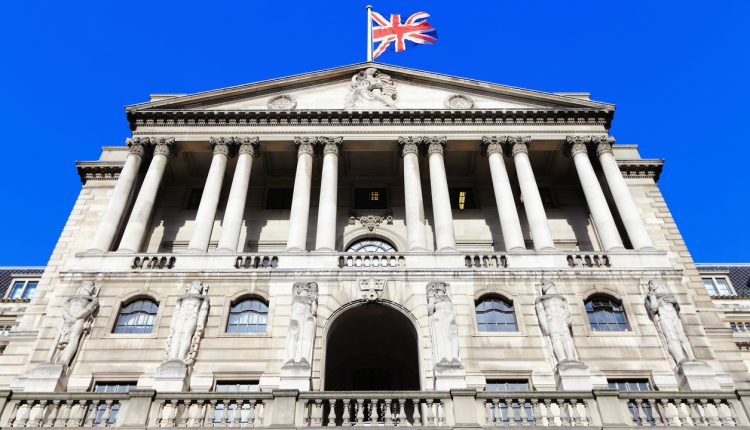 With the recent monthly purchasing managers index behind us, we can look forward to this week’s Bank of England meeting and quarterly inflation report. Below Adam Chester, Head of Economics at Lloyds Bank Commercial Banking, discusses what to expect on Thursday’s meeting.

When the Bank of England meets this week, it could prove to be one of the most important policy meetings of the year.

What makes tomorrow’s update of particular interest is that it includes the annual deep-dive into the supply side of the UK economy, which has important implications for the speed and extent of future interest rate changes.

By assessing how the economy is performing in relation to its potential, the Bank can form a judgement about how much slack remains – the greater the slack, the greater the scope for demand to rise without pushing up inflation, and vice versa.

Before the financial crisis, the UK’s trend rate was estimated to be around 2.5% a year, but by last year it had dropped to 1.5%, largely down to a fall in productivity which has been blamed on Brexit uncertainty.

The Bank will also need to make a crucial judgement on how much spare capacity, if any, remains in the labour market.

A lack of slack

In last year’s update, the Bank concluded that the weakness of pay growth at that time suggested the labour market was operating with a small degree of slack. This no longer looks the case.

The latter is now below the Bank’s previous estimate of the sustainable, or ‘equilibrium rate’ of unemployment, which it put at 4.5%.

It is possible that the Bank could lower this estimate further, but to do so would likely raise eyebrows, as regular pay growth has started to accelerate – rising from an annual rate of 1.8% to 2.4% since last spring.

The Bank will also revisit its assumptions for population growth, the participation rate (the percentage of the adult population in the workforce), and hours worked.

The ageing population, declining immigration and changes in taxation and benefits will all have a bearing on this.

If it is to conclude that underlying inflation pressures are likely to be benign during 2018, it needs to argue that either (i) the supply side is improving, most obviously due to rises in productivity and/or an increase in the amount of available labour; or (ii) that, for the time being, the outlook for demand is sufficiently weak.

On both counts, we suspect the Bank could struggle.

Firstly, there are no obvious signs of an upturn in productivity growth and recent increases in wage growth suggest the tightening of the labour market is starting to bite.

Second, there is little sign of any significant weakness in demand, with recent indicators confirming the economy is holding up relatively well.

Given this, we suspect the Bank will conclude that any spare capacity in the economy is continuing to be eroded.

While it is likely to cite ongoing ‘Brexit uncertainty’ as an argument for maintaining a ‘gradualist approach’ to policy, the implication is clear.

In the absence of a clear slowdown in demand, the Bank may have to raise interest rates more quickly and more sharply than either we, or the financial markets, currently anticipate.