March started off with a bang when US President Donald Trump announced that his administration will impose steep tariffs on imported steel and aluminium in order to boost domestic manufacturing, saying that the action would be ‘the first of many’. This has brought about threats of retaliation by a number of the main US allies […] 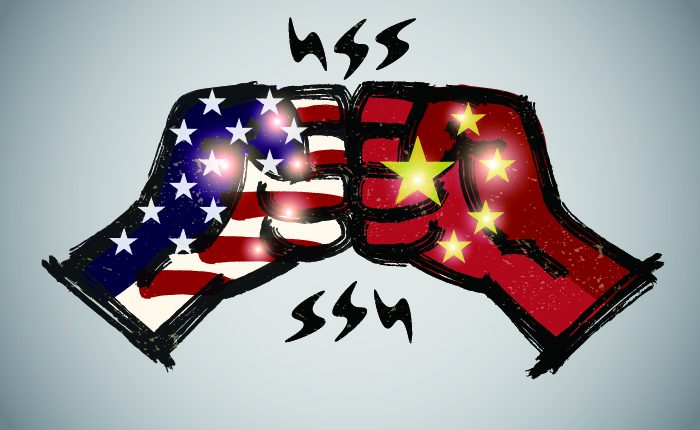 March started off with a bang when US President Donald Trump announced that his administration will impose steep tariffs on imported steel and aluminium in order to boost domestic manufacturing, saying that the action would be ‘the first of many’. This has brought about threats of retaliation by a number of the main US allies and the fear that Trump’s extreme protectionism may destroy the post-World War II trading system and result in a global trade war. Claiming that other countries are taking advantage of the US, the 45th President seems confident about the prospects of a global trade war, tweeting: ‘Trade wars are good, and easy to win’ a day after his initial announcement. Although the tariffs are stiff, they are considerably small when seen in the context of US economy at large. However, the outrage that his decision has fuelled and the fact that China has already taken steps to hit back signal global hostility and economic instability.

Donald Trump’s decision from the beginning of March was followed by a chain of events, including the EU publishing a long list of hundreds of American products it could target if the US moves forward with the tariffs, the US ordering new tariffs on about $50 billion of Chinese goods and China outlining plans to hit the United States with tariffs on more than 120 US goods. In an attempt to soften the blow, the White House announced that it will grant exemption to some allies, including Canada, Mexico, the European Union, Australia, Argentina, Brazil and South Korea. Trump gave them a 1 May deadline to work on negotiating ‘satisfactory alternative means’ to address the ‘threat to the national security of the United States’ that the current steel and aluminium imports imposes. Trump said that each of these exempted countries has an important security relationship with the US. He also added:  “Any country not listed in this proclamation with which we have a security relationship remains welcome to discuss with the United States alternative ways to address the threatened impairment of the national security caused by imports of steel articles from that country”.

China vs. the United States

China is one country that is not listed. However, by the looks of it, China is not a country that will be discussing “alternative ways to address the threatened impairment of the (US) national security”. Instead, they fire back. China is the main cause of a glut in global steel-making capacity and it will be hardly touched by the US’ import sanctions. However and even though they do not want a trade war, they are ‘absolutely not afraid’ of one. Following Trump’s intentions for tariffs on up to $50 billion of Chinese products and the proposed complaint against China at the World Trade Organization (WTO) connected to allegations of intellectual property theft, China’s Ministry of Commerce said it was “confident and capable of meeting any challenge”.

In response to Trump’s attacks, the Asian giant published its own list of proposed tariffs worth $3 billion, which includes a 15% tariff on 120 goods worth nearly $1billion (including fruit, nuts and wine) and a 25% tariff on eight goods worth almost $2 billion (including pork and aluminium scrap). Despite their actions, China’s Commerce Ministry urges the US to ‘cease and desist’, with Premier Li Keqiang saying: “A trade war does no good to anyone. There is no winner.”

Is Trump going to win?

During his presidential campaign, one of Trump’s promises was to correct the US’ global imbalance, especially with China, however, it seems like his recent actions are doing more harm than good. Even if his tariff impositions result in a few aluminium smelters and steel mills in the short term, they risk millions of job losses in industries that rely on steel and aluminium; potentially endangering more jobs than they may save.

A country’s trade patterns are dictated by what the country is good at producing. China is known to be the world’s largest producer of steel, whilst steel is simply not one of the US’ strengths. Steel produced in America is 20% more expensive than that supplied by other countries. Naturally, it makes sense for US-based manufacturers to prefer buying their steel from overseas. Once Trump’s suggested tariffs are added onto steel and aluminium shipments from abroad, they will worsen US’ trade deficit and will impact the stock market. In an article for Asia Times, PhD candidate at the University of California at Berkeley Zhimin Li explains: “Domestic companies will inevitably suffer from higher input costs and lose their competitiveness. As a result, they will become less able to sell to foreign markets, leading to a deterioration of trade balances for the US.”

He continues: “Moreover, more expensive manufacturing materials will translate to higher prices at the cash register, putting upward pressure on inflation and prompting the US Federal reserve to raise interest rates even more aggressively than anticipated. This will add to investors’ anxiety and foster an unfavourable environment for equities.”

Looking at it all from China’s perspective doesn’t seem as scary or impactful. The tariffs on metals wouldn’t hurt Chinese businesses considerably, as China exports just 1.1% of its steel to the US. But steel tariffs are not as significant as the coming fight over intellectual property.

On the other hand though, China has the power to do a lot to infuriate Trump. One of the products that the country depends on buying from the US are jets made by the American manufacturing company Boeing. However, Boeing is not China’s only option – they could potentially turn to any other non-US company such as Airbus for example. The impact of that could be tremendous, as in 2016 Boeing’s Chinese orders supported about 150 000 American jobs, according to the company’s then-Vice Chairman, Ray Conner.

China could also target American imports of sorghum and soybeans, whilst relying more on South America for soy. NPR notes: “Should China take measures against US soybean imports, it would likely hurt American farmers, a base of support for Trump.” An editorial in the state-run Global Times argues: “If China halves the proportion of the U.S. soybean imports, it will not have any major impact on China, but the US bean farmers will complain. They were mostly Trump supporters. Let them confront Trump.”

The list of potential actions that can threaten the American economy goes on, but the thing that we take from it is that the US could well be the one to lose, regardless of where China may apply pressure. So, is businessman Donald Trump, in an attempt to cure America’s international trade relations, on his way to be faced with possible unintended consequences and do more damage than good? Are his seemingly illogical policies threatening to make Americans poorer, on top of firing the first shots of a battle that no one, but him, wants to fight? Will this lead to hostility in the international trading system that will affect us all?

We’ll be waiting with bated breath.

Gold vs. Bitcoin: Which is Better to Protect Investors?