Cloud Technology: Only the Beginning

We all know the cloud is leading the way in transforming operations across financial organisations, but while a significant enabler, it represents just one element of much wider digital investment. We hear from Steven Boyle, CEO of Integrated Cloud Group, who discusses how cloud technology is only the beginning of true digital transformation for financial […] 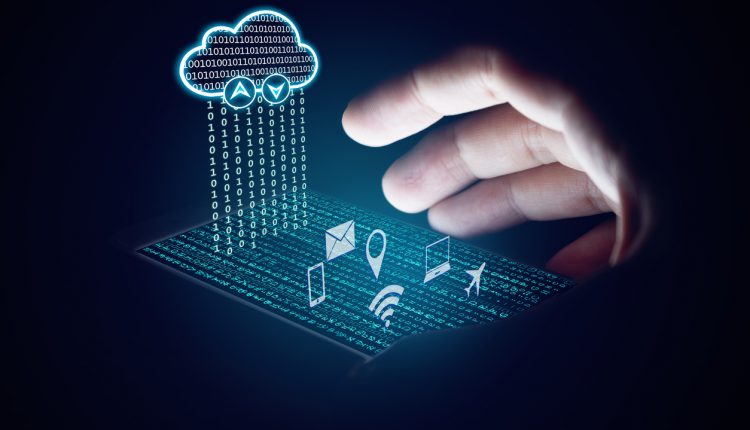 We all know the cloud is leading the way in transforming operations across financial organisations, but while a significant enabler, it represents just one element of much wider digital investment. We hear from Steven Boyle, CEO of Integrated Cloud Group, who discusses how cloud technology is only the beginning of true digital transformation for financial institutions.

Cloud is pulling the strings, but household names such as HSBC, Barclays, Lloyds Banking Group, and the Royal Bank of Scotland are increasingly investing in a host of transformative, agility-enhancing technologies such as biometrics, robo-advisors and artificial intelligence as they pledge to keep abreast with customers’ demands for faster, simplified banking interactions.

I see traditional organisations looking more and more to FinTech startups to build and integrate new functionality and that will improve services, allowing them to focus more on customer needs.

Last year, HSBC launched biometric security for mobile banking in the UK, claiming that it was the biggest rollout of its kind. The bank says that this will enable more than 15 million customers to access accounts, using voice or fingerprint recognition biometric technologies. Lloyds – which is looking at Amazon Echo technology for voice recognition – also passionately believes that such notions have huge implications for Britain’s 360,000 blind or partially sighted, potentially opening up banking like never before.

Certainly, to my mind, it all represents a significant leap forward for biometrics technology being used in the UK banking industry for the secure authentication of account holders.

First off the blocks was Barclays which has been using voice authentication in its call centres since 2013, and in 2014 announced plans to introduce finger vein recognition technology for some.

However, all HSBC customers will have access to fingerprint authentication services using the fingerprint readers that are built into Apple iPhones, in tandem with HSBC’s mobile banking app. Like Barclays, HSBC is using Nuance Communications voice recognition, which analyses over 100 unique characteristics to identify a speaker. Furthermore, once HSBC and First Direct customers have registered their finger and voice prints, they will no longer need to remember security passwords or PIN details. It’s clear to me that such innovations hold the potential to absolutely transform customer interactions.

Then there’s the much-discussed and analysed rise of the robots. The likes of Lloyds Banking Group, Barclays and Santander UK are further innovating with the introduction of digital robo-advisors – essentially, computer-generated recommendations based on online financial questionnaires  – which, it is thought, could help to fill the ‘financial advice gap’ for those with small savings pots who need investment advice but can’t necessarily afford it.

In this instance, the bank suggests how much to invest into certain funds, and then transacts on a customer’s behalf in return for a fee. While not necessarily a solution, it seems to me an important recognition of consumer needs in the wake of the retail distribution review which scrutinised the mis-selling of investment products and made it uneconomical for banks to provide advice. Certainly, platforms like Wealthfront and Betterment have already proved hugely popular – and it’s no coincidence that Lloyds jointly hosted an event entitled, ‘Can I Trust a Robo-Advisor?’ at London’s FinTech Week.

RBS is also reportedly planning to utilise robo-advisors across its investment and protection divisions as part of a cost-saving strategy that is expected to reduce the need for face-to-face advice.

Another parallel disruptor is the rise of artificial intelligence which is set to allow consumers to talk to a device and receive the information they are looking for. In fact, it’s already managing many banks.

A leading proponent of AI – predicated on the belief that data is king for the leveraging of informed decision-making and risk management – has been Barclays, which says that the notion of touching a device could soon be obsolete when it comes to executing transactions. The bank sees digital technology as being crucial to its future and believes that its customers could soon be talking to a robot computer system to perform simple transactions.

Lloyds Banking Group introduced the first networked ATM in 1973, and has continued to innovate, now employing Google analytics tools to analyse customer behavior, allowing it to better understand customer needs and meet them in real time.

Amid this unprecedented period of digital upheaval, the opportunities for the banking sector are effectively limitless – suddenly the walls have come down and there are extraordinary possibilities all around. Big banks are turning to technology for myriad reasons, but at the heart of the drive for transformation are significant economic benefits, matched by enhanced agility, less risk, and a better customer experience.

Those that think heightened technology means less of a customer relationship should, to my mind, consider the idea that it could in fact serve to free up time for banking staff that will actually facilitate, rather than, hinder relationship building. This will, in turn, allow more unique needs to be addressed while the more mundane tasks are quickly and automatically fulfilled.

As data security concerns are increasingly answered by better protection, it all makes for a fascinating road head for the banking sector as it embarks on the journey to new heights of speed, accuracy and efficiency.