Are There Any Countries That Are Already Completely Cashless?

Contactless and online banking have pulled cash out of the pockets of most people, and while there are those that believe cash will always be a vital part of the international economy, there are some parts of the world that are borderline cashless. Below Shane Leahy, CEO of Tola Mobile, elves into the possibilities of […] 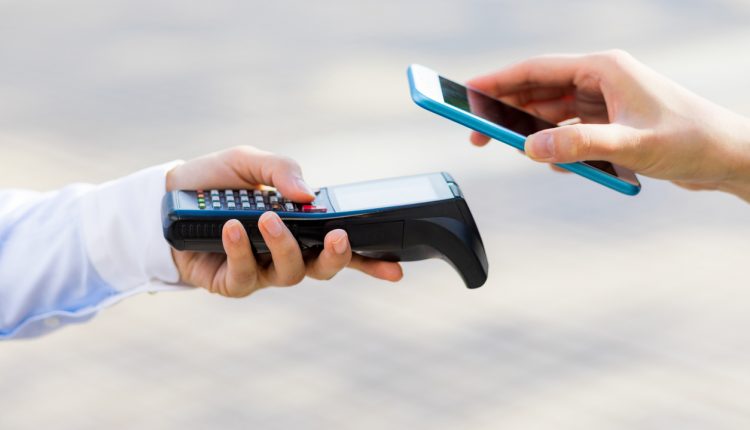 Contactless and online banking have pulled cash out of the pockets of most people, and while there are those that believe cash will always be a vital part of the international economy, there are some parts of the world that are borderline cashless. Below Shane Leahy, CEO of Tola Mobile, elves into the possibilities of cashless countries around the world.

With more digital payment options now readily available to consumers than ever before, the depreciation in use of traditional forms of payment, such as bank notes and the humble coin, has been inevitable. When we would once delve into our pockets for some cash, consumers today are now increasingly reaching for their mobile devices to complete purchases quickly and conveniently.

The rise of mobile payments technology over the last few years has played a particularly huge hand in enabling both merchants and customers worldwide to facilitate more cashless transactions. With the global mobile payment transaction market forecast to reach US$2.89 trillion in revenue by 2020, the rapid uptake of mobile-centric methods and the resulting shift towards a more cashless consumer culture is showing no signs of slowing.

Yet, not only have these technologies made fast digital payments accessible for smartphone owners in the more technologically advanced areas of the world; it has also empowered consumers in many emerging markets around the world to undertake instant and secure payments through their mobiles, without the need for physical cash or a registered bank accounts. In fact, it is these same developing regions in which we are now seeing the most widespread and advanced adoptions of mobile payment solutions, which are rapidly eliminating cash as a dominant form of payment amongst consumers within these markets.

One particular area of the world in which cashless payments have broken down many of the previous barriers to entry for both merchants and consumers is Sub-Saharan Africa. It has been demonstrating a rapid mass-market adoption of mobile money services of late and has so far outstripped the rest of the world in terms of its approach to cashless payments. So much so that it now accounts for more than half of the total 277 mobile money deployments worldwide.

One of the biggest driving forces behind this development has been mPesa, the mobile phone based money transfer service which now boasts over 30 million subscribers across various African countries, including Kenya, Congo, Tanzania, Mozambique and Ghana. Unlike apps such as Paypal and NFC-based mobile enabled credit card methods like Apple Pay and Samsung Pay which have been gaining traction in Western regions, the sheer simplicity of the technology required to conduct cashless payments across Africa has contributed to its growing uptake of mobile money options.

In contrast to these methods, which require users to invest in a modern and more expensive smartphones to utilise the technology, mobile money transactions across Africa can be carried out using the most basic handset and without needing an internet or data connection. By leveraging a low-level service menu provided on every GSM phone, this technology is widely accessible and therefore able to support the region’s current technological infrastructure.

What’s more, services such as Apple Pay and Paypal still also require users to link a bank account in order to complete mobile payments, making these methods largely inaccessible for the millions of unbanked consumers in developing regions. These factors also have an impact on merchants as they will have to pay more to process transactions conducted through a linked bank account, than they would if it was made directly through a physical credit or debit card.

With this and the growing preference towards cashless payment methods globally combined, it is unsurprising that the rate at which Sub-Saharan Africa is adopting mobile money is much faster than that of any other region. At the end of 2016, there were over 500m registered mobile money accounts in the region alone, a figure which has undoubtedly now significantly increased.

The establishment of mobile money across Sub-Saharan Africa is now giving much of its previously unbanked population unprecedented levels of financial inclusion and freedom to make purchases anywhere, at any time, a move which has undoubtedly played a significant role in the growth of cashless transactions and gradual decline in other payment methods. What’s more, these services have significantly reduced the concerns over carrying physical cash for consumers within these countries and have replaced them with a simple and secure means for them to instantly access funds and pay for goods and services.

Not only has this rise in mobile money use facilitated an increase in consumer empowerment; it has also paved way for merchants who have previously combatted against the region’s developing infrastructure, in which periods of downtime and network outages cause huge disruption and can often lead to lost funds when payments are made via credit cards. By ensuring a seamless and instant digital transfer of funds from customers to the merchants, the appeal of cashless options has increased dramatically, providing merchants with more business continuity and offering these countries an opportunity to drive economic growth.

While there is still some way to go before cash is rendered expendable globally, there are various countries Sub-Saharan Africa, such as Kenya and Tanzania which are currently leading the way in terms of changing consumer behaviour and quickly adopting a cashless approach. For now, cash still remains king across most Western and other countries. However, as consumers continue to seek convenience and security, it is certain that we will see a growing shift towards digital payment methods and a continued demise of physical cash worldwide.