Global Debt Hits All-Time High: To Panic or Not to Panic?

Written by Andrew Boyle, CEO of LGB & Co   With global debt hitting another record high in the first quarter of 2018, some are sounding the alarm over the threat of a new financial crisis. The global economy has been growing for a prolonged period, so the argument goes, and it is now at the […] 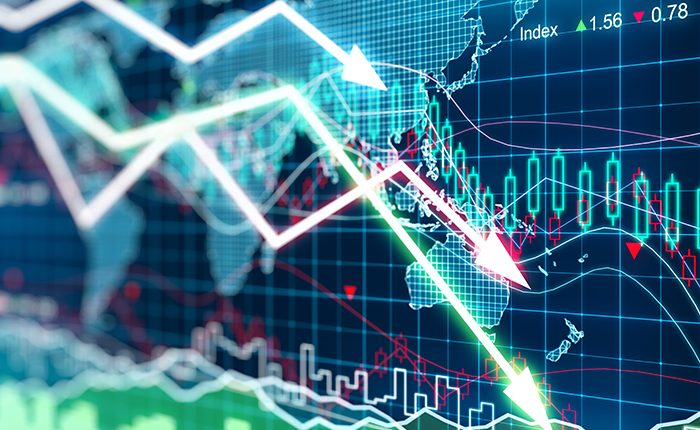 With global debt hitting another record high in the first quarter of 2018, some are sounding the alarm over the threat of a new financial crisis. The global economy has been growing for a prolonged period, so the argument goes, and it is now at the stage in the cycle at which something could go wrong. The latest figures from the Institute of International Finance (IIF) are undeniably eye-wateringly high. According to the IIF, the global debt mountain was $247 trillion (£191 trillion) in the first quarter of 2018. Meanwhile, the International Monetary Fund (IMF) has begun to warn that corporate and government debt is now higher than before 2008’s financial crisis at 225% of global GDP. The IMF also warned that governments in particular, and corporations, with elevated debt levels were “vulnerable to a sudden tightening of global financing conditions, which could disrupt market access and jeopardise economic activity.” But the current level of global debt may not be as destabilising as some fear. Taking into account its composition, we are probably better placed today to manage global debt than we were ten years ago.

Debt levels are high but have rebalanced

There are some differences between the 2008 financial crisis and now. The main one is debt which is now more evenly distributed. According to the IIF’s own figures, in the first quarter of 2018 household debt accounted for 19% ($46.5trillion) of global debt, corporate debt stood at 30% ($73.5 trillion), government debt at 27% ($66.5 trillion) and debts of financial institutions at 25% ($60 trillion) of the total figures.

Two things stand out. The first is that household debt has fallen a little in percentage terms, which suggests its current level is not excessive. The second is the increase in government debt and decrease in financial debt are almost the same. This is consistent with the objectives of the quantitative easing (QE) that we have seen since the financial crisis. QE involves financial institutions selling government and corporate bonds to central banks and on-lending the proceeds principally to companies.

Government debt can be good for economic growth

The debt to global GDP ratio has actually been falling for four consecutive quarters, according to the IIF. This is because global GDP has been picking up fairly robustly over the last year leading to incomes rising faster than debts. This should make the private sector debt burden easier to service, even if interest rates start to creep up.

While other factors are also at play, greater levels of public debt lead to private sector surpluses and stimulate economic activity. A simple way to look at this is that government expenditures include salaries and payments to contractors that are deposited into bank and savings accounts. Financial institutions then enable governments to balance their books by purchasing government bonds.

A substantial portion of a government’s deficit expenditure should be allocated to investment in infrastructure and innovation so that productivity gains will enable the additional debt burden to be serviced through rising tax contributions. Infrastructure investment and support for innovation are certainly high up on the UK government’s agenda. Of course, we will only know in hindsight if its allocation of resources to these areas has been adequate.

There is a fear that corporate debt is now so high that should interest rates rise suddenly, many companies would be unable to service the increased interest. Once again, the aggregate level of debt is not the only factor to consider.

In fact, many large corporates have huge stockpiles of cash sitting idle. US corporations alone are estimated to be sitting on around $2.1 trillion at present. While admittedly the majority of this cash stockpile is held by the US giants, corporates overall have borrowed fairly responsibly and have, in general, manageable maturity schedules. Corporate net debt levels are sitting around their 30-year average, so while the headline figures look alarming, the ability of most companies to cover their debts is reasonably robust.

Moreover, central banks have been at pains to point out that they are in no hurry to hike interest rates. Levels of government borrowing make them inclined to do so only if absolutely necessary.

When the Bank of England raised rates on 2nd August, its main concerns were the tightness of the labour market and firming of unit labour costs, and the impact that these factors might have on inflation. However, its Monetary Policy Committee concluded that any future increases in the Bank Rate were likely to be at a gradual pace and to a limited extent. Markets currently forecast that the Bank of England will only hike interest rates once next year and once again in 2020 taking the UK base rate to 1.25%. At this rate of increase it may not be until the 2030s that we reach the interest rate levels last seen in 2008.

In the US, while the Federal Reserve has already begun hiking interest rates and done so at a slightly faster pace, this has been justified by the fact that its economy is growing more quickly than the UK’s. It also still has more than $4 trillion of QE to unwind and, as was seen in February, any attempt to speed up the process up is likely to lead to a sell-off on Wall Street. So, the US Federal Reserve is likely to continue to tread carefully as will the Bank of England and the European Central Bank (ECB). Any rise in interest rates and any unwinding of QE will happen at a slow and gradual pace.

Many countries have run into trouble by borrowing in foreign currencies. For example, Argentina has $4.1 billion in debt to pay this year and $13.3 billion in 2019, of which $3.4 billion and $5.9 billion are denominated in US Dollars. The recent collapse of the Peso and hiking of interest rates to 60% have made its position precarious.

Turkey too has seen a 40% plunge in the value of its currency, the lira, as well as high inflation. Turkey faces a series of problems, not least of which, around $179bn of Turkish external debt matures in the year to July 2019, equivalent to almost a quarter of its annual economic output. Most of the maturing debt — around $146 billion — is owed by the private sector, especially banks. With luck the knock-on effect of Turkey’s difficulties is likely to be minimal. While the collapse of the lira has an obvious and crippling impact on their ability to refinance that debt, no foreign financial institution has lent so much to Turkish companies that it is at risk of collapse, although some may take a significant hit.

The main concern is that the crises in Argentina and Turkey will spread to other countries and that the current strength of the US dollar puts at risk the $3.7 trillion of dollar denominated debt that has been borrowed by emerging market economies in the past ten years. But the current dollar strength will probably also hold back the US Federal Reserve from raising interest rates for fear of putting the whole of that debt at risk.

It is possible that significant currency movements will be triggered by political developments such as Brexit or international trade disputes. For the time being the pattern seems to be a sharp rhetoric from political leaders followed by compromise or a shift in position.

And then there is China. In 2007, China accounted for just 4% of global debt, but this had ballooned to 15% by 2016. When critics of global debt talk about their concerns about a looming crisis or fresh financial crash, a large part of that is bound up with concerns about China and it’s not hard to see why.

Corporate bank-borrowing has exploded since the global financial crisis. It is harder to understand where debt is being invested in China and there are many who are suspicious that much of this money has been wasted risking a destabilising financial crisis or long-term stagnation in the world’s second largest economy.

Debt in Chinese state-owned entities (such as banks) stands at 115% of GDP, but equally China is a huge creditor nation. Meanwhile, the pace at which debt is being accumulated in China has been falling for a number of years, so it is likely that the risk presented by debt in China is also falling.

Have the lessons been learnt?

Taking into account the composition of global debt, it does seem that the risks to the world’s financial system are less than implied by the absolute level of borrowing. The exposure to households, corporates and financial institutions is proportionately less than it was ten years ago. Debt service costs are low. Nevertheless, events in Argentina and Turkey highlight the need for all borrowers, whether governments or in the private sector, to match borrowing with the resources to pay.