The Path of Virtual Currencies: The 4 Trends to Watch Out for

Benjamin Bilski, who’s been named in Forbes 30 under 30 and is the Founder and Executive Director of The NAGA Group AG, a publicly listed FinTech that unites financial, cryptocurrency and virtual goods markets, discusses upcoming trends and predictions for the future of the cryptocurrency sector. When it comes to virtual currencies, 2018 will go […] 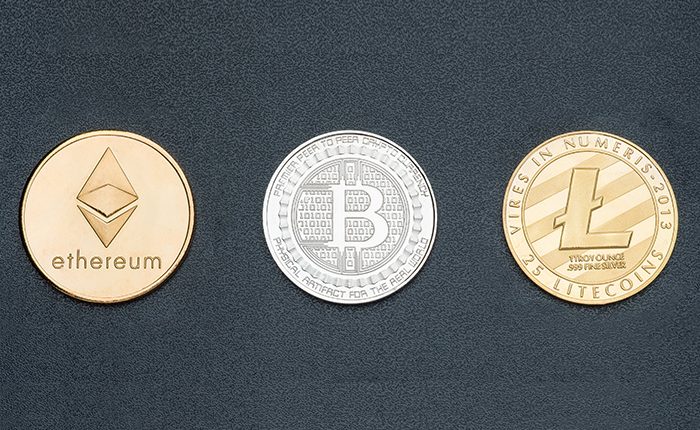 Benjamin Bilski, who’s been named in Forbes 30 under 30 and is the Founder and Executive Director of The NAGA Group AG, a publicly listed FinTech that unites financial, cryptocurrency and virtual goods markets, discusses upcoming trends and predictions for the future of the cryptocurrency sector.

When it comes to virtual currencies, 2018 will go down in history as the year in which experts and renowned economists proclaimed the death of cryptocurrency, yet again, due to the deep plunge of the global market cap from its all-time high of over $850 billion in January to below $200 billion at the time of writing this. Bitcoin has faced a price decline of almost 70% from its peak of $20,000 in December 2017, tech giants imposed bans on crypto ads and the US Securities and Exchange Commission (SEC) just suspended ETF trading in two crypto-based securities. The list of negative news goes on.

However, cryptocurrencies have been declared ‘dead’ over 300 times to date and after resurrecting so many times, it is fair to say that “what doesn’t kill you only makes you stronger”. Pessimists often disregard the fact that cryptocurrencies once again have demonstrated their resilience against volatility and price shocks. To put things into perspective: in 2011, Bitcoin was valued at only $0.23, a year ago – at $2500 and today, it’s worth almost $6000 – despite the plunge. Therefore, it’s far too early to say farewell to cryptocurrencies. Technologies that shift the paradigm often take a long time to be fully understood before they gain real traction. I believe that the recent cryptocurrency bubble burst marks the beginning of a far more interesting era.

4 cryptocurrency trends to watch out for

1.Maturity kicks in after the bubble

The recent burst of the crypto bubble is the result of a rampant ‘gold rush’ and everyone’s fear of missing out. Ventures without strong fundamentals or good tech embarked on unrealistic projects, trying to gain the attention of investors who were driven by the prospect of getting rich quickly. $5,6 billion in 2017, a staggering $6,3 billion in the first quarter of 2018 (or 118% of the total for the previous year) – sums in ICO funding were skyrocketing. However, many of them were scams, and under the pressure of price collapse, over 800 coins went dead.

But this is actually good news. Certainly, the losses many investors had to face are infuriating, but the disappearing of ‘dead coins’ will also sort out the bad apples. As part of a self-cleaning process of the market, remaining projects with real value will have a better chance of showing stable and organic growth. Eventually, naked greed for short-term profit will give way to long-term projects of true Blockchain utility that investors and interested parties can track. This process of maturation with serious players emerging is likely to decrease volatility and increase market stabilisation

2.More regulation to come – though limited on national levels

At the same time, the crypto economy can expect more regulation to come across the globe as a result of the recent bubble and the underlying ICO fraud. Whether we look at South Korea’s decision to recognise crypto exchanges as regulated financial institutions and banks, or the recent legislative developments in Australia: regulators are looking to catch up.

Although one would think that regulation may be detrimental to cryptocurrency, it will eventually be central to its future. Without proper regulation, cryptocurrency investors and those participating in ICOs will have little protection, should their digital wallets be compromised. Recent surveys have shown, however, that 40% of traders see lack of security as one of the biggest concerns. As regulation of cryptocurrencies rises, investors’ faith in them will rise, too.

However, the capacity of regulation will not create a panacea for the cryptocurrency sector. Across the world, we will see more regulation on nation-state level but not so much on international. This is likely to maintain some uncertainties for investors since national regulation runs contrary to the global and transnational conception of cryptocurrencies.

Though cryptocurrency has previously garnered minimal investments from larger institutions and hedge funds due to its volatile nature and non-regulatory framework, the industry as a whole can expect major shifts in the long run. Plans of multinational investment banking giant Goldman Sachs to open a cryptocurrency trading desk have laid out, although there’s no official confirmation that the project will be realised.

However, Goldman Sachs CEO’s comments that it’s too “arrogant to deny cryptocurrencies” signify that even institutional investors see imminent winds of change for the entire financial sector thanks to the evolution of cryptocurrencies. These indications of further mainstream adoption will have an impact on price, even before there is significant institutional activity. Eventually, this will encourage many pessimists to enter the cryptocurrency market which will further lead to a legitimisation of virtual coins as an asset class.

As the adoption of cryptocurrencies by start-ups and more established institutions is gaining ground under the new frameworks, the higher demand for Blockchain technology talent will fuel a next generation of engineering jobs across the globe. Even now, Blockchain jobs are the second fastest growing market and the future is promising more. The latest quarterly skills index by global freelancing website Upwork shows that the fastest growing skill in the United States during the second quarter was Blockchain. On the other side of the globe, Asia has seen a 50% increase in the number of roles related to Blockchain or cryptocurrencies since 2017.

Education plays a crucial factor in here. As demand for greater understanding of these technologies grows, business schools and universities are rushing to launch courses on cryptocurrencies and Blockchain. Currently, 42% of the top 50 universities offer at least one class related to Blockchain or cryptocurrencies. And I’m sure there’s more to come.

While the cryptocurrency landscape is still nascent, there are a lot of exciting developments happening. With the market maturing after the bubble burst, growing regulation, the attraction of new investors and the ensuing creation of crypto-related jobs, the future promises a lot of exciting things for the sector. All these trends will pave the way for mass adoption of cryptocurrencies and its acceptability as an asset class.

A Guide to Cryptocurrency Backed by Precious Metals