After Carillion – Where Now for Corporate Accountability?

Carillion’s 2016 annual accounts carried the now-ironic tagline: “Making tomorrow a better place”. By mid-2017, the company was issuing profit warnings. By January 2018 it collapsed completely, leaving debts of £7 billion in its wake. 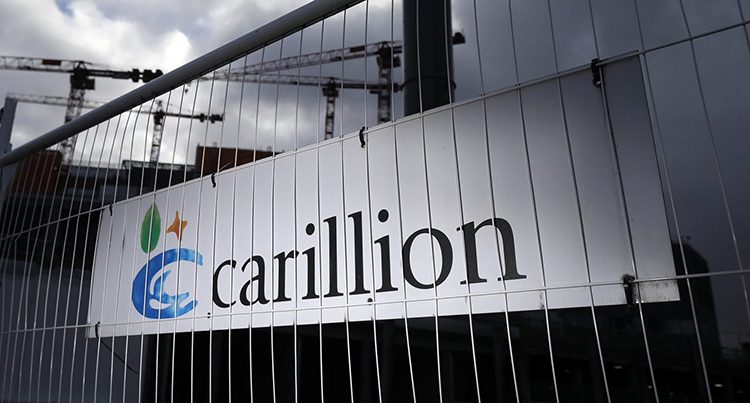 MPs squarely blamed the “recklessness, hubris and greed” of Carillion’s directors for the debacle.

Carillion’s collapse wreaked financial havoc on public services across the UK. Thousands of workers saw their jobs vanish overnight. Yet Carillion’s directors walked away relatively unscathed. One year after the company’s demise, Anca Thompson from Excello Law explores how corporate accountability can be imposed on public services firms.

In 2016, Carillion was the UK’s second largest construction company with annual revenue of over £5 billion and 43,000 staff globally. Yet the company was clearly not too big to fail. As the media trawled through the wreckage left by Carillion’s collapse, many commentators asked: “Where were the regulators?”

A joint report by two House of Commons select committees found that directors had prioritised executive bonuses and shareholder dividends over pension payments for staff – even as the company veered towards bankruptcy.

“The chronic lack of accountability and professionalism now evident in Carillion’s governance were failures years in the making. The board was either negligently ignorant of the rotten culture at Carillion or complicit in it.”

The report stated that: “The chronic lack of accountability and professionalism now evident in Carillion’s governance were failures years in the making. The board was either negligently ignorant of the rotten culture at Carillion or complicit in it.”

Carillion’s auditors, KMPG, also came in for criticism, with one MP saying he would not trust the firm to audit the contents of his fridge. MPs found that Carillion’s Finance Director thought that making adequate pension payments for staff was “a waste of money”.

The joint committee recommended a wide-ranging overhaul of the UK’s systems of corporate accountability. The Financial Reporting Council’s Code of Corporate Governance, issued in July 2018, is perhaps a modest first step in the right direction. Yet a year after the Carillion fiasco, the question still being asked is: how can effective corporate accountability be imposed on public services firms?

At the point of its demise, Carillion held live public contracts to build Crossrail, HS2, hospitals, schools, roads and other critical infrastructure. It was also responsible for maintaining railways, 50,000 military houses and half of the country’s prisons. When profit-making companies become crucial to building and maintaining essential public infrastructure, the ordinary public interest in good corporate governance becomes a national interest.

The anniversary of Carillion’s collapse saw plans to exert tighter controls on public service contractors being backed by 65% of 750 directors. These plans would involve the creation of a new Public Service Corporation and enhanced legal obligations for companies to balance their responsibilities to shareholders and other stakeholders, including employees, creditors, pensioners and local communities.

Yet a year after the Carillion fiasco, the question still being asked is: how can effective corporate accountability be imposed on public services firms?

Section 172 of the Companies Act, 2006 already sets out a general director’s duty to promote the success of the Company and in doing so “have regard” to the interests of the company’s employees, the community and the environment, for example, when running a company. Having such notional general duties on the statute books is well and good. However, the crucial thing is how such duties are defined, monitored and enforced.

While paying increased lip service to ideals of corporate responsibility is a positive step, the real question is how meaningful reform will be brought to fruition through specific regulation and law. A key question is how to monitor the impact a company has on local communities. Whole towns and cities can come to rely for their economic survival on a single large corporation. The government’s £60 million incentive for Nissan to build new lines of cars in Sunderland springs to mind. Yet companies providing key public services clearly must have a particular duty to consider the public good.

The way that oversight of public services companies is exercised will be critical to securing successful change. The precise extent of directorial accountability should be specified in practical and comprehensible terms.  What criteria will guide a board of directors facing such broad responsibilities?  What is the balancing exercise when directors’ duties to employees and shareholders, for example, stand in stark opposition? Should community, government, taxpayers or employee representatives have a seat on the boards of companies performing public services?

The suggested solutions have ranged from the reform of directors’ limited liability to breaking up the Big Four accountancy firms, who were roundly criticised for their lenient handling of Carillion’s books. Others suggest that if directors were largely paid in shares – which they could not sell for a number of years – then it would be in their personal financial interest to ensure the long-term viability of companies.

On the other hand, if the UK’s corporate governance regime becomes too draconian, do we risk scaring away foreign investors and the jobs they bring? Would such a move be wise when many investors are already concerned by the uncertainty surrounding the actual political climate of indecision when we exit the EU and how?

Whatever solutions the government eventually alights upon, the way that any new corporate governance regime is defined and implemented will require a great deal of fine-tuning in order to strike the delicate balance between free enterprise and good corporate citizenship. I think the times are moving towards a sensible compromise that will certainly benefit civic attitudes and society overall.

The Best European Destinations for People Who’ve Seen it All