As recently as 2017, the meteoric rise in the popularity (and value) of cryptocurrencies like Bitcoin had people wondering when they might supplant fiat currencies for good. Then, the bubble burst and those lofty hopes faded. The major losses that followed didn’t kill the crypto industry, but it did force a wholesale reexamination of what […] 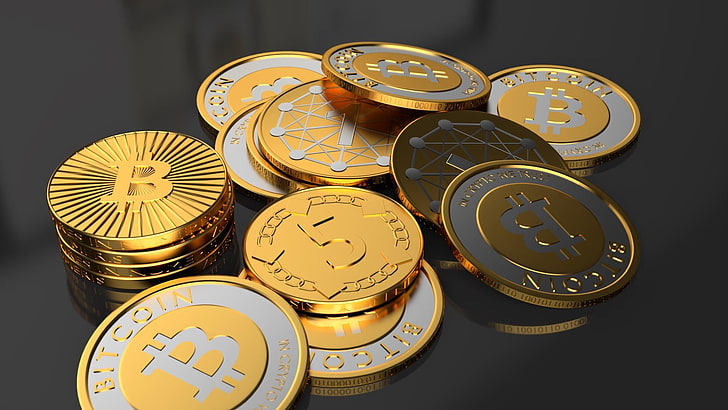 As recently as 2017, the meteoric rise in the popularity (and value) of cryptocurrencies like Bitcoin had people wondering when they might supplant fiat currencies for good. Then, the bubble burst and those lofty hopes faded. The major losses that followed didn’t kill the crypto industry, but it did force a wholesale reexamination of what the future of cryptocurrencies and the technology that makes them work would ultimately be.

Big corporations were quick to jump on blockchain (the technology underpinning Bitcoin), sensing it to be the next big thing in data technology. So far, the jury’s still out on how well they’ll succeed. At the same time, interest in cryptocurrencies in the world of finance has waned considerably. Major financial institutions have relegated the technology to internal systems like inter bank and cross-border transactions, leaving the consumer-facing side of blockchain very much in doubt.

There is one company, however, that hasn’t given up on bringing cryptocurrencies into the mainstream of the consumer finance world. It’s called TomoCredit, and it offers a rewards charge card unlike any other. Their card pays its rewards to users in the form of their choice of cryptocurrency. Here’s an overview of how it works and why it’s an attractive option for those looking for a new card.

An Unheard of Return Rate

Anyone who has looked into the latest in credit card offers knows that there are more rewards cards out there than ever before. They offer users everything from gasoline discounts and frequent flier miles to free hotel stays and retail shopping perks. The most popular reward, however, is offered by cash back credit cards. It’s possible to find credit card offers that pay back as much as 5% of total purchases, which seems like an unbeatable deal.

That’s what makes the TomoCredit card so interesting. It pays users rewards in the cryptocurrency of their choice, at a rate of 10%. That’s double what you’ll find with conventional cash back cards, and if you play your cards right, the cryptocurrency could appreciate in value before you exchange it for goods or fiat currency.

A Card for Young People

The other thing that sets TomoCredit apart from the competition is the fact that it’s designed specifically for people with little to no credit history. They use cash flow underwriting instead of credit scores to approve applicants for the card. That means they leverage the good payment habits of their customers to extend more credit to others. It’s also the reason that the card is a charge card, not a credit card.

With every account settled at the end of each month, TomoCredit isn’t taking the risk that they’ll have to float huge outstanding balances. That offers them some insurance against bad actors, limiting losses if a user doesn’t pay. Altogether, it’s a complete reimagining of what a 21st-century credit account can be – and it seems to be generating enormous interest among the card’s target demographic.

TomoCredit started allowing sign-ups in mid-August, and in that time, they’ve amassed a waitlist of 50,000 interested applicants. At present, invitations to apply for the card are going out on a first-come-first-served basis. When you consider that the business is relying on word-of-mouth to advertise their offering, that’s a big response in a short time.

This month, TomoCredit expects to begin issuing cards to the first approved users, beginning their monthly operations. With the number of people who’ve expressed interest in the card, it’s possible that the company could represent one of the first real-world fintech firms to bring cryptocurrencies to a mass audience.

Better still, they’ll be improving access to credit for people who have few alternatives in traditional credit markets. Time will tell if TomoCredit will ultimately succeed, but they’re already an attractive option for card-hunters to consider – and that’s a great start.

For All the Talk of a Fintech Revolution, It Is Only Just Beginning