Navigating the Funding Landscape in a More Uncertain Environment

Navigating through uncertainty is a challenge but also an opportunity. Concerns over GDP growth, dislocation in the equity and bond markets and fears surrounding Brexit have complicated the fundraising landscape. 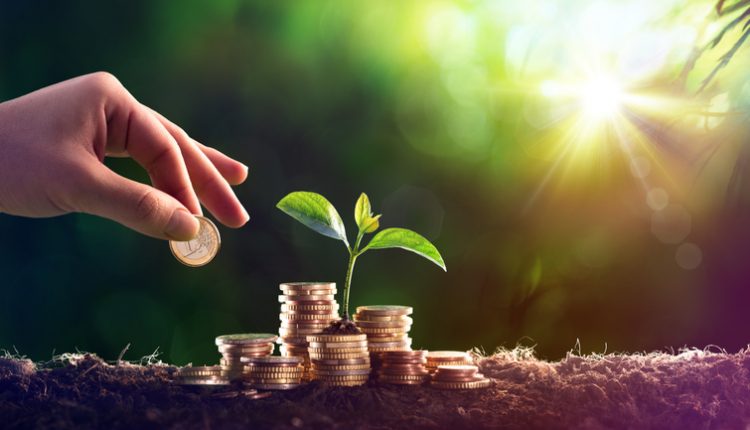 Sam Smith from finnCap Group says that for small to medium-sized companies with scale-up plans, this more uncertain climate poses questions about whether they can access the financing they need to fund their growth.

However, sources of capital to back growth companies have actually increased. Government supported institutions such as the British Business Bank, regional growth funds, the bank financed BGF and its early-stage-funding subsidiary BGF Ventures are all helping SMEs with their funding needs.  Alternatively, there are Peer2Peer lenders, venture capitalist and private equity houses with significant funds to deploy. Meanwhile, AIM as one of Europe’s best scale up exchanges remains a resilient source of capital. At finnCap, we work with a wide range of these institutions to supply funding opportunities for growing companies looking to scale up and the insights we have drawn from these relationships inform our view of the changing fundraising arena outlined below and how growth companies can best steer through this more complex environment.

There are currently clear concerns about financing growth. These stem from a range of factors, including equity and bond market dislocation, the likely withdrawal of the EIB from the UK and largely Brexit inspired uncertainty around GDP growth and Brexit. In 2017 the EIB group lending was €654m to UK SMEs, which was some 42% of the organisation’s total funding commitments.

Meanwhile, banks which, following the 2008 financial crisis, have scaled back their lending to small and mid-cap businesses, are a continuing source of concern. SMEs make up 99% of private businesses in the UK and account for more than half of all employment and turnover. However, lending to small businesses last year remained static, with the £7bn of new loans drawn in the third quarter of 2018 compared with £7.1bn in the previous quarter, according to the most recent data from UK Finance.

Lending to small businesses last year remained static, with the £7bn of new loans drawn in the third quarter of 2018 compared with £7.1bn in the previous quarter, according to the most recent data from UK Finance.

In addition, equity markets remain turbulent with FTSE 100 losing 12.5% in 2018, with most of this downturn occurring in the final quarter of the year, and meaning that the index’s suffered its worst performing year since the financial crisis in 2008. Similarly, AIM also suffered losses in the final quarter of last year, despite outperforming the main market for the first three quarters.

Although the present financial climate does pose challenges, there is a range of funding alternatives available to companies searching for scale-up capital. Some of these opportunities in the funding landscape have stemmed from Government driven initiatives. As a national investment programme, the British Business Bank (BBB) was initiated to improve the supply and mix of funding available to SMEs through the development of a wide variety of initiatives.  Overall, in the four years to 2018, the BBB has facilitated some £5.2 billion of additional funding for SMEs through its range of programmes and partnerships. This includes the establishment of regional powerhouse funds such as the Northern Powerhouse and Midlands Engine, which offer a mix of equity and debt solutions, with the former providing SMEs with £31m of funding in its first year.

A further potential source comes from the Alternative Remedies Package (ARP), proposed by the European Commission and UK Government, which has the Royal Bank of Scotland (RBS) backing the £775m scheme to provide greater financing options for growth businesses. Some £425m makes up the Capability and Innovation Fund, which helps facilitate and encourage eligible bodies, including challenger banks, to develop and improve their financial products and funding services available to SMEs.

VC investment in UK SMEs was £5.96bn over the course of 2018, which was more than 1.5 times the level invested in fast-growth businesses in Germany.

In addition to Government supported initiatives, the funding landscape today is far broader than a decade ago with an array of capital raising opportunities to consider for companies searching to scale up. Private equity and venture firms have substantial funds to invest. For example, private equity houses invested some £3.2bn in UK SMEs in the first half of last year, which was up 12% year-on-year and the trend stayed strong over the second half of the year. Similarly, VC investment in UK SMEs was £5.96bn over the course of 2018, which was more than 1.5 times the level invested in fast-growth businesses in Germany.

The alternative lending industry, which includes challenger banks, private debt and Peer2Peer lenders, which emerged following the financial crisis – partly resulting from the unwillingness of banks to lend to SMEs – has matured over the past decade. As an example, Funding Circle as a leading P2P funder has become an increasingly important source of funds for businesses in recent years, accounting for around 10% of all lending to SMEs in 2017, according to the Cambridge Centre for Alternative Finance.

Despite the instability of 2018’s last quarter, AIM is still well-positioned and remains Europe’s top market for fast-growing firms looking to go public. Last year it was responsible for 59% of the funding secured by growth companies across European bourses, raising £5.5bn across 398 separate deals. This compares well with £17.7bn for the entire main market in London.

In fact, AIM has performed well amongst the backdrop of Brexit. There were 42 IPOs on AIM in 2018 raising £1.6bn for growth companies, compared with 49 IPOs a year earlier raising £2.1bn – itself a 97% increase on the money raise in 2016. Furthermore, AIM still after 24 years continues to play a vital role in helping SMEs to scale up, while also including a range of more mature businesses, which have prospered on the market, offering a better balance of risk for investors.

The alternative lending industry, which includes challenger banks, private debt and Peer2Peer lenders, which emerged following the financial crisis – partly resulting from the unwillingness of banks to lend to SMEs – has matured over the past decade.

finnCap Group plc itself provides private fundraising, corporate finance, debt advisory, sell and buy side advisory and trading services to 125 public and private growth companies, to help them find the right investment for growth and access capital. Since it was established in 2007, finnCap has helped raise more than £2.6bn of new capital to support corporate clients.

finnCap Group plc’s listing on AIM last December illustrates our confidence in the market as a source of growth capital for companies and its key role in helping to further their growth. AIM also remains the first choice to raise capital for a wide range of companies from across the economy, with the sheer diversity of its constituents a key strength.

The broad range of alternatives and continuing attraction of AIM should be a salient reminder that scale-up capital is still available and Britain and the country’s growth businesses should be able to play a strong role in powering the growth of a more global Britain.