Something is seriously wrong with the European banking system. 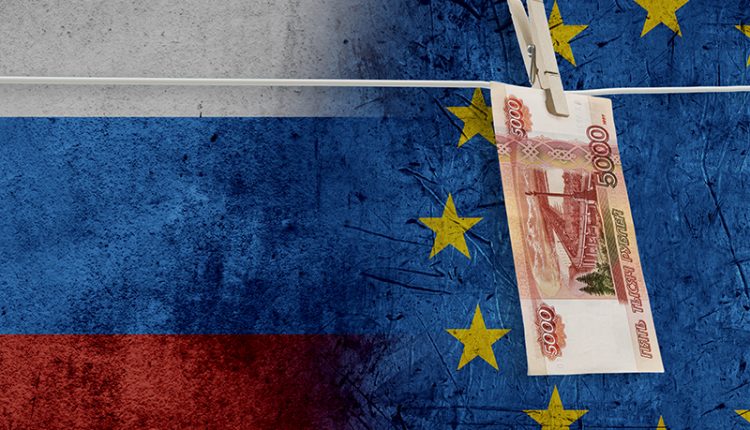 Blow by blow, a wave of claims has hit an increasing number of European banks who are alleged to have handled suspicious transactions involving Russian money. European banks such as Raiffeisen Bank, Sweden’s Swedbank AB and Finnish financial services group Nordea are some of the latest firms that have been drawn into Europe’s expanding money-laundering activities. The scandal first came to light when US authorities led an investigation into Latvia’s ABLV bank, accusing it of institutionalised money laundering, but the first major bank who was questioned over illegal activities back in 2017 was Danske Bank A/S after a whistleblower raised suspicions over the origins of billions of euros that had flowed through the Danish bank.

Investigations are currently underway after the most recent claims and the constantly increasing number of revelations suggests that the surprises won’t stop here. And although it may take months for regulators and enforcers to determine if any of the allegations from the past few months are substantiated by fact, the question on everyone’s lips is: if the claims are true, why do European banks continuously fail to detect the movement of illicit funds? What is wrong with the European banking system?

The how and the why

As Gregory White explains for Bloomberg, the transition to capitalism in Russia and its neighbouring countries set off a wave of hundreds of billions of dollars flooding out of the ex-Soviet Union. In most cases, the money was routed through offshore zones with restricted controls which predisposes for difficulties in telling the difference between legitimate business and illicit flows from criminal activity. This, in turn, led to some of this cash being moved to prominent international banks. What is interesting is that most of the banks accused of laundering Russia’s dirty money are either Baltic banks or Nordic banks that have Baltic units; in the case of Danske Bank, for example, $230 billion of suspicious transactions were allegedly handled by the bank’s branch in Tallinn, Estonia.  On the one hand, financial institutions that operate across border tend to find themselves linked to suspicious activity oftentimes due to the difficulties they face when creating platforms and handling funds in foreign countries where a number of issues such as language differences could result in various complications. However, why is the wrongdoing so heavily focused on the Baltics?

A team of researchers estimated in 2017 that Russians’ offshore wealth is about $1 trillion, or the equivalent to three-quarters of the country’s GDP in 2015.

After the dissolution of the Soviet Union in 1991, the banking industries in all Baltic nations were thriving, partially because they began servicing flows of Russia and the rest of the former Soviet Union nations. According to regulators, a lot of banks started opening accounts for individuals and companies based in other countries (called ‘non-residential portfolios’), not questioning who the individuals were or where the cash came from. Due to tighter regulations, over the past decade banks have ceased doing business with clients who are believed to be dodgy, but past practices have left their mark on the Baltics’ banking industry.

Estimating the scale of the criminal activity is a difficult task due to launderers’ hard work to disguise the origin of their money and the fact that not every transaction that looks questionable is actually illegal. A team of researchers estimated in 2017 that Russians’ offshore wealth is about $1 trillion, or the equivalent to three-quarters of the country’s GDP in 2015.

Where are the regulators?

The key paradox in all of this is the lack of a centralised European authority tasked with investigating and prosecuting money laundering cases. To this day, the authorities that have been expected to investigate financial crime allegations have been local police and national regulators, which naturally leads to a mishmash of different laws and practices.

The key paradox in all of this is the lack of a centralised European authority tasked with investigating and prosecuting money laundering cases.

In September last year, in an attempt to tackle money laundering, the European Commission proposed tightening regulations and changing banking supervision, however, the introduction of a centralised agency is not on the agenda. For a long time, the European Banking Authority (EBA) has mentioned its physical inabilities to combat financial crime in the EU’s 28 states, due to being understaffed and not having enough power. At present, only two out of EBA’s 170 staff members work on money laundering cases.

The one thing that is perfectly clear is that the existing gaps need to be filled – exploiting the European banking system shouldn’t be as easy as it seems to be. Relying on two people to monitor and investigate financial crime across all EU member states and all of their banks is unacceptable. Harmonising existing rules in the EU to investigate and punish money laundering would be a good place to start, but ultimately, the European Commission needs to increase its efforts in the fight against money laundering and introduce a centralised authority to crack down on flows of dirty money.