Why Would Debenhams Rather Go into Administration than be Taken Over by Mike Ashley?

And is there anything he can do to change that? 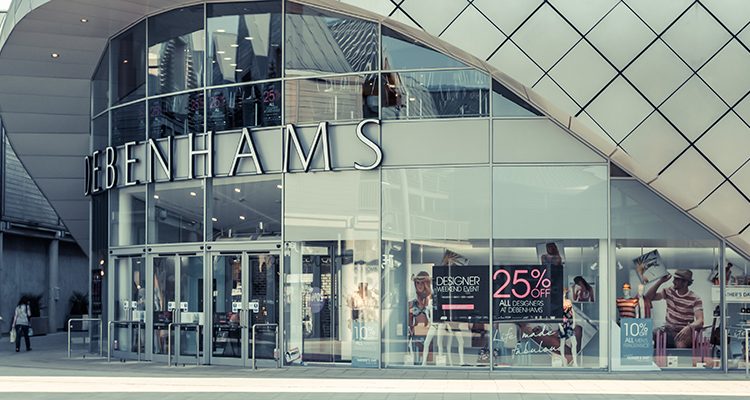 As Debenhams becomes the latest casualty of the failing British high-street, Neil Clothier, Head of Negotiations at global sales and negotiation skills development company, Huthwaite International, which over the past 30 years has trained senior negotiation professionals across the globe, examines how businessman Mike Ashley has approached the situation. Has his aggressive approach irreparably damaged his chance of a successful takeover, or does it show his passion for the brand and its stakeholders?

With the announcement of Debenhams’ struggle to turn a profit and pay back any proportion of its mounting debt, Mike Ashley – on paper at least – should have been a favourite to take over the running of the department store chain, rescuing it from the brink of collapse. However, unfortunately for Mr Ashley and his now worthless assets, the Debenhams lenders have taken a different tact.

For Mike Ashley, it could be that his reputation preceded him, and ultimately thwarted his efforts. In business, as in life, a reputation for a heavy-handed approach, a penchant for taking risks, and a very narrow approach to negotiation can leave our peers feeling wary.

Over the past few years, we have seen Ashley adopt a particularly aggressive approach to his negotiations time and time again, with a ‘my way or the highway’ attitude. This technique is well known throughout the world of business, and indeed politics, often referred to as the ‘mad man’ technique, an approach used by some of the most powerful people in the world – namely Presidents Trump and Nixon among others. Its characteristics include emphasising an initial stance – often extremely bold or aggressive – which will then help pave way for a lesser, but still related, demand. It also makes one’s opponents think that the negotiator is unpredictable and willing to do anything to get their way – which may even mean pulling out of the deal altogether.

In a sensitive negotiation environment such as this, a more nuanced approach is often needed. In business negotiations, compromise is key – an effective outcome would result in a win-win for both parties involved, but this relies heavily on both parties being willing to negotiate in the first place.

However, while it’s a risky approach, it does work on occasion. In this case, it’s likely Mr Ashley headed into these negotiations with a bold stance because he quite understandably wanted to protect hundreds of jobs and shareholder assets. However, this display of passion was not well received and has led to the Debenhams lenders steamrolling in and wiping his offer off the table – which has certainly been a source of contention for many.

In a sensitive negotiation environment such as this, a more nuanced approach is often needed. In business negotiations, compromise is key – an effective outcome would result in a win-win for both parties involved, but this relies heavily on both parties being willing to negotiate in the first place. With Mike Ashley wanting to do things his own way, and making that very clear, and the Debenhams lenders ultimately in the position of power – potentially possessing negative preconceptions of what entering into business with him would look like – it doesn’t leave Mr Ashley with much of a leg to stand on, unless he’s willing to make serious concessions to the offer he’s put forward or can put forward a far more persuasive case.

Negotiations are about compromise for both parties and focusing the commentary on what is mutually beneficial for all key stakeholders involved. In the case of Debenhams entering into administration, Mike Ashley must look to emphasise that it’s not just his own personal investment at risk, but that of other shareholders, lenders, and the jobs of thousands of employees and impact on contractors too. This case, if put forward in the right way, should ultimately align with Debenhams’ intentions.

In the case of Debenhams entering into administration, Mike Ashley must look to emphasise that it’s not just his own personal investment at risk, but that of other shareholders, lenders, and the jobs of thousands of employees and impact on contractors too.

It is vital that negotiators in this type of sensitive situation steer clear of harsh language and rash behaviour, and instead take a much more thoughtful approach, remaining open and flexible in order to create the positive climate needed for a successful negotiation. This is never more important than in the final stages of a negotiation process, or indeed in this case when Mike Ashley will be looking to persuade parties to reopen talks. It means ensuring that both parties are willing to head back to basics and reassess the ideal outcome for both sides and adjusting the tone of his discourse accordingly, and this could prove to be a far better strategy yielding greater success than the mad man approach.

It will be interesting to see the final outcome of the Debenhams takeover, and whether Mike Ashley does indeed get his way. However, what’s concerning is that he is already falling into the habit of ‘dirty negotiation tricks’ – often a last resort – which are designed to deliberately irritate the opposition and provoke them into action. In this case, we see rash public outbursts, a controversial post-announcement statement expressing his opinion that the Debenhams deal was simply ‘a long-planned theft’ and his new threat of legal action. These, of course, will completely close off the chance of any future productive dialogue, so it would make sense for Ashley to change tact if he wants any further progress. In some instances of negotiation, putting ego or frustration aside and recognising and respecting opponent power can result in the best outcomes

If you want to hear about how Huthwaite International can help your team increase negotiation skills and business revenue for your company, contact enquiries@huthwaiteinternational.co.uk