Is It Time for Banks to Throw in the Towel?

Throwing in the towel isn’t done lightly. It requires a complete and utter admission that you can’t win. 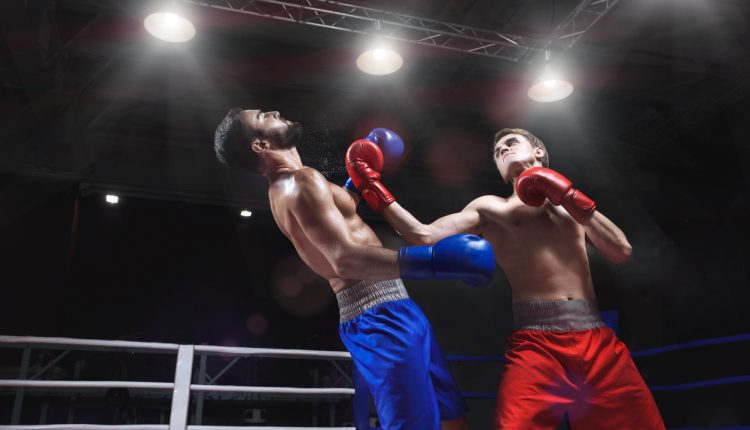 In this light, following increased pressure from digital banks, legacy banks have yet to follow Muhammad Ali, Joe Frazier III and Danny O’Sullivan’s example. Here David Murphy, EMEA & APAC Banking & Insurance Lead at Publicis Sapient, explains that while newly created fintech companies have stepped into the ring and landed a few punches on traditional banks by being quick and nimble, they are by no means facing a knock-out.

Legacy banks shouldn’t underestimate the challenge of newly created digital banks. By relying on their tech, rather than reputation, digital banks have shaken up the financial sector in the last five years. Exploiting poor customer service and lack of innovation in many parts of the industry, tech-driven fintech startups such as Monzo and Starling Bank have won over customers with simple, low-fee, mobile-first products and services.

The market share for current accounts of the big four legacy banks (Barclays, Royal Bank of Scotland/NatWest, HSBC and Lloyds) has lost ground, from 92% of all bank customers a decade ago to around 70% today.

Challenger banks have proven themselves to be more flexible, quicker to adapt to user needs and more friendly and personal than traditional banks. In fact, according to a recent survey from Which?, challenger bank Monzo was ranked as the best bank in the UK with a customer rating of 86% (banks were rated out of a series of categories by real customers out of 10). Their ability to match up to some of the biggest and most established names in the business is a concern for many in the traditional banking sector.

With digital banks winning over consumers and raising a significant amount of funding in order to grow their services – Monzo raised £20m in two days last year and Tandem is expected to raise over £80m in its funding round this month this concern is being amplified – the fightback from legacy banks, which began long ago, is gearing up.

However, this is no easy fight. Compared to younger, more agile fintech companies building new services and platforms from scratch, banks have to work around their legacy systems to make any technological leap. They also have to deal with the issues of siloed workplaces and cultural backlashes in order to improve their services and products.

For example, the boards of major banks today are dominated by people with experience in finance, accounting, law and regulation. Given the enormous changes in regulation since the financial crisis, it is not surprising banks have sought out board members with skills relevant to the sector’s strategic agenda for the post-crisis years: regulation, risk management and compliance.

But the post-crisis environment is shaped by another set of strategic issues that grow steadily more pressing: digitalisation, mobile, automation and the emergence of big data analytics.

To overcome structural issues, legacy banks need to fight smarter against digital banks. While older boxers have to learn how to be strategic and take a punch when competing against younger more nimble fighters, banks need to also adapt their tactics against younger, digitally-enabled competitors.

The contrast between banks and leading technology businesses is clear: tech companies’ boards have large contingents of people from technology, customer insight and digital media backgrounds. As a result, they demonstrate a sharper focus at the top level on the strategic issues of the coming decade, the digital transformation of all businesses, including financial service. Legacy banks need to create a multi-pronged approach to the rise of fintechs from innovating internally to capitalising on their experience in the market.

As we have seen over the past few months with Revolut – the bank has been linked to multiple scandals and failed to block thousands of potentially suspicious transactions on its platform for three months last year – challenger banks come with risks. Legacy banks can therefore, capitalise on their stability by reflecting this in their advertising and marketing campaigns.

Most importantly though, banks need to innovate and adapt to new technology. Many legacy banks are recreating the dynamism of fintech startups within their organisations through innovation labs, as well as partnerships with external technology providers. Initiatives such as innovation labs allocate space to incubate ideas internally with considerable time and investment. They also overcome the cultural issues that big organisations create by building small teams in the company to develop new competing platforms.

Fundamentally, banks need to put customers at the center of the picture. In order to deliver a knockout blow to digital competitors, banks need to ensure that they have the time, investment and willingness to develop and improve their digital banking platforms, enacting digital transformation holistically throughout the organisation and embedding a culture of innovation in their business, underpinned by experience and knowledge built over years.