Bringing Men on the Journey to Equality

Caroline Whaley, Co-founder of Shine for Women, explains why it’s vital for men to be as empowered as women on the journey to equality in the workplace. 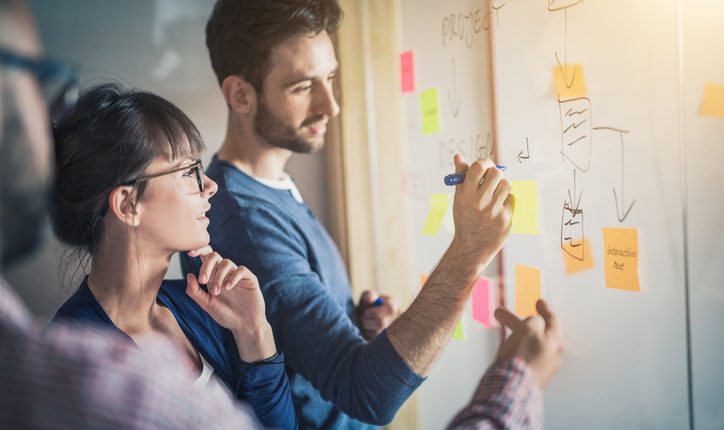 Since the first #MeToo Tweet in October 2017, men have been vilified by some as a generally pretty nasty bunch. In many small ways, this continues today. And if we don’t address it in the workplace, we’ll all suffer.

Let’s be clear. Some people deserve the criticism they’ve received, but many are just normal men who feel scared – and almost definitely annoyed at those acting incredibly badly. As a result, it can be tough for them to navigate the politics of gender equality in a workplace that has changed immeasurably in a relatively short amount of time.

We need to remember, the corporate world has been designed by men for men and it is certainly not your standard male employee or manager’s fault that there were no women in the first place. In fact, it was enshrined in law until 1944. Up until then, all women were prevented from working during peacetime when they married. This has cast a long shadow and while much has changed, many men feel under scrutiny owing to the actions of a minority. In fact, there’s often a palpable sense of threat among men. Rather than involving themselves in discussions about what’s gone on, many stay quiet and try to “keep out of trouble”.

But ignoring the truth doesn’t help. It allows the issue to fester. It creates divides. And ironically, it keeps women back. Why? Because this is not a battle between men and women. It’s a battle about whether a minority of men should be allowed to treat women badly in the workplace and abuse their power.  We can’t allow a veil of silence to descend – especially when the system is already significantly skewed towards men.

But ignoring the truth doesn’t help. It allows the issue to fester. It creates divides. And ironically, it keeps women back.

If we just see this phenomenon as a binary male vs. female issue, the impact could be men ignoring and side-lining women who are already shown to be a minority in leadership. Worryingly, we’re already seeing this taking place. It’s become “safer” to employ a man than a woman. We’re going backwards!

The sooner we can openly talk about this – and empower men to do so – the quicker we can move past it, to everyone’s benefit. Yes, let’s call out bad behaviour when needed, but unless we all pull together, we’re not going to solve anything.

Achieving this can be a challenge, but it needn’t be complicated. It just requires a few simple actions that can help break the deadlock and allow everyone to progress. Obviously, the first step any organisation should take is to provide strong procedures to ensure harassment can be reported and dealt with. But once this is in place – and let’s face it, it really should be in every organisation’s HR policies by now – what next?

The second thing to do is to to get leadership to address the issue head-on. Male or female, whoever the leader of an organisation, they need to reflect on how women and men may be feeling, and instigate bridge-building where needed – for example, with unconscious bias training. When done well it can significantly improve awareness around the differences between men and women. This helps people to interact more efficiently and to build genuine, mutual empathy.

There also needs to be specific attention on male line managers of women. They need to understand the processes and policies in place, but this shouldn’t change how they interact. Specifically, men mustn’t feel scared of making mistakes in the way they work with female team members. This is an incredibly important point to make – as much for management as it is for employees. We cannot have a situation where men are reprimanded for talking openly about how they feel. We’ve seen examples of individuals losing their jobs for opening up. If we allow this to take hold, it’s clearly the women who will suffer as they become side-lined.

With more diversity in management, businesses are proven to be more innovative.

But perhaps the most important step businesses need to take is making the workplace more human. People shouldn’t have to worry about how to behave in the office. It’s vital everyone can have open, honest and human conversations and bring all of themselves to work and not leave the fun and empathetic side of themselves at home.

This can be achieved through simple techniques. A great place to start is consciously thinking about “how to be” at work, and not just on “what to do.” At the start of meetings, attendees can set ground rules about how everyone should interact. What would make their time together most effective? What does everyone need to bring to be their “best selves?” For example, explaining what they want the tone to be. Or what type of behaviour is needed. Or what each person might need to consider when contributing. These are little things, but if done consistently, they produce change at an organisational level and they will create an inclusive culture.

Finally, my brilliant colleague and co-founder of Shine for Women, Anna Baréz-Brown often gives people a pretty direct piece of advice – if in doubt, don’t do or say anything to a female colleague that you wouldn’t say if she was your boss. It sounds almost over-simplistic but then again, all the best ideas are the simple ones. And it makes sense. It’s all about respect.

If we can create this renewed feeling of collaboration and openness, then we can create businesses where women have the opportunities to thrive. And this isn’t just a matter of equality and diversity, it’s a matter of commercial sense.

With more diversity in management, businesses are proven to be more innovative[1]. Furthermore, companies with above-average diversity on their management teams also report revenue from innovation is nearly a fifth greater than those with below-average leadership diversity.

In conclusion, if #MeToo and Time’s Up have taught us anything, it’s that we need to have more open and transparent conversations at work. We need to make the office more human. We need to break down barriers, not build them up. We need to empower men just as much as women, and we need to do this quickly, cut through the corporate etiquette that frightens us and remember that this cannot be a man vs. woman issue.

Because men and women can energise one another by fuelling each other’s strengths. And because we’re better together.

About Caroline Whaley and Shine for Women:

Caroline Whaley is the Co-founder of Shine for Women, a human, refreshingly straight-talking and confidently optimistic career coaching organisation. She previously held senior global marketing positions at Nike and the Nike Foundation. Her clients now include ITV, Channel 4, EasyJet and WPP. Over 6,000 women from 75 nationalities have gone through the Shine for Women programme. Now in its fifth year, the business is on track to hit million-pound revenue in 2019.

Why We Should Not Underestimate London’s Lasting Appeal

Turn The Tide On Revenue Leakage