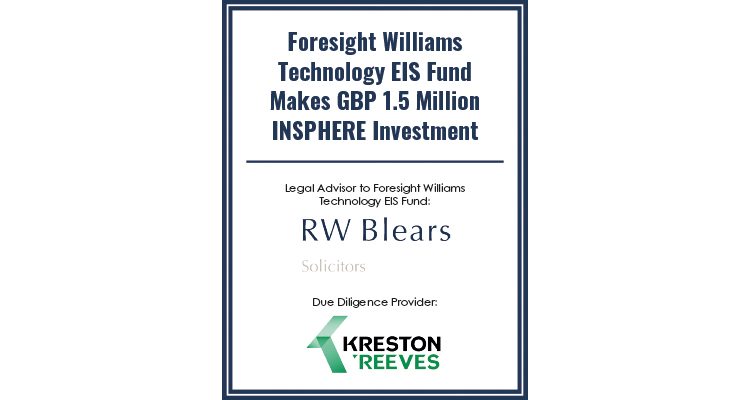 Industries such as aerospace, automotive and defence all employ highly automated manufacturing processes which rely on production lines of robots performing precise and repeatable actions.

Measurement technologies have traditionally been used to verify parts at the end of the production line. Faults or defective parts found at this stage are either scrapped or require expensive re-work. These faults can be caused when a robot is not set up correctly or drifts even slightly out of position. It can be problematic and laborious to determine the root causes in the production line resulting in costly downtime or poor-quality parts if problems are unresolved.

The Fund’s investment will be used to develop and accelerate the commercialisation of INSPHERE’s new products, build sales and scale the business.

Down2Earth Backs The House of Marketing alongside Quanteus Group