The global investment banking landscape is shifting, with institutions cutting jobs, banks diversifying and regulators introducing new requirements while redefining older ones. Hina Chowdhary, Head of Research at independent equities research firm Kalkine, considers investment banks’ options if they are to remain the all-powerful entities they once were. 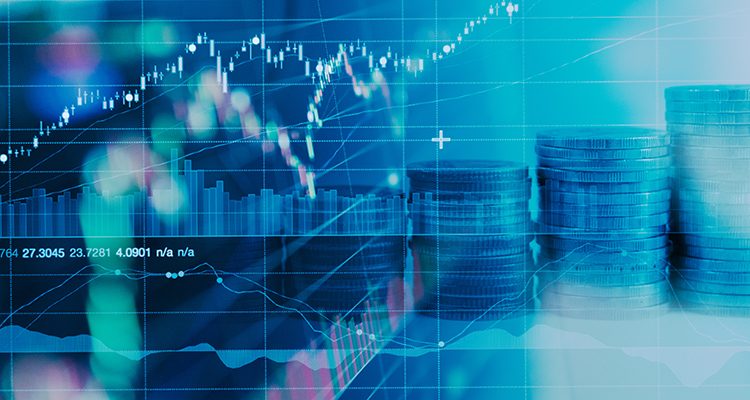 The banking world has undergone some significant shifts in the past decade, precipitated by the global financial crisis of 2008-09. The pre-crisis period was characterised by heavy trading by investment banks with a rich cash reserve, exotic financial instruments which were too complex for many to understand and hence magnified risks, and loose regulatory policies and authority.

However, the collapse of the financial system forced many industry executives, and policymakers, to reign in the ‘profit-at-any-cost’ attitude of the big banks (often termed ‘too-big-to-fail’) and made them accountable for their actions.

Banking is one of the world’s oldest professions and has constantly evolved itself, to not only survive but thrive, in any environment. Now the question is can the banking sector withstand the renewed pressure and obstacles to its growth it faces?

Today, there are fundamental shifts which are disrupting the banking industry; the entry of technology in the traditional working of banks is arguably the biggest. FinTech companies are seen as a significant threat, and like incumbents in every other sector, banks who are accustomed to their old ways of business are in a position to lose a lot. Through mobile and digital payments, traditional sources of earnings are under threat from big technology companies, the likes of Alibaba, Amazon, Facebook, and Tencent. This would directly impact the return on equity generated by banks as retail and corporate customers adopt new technologies and switch their banking to digital businesses.

Moreover, newer companies are focusing on specialised services, in contrast to a range of services offered by traditional investment banks. This helps new entrants, FinTech, to focus on efficiency and create a niche market for their products and services.

Governments, in general, are increasingly promoting FinTech companies with strong innovation cultures into the realm of traditional banks, increasing competition and putting pressure on margins.

Investors are also becoming increasingly wary of the cost and proportional benefits from investing in active funds and are, therefore, increasingly looking to park their money in passive funds which carry a lower return, mostly managed through software. Demand for products which involve automated trading has also increased, further eating into the profits of investment banks and investment management companies.

There have been talks of remittance through other sources and increased traction gained by crypto and online currencies. New payment systems like Bitcoin and Libra are looking to upend the conventional structures of transferring payments, characterised by high inefficiency and exorbitant charges. Since remittance of funds is a big source of income for commercials banks, they would have to update and evolve their practices to keep abreast of new technologies. There are many other changes which would keep bankers on their toes too, which can alter the course of a bank’s future, if not the industry itself.

If this wasn’t enough, the divergence of regulations amongst developed countries is also a challenge for financial institutions, requiring them to spend big in order to comply with the much-extended number of rules. Governments, in general, are increasingly promoting FinTech companies with strong innovation cultures into the realm of traditional banks, increasing competition and putting pressure on margins. Revenues from underwriting Initial Public Offering (IPO) have been a big source of revenues for investment banks in the past, but this has also come under threat.

In 2004, Google had criticised the secrecy maintained by banks during the launch of IPOs; this frustration has evolved into launches where companies opted for direct listing instead of choosing the traditional method. Investment banks, therefore, stand to lose a significant amount of earnings due to changes in capital markets, advances in technology and mounting frustrations with the entire process.

Over the past decade, forced by regulations, the scale and scope of trading activities by banks (including proprietary trading for their own accounts) have been cut by most of the world’s largest institutions, putting a dent on a major source of income. Cumbersome regulation post-crisis has also impacted the growth trajectory of the industry.

The Dodd-Frank Act (Wall Street Reform) was enacted in 2010 and contained numerous provisions, including forcing banks to increase their reserve requirements and the authority to break up banks considered to be too large, posing a systemic risk. In Europe, the implementation of Markets in Financial Instruments Directive II (MiFID II) and the General Data Protection Regulation (GDPR) have put European banks at a disadvantage compared with their international peers. The MiFID II regulations have hit investment banks’ equity research divisions as it requires the completely unnecessary unbundling of the cost of research from trading fees, leading to a fall in demand for equity research reports.

Banks have started to embrace, rather than fight, new technological advances.

But the attitude of governments has begun to change. The US Congress, in 2018, rolled back some of the restrictions imposed by Dodd-Frank Act through a new law. Regulators are also expected to overhaul the Volcker Rule which will allow banks to trade securities with their funds.

Banks have started to embrace, rather than fight, new technological advances. In 2017, Goldman Sachs’ CEO Lloyd Blankfein stated his business was a technology firm, showing the growing importance of technology in traditional banking companies. Many banks have put aside venture capital to associate themselves with FinTech companies or have a start-up programme to incubate them. In fact, to advise the Board on the strategic application of new and emerging technologies, ANZ Bank appointed an international panel of technology experts while Barclays is creating a global community for FinTech innovation.

Global investment banks like Deutsche Bank, Citigroup, Société Générale, Barclays and HSBC have laid-off almost 30,000 personnel since April 2019. Collectively, the industry has sought to shed tens of thousands of jobs amid a brutal summer for the sector, likely the result of the march towards automation, weak trading volumes and falling interest rates.

Trading desks have been hit the hardest due to consolidation of volumes by the most prominent players, passive investment and automated strategies. HSBC cited an increasingly complex and challenging global environment as the reason for it announcing the exit of 5,000 employees, while Citigroup described job cuts as a function of market dynamics.

Banks are also looking to combine their strengths by merging operations to fight recent trends and survive in this cutthroat competitive environment. In mid-June 2019, it was reported that UBS Group and Deutsche Bank were in talks on combining businesses to form an investment banking operations alliance. This came at a time when banks are trying to fend of challenging business conditions in the region and compete against their American counterparts seeking to win market share in Europe.

Investment banks are aggressively diversifying their operations and seek to push into other areas of operations too. For instance, Goldman Sachs recently bought California-based investment adviser United Capital as the company speeds up its operations in the US’s wealth management market.

Stricter regulations, along with other factors, resulted in freefall in the price-to-book ratio of banks, with banks recording average ratios of less than 1 in the most advanced economies, against around 2.0 reported prior to 2008. Return on equity (ROE) for banks in advanced economies has fallen by more than half in the past decade, with European institutions coming under greater pressure as their ROE lagged that of their competitors across the Atlantic. Tighter rules have meant banks have had to put more resources aside to cover regulatory requirements regarding reserves, which has made them safer but also resulted in lower assets available for lending.

While the importance of the safety of banks and their underlying assets cannot be discounted, governments in the developed world need to undertake a cost-benefit analysis to study which rules and regulations are pertinent to the changing environment. Also, in the post-crisis era, banks that have built up risk management and compliance staff, and dramatically cut operational costs, have performed best. This explains the outperformance by American institutions.

Technology can provide the productivity boost they need by offering better efficiency instead of being seen as a threat. However, investment banks need to focus on specialised services to ensure operational efficiency and would be wise to localise their operations, as the era of international but traditional banks looks set to end.