Is the Global Economy Heading for Recession?

While financial markets in the UK remain focused on the latest Brexit developments, the key concern elsewhere is whether the global economy is heading for recession. 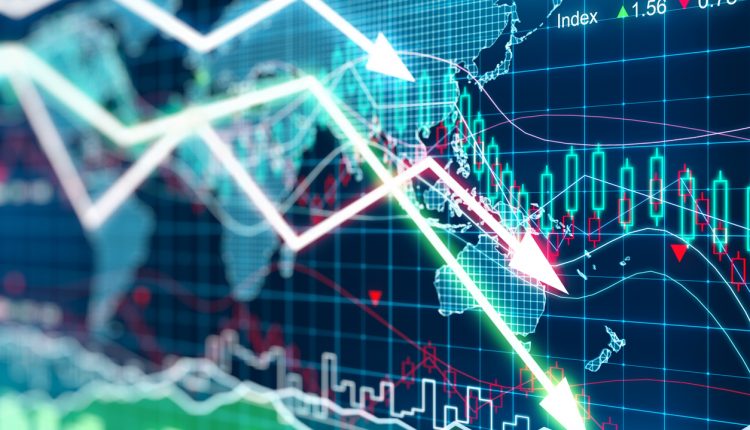 That possibility has pushed many government bond yields to new lows in recent weeks, while global equity prices have been volatile. Below Rhys Herbert, Senior Economist, Lloyds Bank Commercial Banking looks at the evidence.

And while some economic data might be confusing, I think there is a clear message.

First, that global economic growth has slowed and may slow further, and second, that there is a pronounced difference between weak or even falling activity in the manufacturing sector and still relatively buoyant service sector.

And the Bank of England (BOE) flagged last week that, because the trade war between the US and China had intensified over the summer, the outlook for global growth has weakened.

The Bank’s Monetary Policy Committee added that the trade war was having a material negative impact on global business investment too.

The main impact is on confidence – or more accurately lack of confidence – which is holding manufacturers back from investing. As a result, we’ve seen a slowdown in world trade and in demand for manufactured goods.

In contrast, demand for services is being supported by relatively buoyant consumer spending. Yes, consumers are probably reluctant to splash out on big ticket items like cars right now, but overall, they are still willing to spend.

Consumers are probably reluctant to splash out on big ticket items like cars right now, but overall, they are still willing to spend.

The key question going forward is whether it is more likely that manufacturing rebounds or that service weaken from here?

That is the conundrum that central banks need to weigh up in setting policy.

So far, the majority have decided that they are sufficiently concerned about the downside risks to take out some insurance and adopt policies designed to support economic growth.

Back in July, the US Federal Reserve did something it had not done for over a decade. It reduced interest rates – by a quarter point to 2.25% (upper bound).

It was widely seen as an insurance move against increasing global economic headwinds, emanating mainly from the US-China trade dispute.

Why is the Stock Market Up Amid a Shrinking Economy? Japan’s Experiences Sharpest Economic Contraction on Record

It repeated the move last month, lowering the target range for its key interest rate by 25 points to between 1.75% and 2%. The accompanying statement repeated July’s message that, while economic conditions are probably sound, a bit of insurance against downside risk was advisable.

Meanwhile, in his penultimate meeting in September, this month, European Central Bank President Mario Draghi announced a package of stimulus measures including a reduction in its deposit rate to a record low of -0.5% and the introduction of a two-tier system to exempt part of banks’ excess liquidity from negative rates.

He also announced a resumption of the bond-buying programme at €20bn a month from November and, importantly, signalled no end date to purchases.

Draghi can argue that the weak Eurozone PMI suggests the economy is stagnating, supporting this action.

But the UK has not followed this strategy.

The BOE is still wary enough about potential inflationary pressures from a tight labour market and rising wage growth to talk about the possibility of interest rates needing to go up.

But last month, the BOE concluded that the longer that uncertainty goes on, the more likely it is that growth will slow, especially given the weak global economy.

We will see if the message changes, but the likelihood is that BOE rate setters will want to continue to remain on the sidelines and keep rates unchanged at 0.75%, not least because the Brexit outcome remains unsettled.

The government’s official preferred Brexit position is for a deal and that assumption in the Bank’s forecast points to interest rates rising “at a gradual pace and to a limited extent”.

But the BOE also noted growing concerns about risks to growth, joining the US Federal Reserve and the European Central Bank, which both seem to have decided that risks are skewed to the downside.

But, while escalating tariff wars, slowing growth in the US and China and Brexit uncertainty mean there are credible reasons to worry that 10 years of steady expansion could be coming to an end, it is still far from certain that the current slowdown means a recession is looming.