The Impact of the UK Election on Markets

Adrian Lowcock, Head of Personal Investing at Willis Owen, evaluates the implications of the upcoming UK election on the markets. 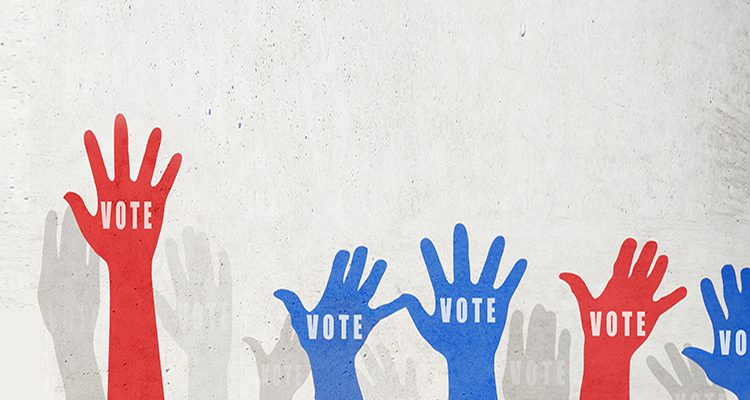 After weeks of debate and delay, the British parliament has finally agreed there will be a general election on 12th December. The election was widely anticipated and sterling did not move after the announcement. The biggest reaction was concerning that many School Nativity plays will need to be reorganised. Markets are forward-looking as they had already anticipated a general election.

Since the bill to hold a general election was passed on the 31st October, the pound has fallen 0.84% against the US Dollar, whilst the FTSE All share has risen 1.39%. Neither moves are particularly significant and such movements could be down to a number of factors, including changes in the global outlook.

This lack of reaction is not uncommon. Investors dislike uncertainty or a lack of information and they adopt a wait-and-see approach. It is impossible to make any sensible investment decisions at this early stage so they don’t take the risk.

Markets are likely to become more focused on the result of the election the closer we get to the 12th December. How they behave will depend a lot on whether or not a clear winner is anticipated. However, given that in recent years the polls haven’t been very accurate, combined with the lines being drawn regarding Brexit and parties encouraging tactical voting, it is likely this election’s result will be hard to forecast, no matter what the polls suggest.

How domestic markets react to the election result is likely to be closely linked to what the expectation is.

The typical view is that the Conservatives, with a focus on business and capitalism, are good for the stock markets and Labour, who focus on investing in services, are not. However, analysis of market performance post-election shows this is not necessarily the case.

In 1992, John Major won a small majority, but a large proportion of the vote. The FTSE 100 rose 12% the month afterwards on the back of the result largely because a hung parliament had been anticipated.

How domestic markets react to the election result is likely to be closely linked to what the expectation is. This probably matters more in this general election than many others. A clear majority for either the Conservative Party or the Labour Party will give them control of parliament and the ability to make and pass laws. The greatest concern markets are likely to have is another Hung Parliament with a minority government of any colour. This risks returning the UK to the position it has been in for 2019, where it cannot make a decision over Brexit and the lack of direction weighs on the economy and the UK stock market.  So a majority government is likely to be positively received by markets in the short term, at least, as it means we have avoided a stalemate situation.

If we look at the longer-term impact on markets, over one year, Tony Blair’s first election win in 1997 and third victory in 2005 were both followed by strong performance in the FTSE 100 with returns of 37% and 28% respectively. Major’s 1992 victory saw a 21% rise putting it in third place since the 1987 election.

It is difficult to attribute too much to the Party or indeed the individual in these situations. Both Major and Blair’s first victory occurred during a strong period for stock markets. Although there is some relief in the short term, the likelihood is that once the election is over, the market will shift its focus onto economics and company fundamentals.

Any views here are a bit of speculation as markets rarely perform based on one thing in isolation for very long.

The Brexit issue is going to be the major factor, primarily because the issue has been weighing on both the UK economy and stock market for over three years and particularly so in 2019.

Boris Johnson has led with a ‘get Brexit done’ motto and if he is reelected with a working majority, this should give markets confidence and certainty that the first phase of Brexit will be completed. The removal of such uncertainty should prove positive for the pound and the UK market which has been lagging previously – so can regain lost ground.

A Corbyn win is not as clear cut when it comes to Brexit. Jeremy Corbyn has indicated that he would renegotiate the deal and then put it to a second referendum. So this suggests that Brexit uncertainty will continue to feature throughout much of 2020 with an extension beyond the 31st of January deadline likely. Given this, there is little reason to think the outlook for the UK will materially change until we have an idea what type of Brexit will happen.

Both parties have committed to spending more in the next term, the devil is in the detail but the age of austerity appears to have come to an end.

As things stand, Labour appears to have committed to spending more than the Conservatives. Whilst this is likely to be well-received in some areas there is the question of affordability. With interest rates at such low levels now is a good time to borrow, however, international markets will want to know the UK can afford any borrowing. Fiscal stimulus should be supportive of the UK economy and help drive growth, although large infrastructure projects take time to feed through.

On tax, there are some key differences.

Sajid Javid suggested at the Conservative party conference that he was considering scrapping inheritance tax, whilst Labour would look to change the allowance to a lifetime cap of £125,000 on the amount you can inherit tax-free.

Higher taxes take money away from households and into the government, so they could have an effect on consumer spending in the short term but help support government projects over the longer term and help grow the economy if well invested. The Conservative policy could give more back to middle England and boost demand.

It is important to remember that whilst the Manifestos set out party policies, these are often reviewed, tweaked or even abandoned once the party is elected. Investors should not spend too much time trying to back one result or another and it is better to be prepared on a number of potential outcomes.