Former Lloyd’s CEO: Insurers Must Focus on the Consumer to Catch Up with Banking

The first female CEO in the 333-year history of Lloyd's of London, Dame Inga Beale is not one to sit idly by. In five years at the head of Lloyd's, she embedded modernisation into the core of the world's largest insurance marketplace. 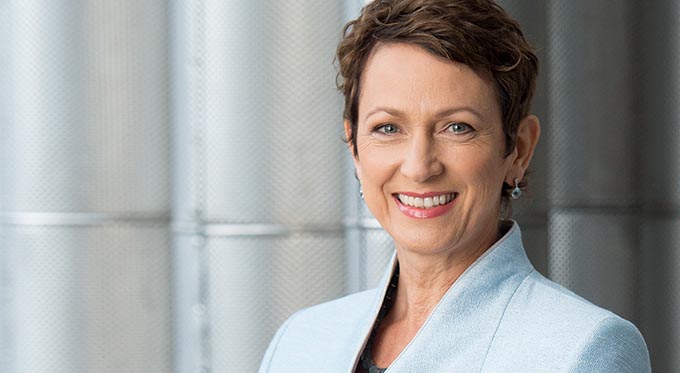 In a recent interview with Finance Monthly, Dame Inga Beale discusses the current state of the insurance industry, drawing a contrast with the innovations occurring in banking.

“It’s interesting how they think they’ve created something so new and innovative that they don’t even regard the old traditional incumbents as being a threat.”

It has been a memorable year for FinTechs, culminating in British challenger bank Starling pipping traditional firms to the title of Best British Bank. Business Insider Intelligence reported in October 2019 that 68% of consumers are using a checking or savings account with a challenger bank. 83% of those surveyed claimed they are likely to switch to a challenger bank in the next 12 months. Beale believes it is a focus on the consumer that has driven a revolution.

“Insurance I believe is behind banking. I think it’s because we haven’t been putting the customer at the heart of what we’ve been doing. They [challenger banks] have appealed to the young generation much more and have managed to brand themselves in a modern, exciting way. I think insurance has got a bit of catch up to do” she said.

“We [insurers] often traditionally look at things from our internal point of view. We segment customers according to the way we look at them; maybe by postal codes or something rather than the wants, needs, desires of the customers.”

“We often traditionally look at things from our internal point of view. We segment customers according to the way we look at them; maybe by postal codes or something rather than the wants, needs, desires of the customers.”

The insurance industry has also been slower to adopt the innovations of InsurTech firms. Usage-based insurance (UBI) is increasingly becoming the norm but the implementation of technologies such as Robotic Process Automation (RPA) has been slow to market. While 30% of companies adopted this technology to review claims in 2018, no insurers were using it to evaluate the risk of insuring a client in the underwriting process. Despite this, the market for underwriting improvements is set to grow to over 60% by 2020.

“Most of the insurers these days are investing in incubators or innovation labs. But to actually amalgamate them into your existing business is the tough call. There are not many [insurance firms] that have mastered that yet,” says Beale.

“If they don’t learn how to amalgamate this new InsurTech and this new technology approach, the interaction with a consumer will suffer. Consumers want a different type of product that’s more tailor-made, responsive. We need to think differently and incumbent large insurers, unless they adapt, will be left behind.”

A multitude of choice is available to today’s insurance consumers. Beale pointed out the moves the industry has made to simplify the process.

“Consumers want to shop around and the price is important to them, so, lots of companies have responded by providing an online product where they’re part of price comparison websites. That means the consumer can make instant decisions,” she said.

“Consumers want to shop around and the price is important to them, so, lots of companies have responded by providing an online product where they’re part of price comparison websites. That means the consumer can make instant decisions.”

Though price comparison websites have now serviced an estimated 85% of consumers, Beale believes they may already have peaked.

Beale says: “There might always be a place for comparison sites but I think this idea, that you will partner with a firm and they would be your financial support is much more likely to be the future. Therefore, you will have a strong affinity with that firm providing the customer service is up to it.”

“I think you’ll shop around far less on price because we’ll be using data triggers to feed in automatically, and you’ll feel, actually, that pricing is fair because I only paid for the exposure I had on that day.”

Beale also admitted that there is a long way to go before customer loyalty reaches such heights to make a dent in the role of price comparison websites.

“We’ve got a long way to go to build that ecosystem around an individual and surround you with this nice bubble of the financial protection and support that you need in your life.”

Since leaving the demands of corporate life behind, Inga Beale has become a regular keynote speaker with the Champions Speakers agency, where she specialises in topics such as diversity and inclusion, insurance and business management.