What Do the Next 10 Years of Investment Look Like?

Looking over the past 10 years of financial change, and with a view towards the next 10 years, what might investment look like moving forward? 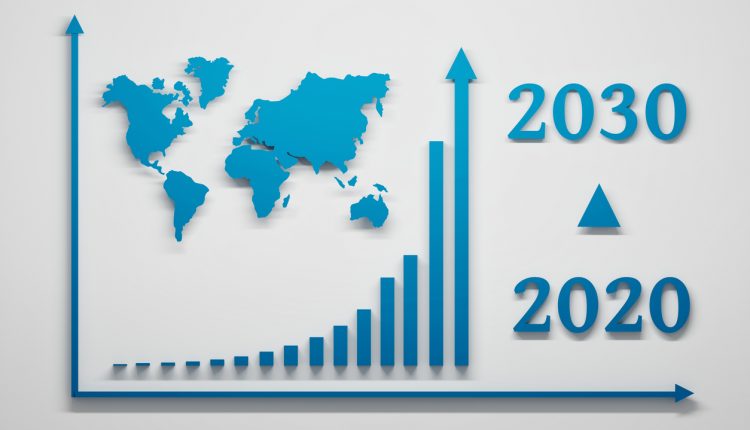 Here Finance Monthly hears from Kasim Zafar at investment specialists EQ Investors, who looks back at the past decade and considers the investment opportunities we should be considering ahead.

We started the decade with the global economy still reeling from the worst financial crisis in modern times.

Following the failure of the banks, trust in capitalism was then further eroded by the largest financial fraud in US history; Bernie Madoff was imprisoned for 150 years after defrauding clients to the tune of $65 billion.

Extraordinary times called for extraordinary measures. By 2012, most major central banks had slashed interest rates close to zero or below, hoping that ‘free money’ would help the economy heal and return to growth. Trillions of dollars were pumped into financial markets to plug anything resembling a hole. The idea was basic, yet oxymoronic. To save free market capitalism, central banks staged the greatest market intervention of all time.

Europe was tested further by its sovereign debt crisis. Despite zero interest rate policies, the rate demanded to fund government debt of the ‘PIIGS’ (Portugal, Italy, Ireland, Greece and Spain) soared between 2010 and 2012, reaching almost 30% in the case of Greece’s 10-year debt.

The European Central Bank created its rescue package to save the European Union from imploding, committing to buy a massive amount of European sovereign debt. Despite this, since the root cause of the problem was too much debt, European governments adopted austerity measures, cutting fiscal stimulus spending.

Quantitative easing in the US put a line under asset prices, first bringing stability and then allowing growth, to the substantial benefit of those with wealth invested. The wave of economic austerity that swept across Europe led to an increase in income inequality and sowed the seeds of populism.

Distrust of big companies spread beyond bankers like wildfire with the largest environmental disaster in American history. BP’s Deepwater Horizon oil spill in the Gulf of Mexico eventually cost the company more than $65 billion in clean-up costs and compensation.

There was no shortage of environmental tremors. We saw floods on multiple occasions in Pakistan, India, China, Brazil, Thailand and the UK. Hurricanes Sandy, Irma, Maria and Harvey; earthquakes devastated Haiti, Chile, Mexico and of course Japan where in Fukushima we witnessed the world’s second largest nuclear power plant disaster after Chernobyl.

The latest signs of an overheating planet are record temperatures (high and low) across the globe, including fires in the Amazon rainforest and across Western Australia in 2019.

A concerted effort to tackle the climate crisis was finally embraced by 195 governments in the form of the Paris agreement. Last year, the EU declared a climate emergency, no doubt inspired by Greta Thunberg. All legislative and budget proposals will be fully aligned to limit temperature increases to under 1.5 degrees – seen as the danger line for global warming.

The last decade has seen rapid technological advances and we see a number of these coalescing over the next decade. Let’s take a glimpse into the future because we think it’s pretty exciting.

Why would you want to invest unsustainably? Now that’s a powerful question. When the rules of the game change, only a fool plays the same strategy.

The next decade is going to see financial markets transform to incorporate a broader set of stakeholders and interests well beyond the bottom line. Legislative changes are already underway in the EU that will significantly alter the reporting requirements for companies and investment products including:

Although the UK will have exited the EU by the time these rules come into force (around December 2021), we fully expect the UK to adopt similar reporting requirements.

The next decade is going to see financial markets transform to incorporate a broader set of stakeholders and interests well beyond the bottom line.

This will help to establish a common language for what qualifies as sustainable and unsustainable through legislature. The associated data reporting will bring transparency to the conversation and encourage us all to consider the merits of economic activities, particularly those ones which are deemed to be harmful.

A decade ago, we were buying the iPhone 4 and the original iPad had only just been released. The idea of cloud storage and cloud computing was just taking off and the volume of data in the world was estimated to be around two zetabytes – that’s two trillion gigabytes. For comparison, entry level iPhones today have a data capacity of 64 gigabytes. The volume of data in the world has since exploded to around 41 zetabytes. That’s a lot of data! Through analysing these big data sets, we are finding better ways of doing things and finding altogether new things to do.

This is the realm of artificial intelligence (AI). Data scientists are creating sophisticated computer algorithms that identify esoteric features in data of a known entity (such as known ailments in radiology scans). When the algorithms are presented with new images, they are now able to identify things better than their human equivalents. This technology has incredibly wide applications in everything from early stage healthcare diagnoses to logistics route optimisation.

Data and artificial intelligence is being combined with robotics to achieve some pretty incredible feats, often referred to as the ‘internet of things’. Computing power is now decentralised, agile and mobile, freed from the confines of the home and office. The smartphone heralded a new era of fast and interactive data sharing and then the proliferation of sensors has taken things to another level. Everything is being connected: the smart home, smart buildings, wearable consumer devices, remote machine & engine diagnostics and of course, our transportation systems.

10 Years of Fintech and 10 Years More

Healthcare is getting better from improved diagnostics, but there are improvements in treatments themselves. Increasingly healthcare is become an exercise in engineering. Biotechnology is developing medicines that are designed to combat specific diseases; treating the cause rather than the symptoms. In the future, it is easy to envisage so called ‘designer drugs’ that are designed for our specific genetics and perhaps beyond a decade from now, we could even be 3D printing these at home.

The current world population is 7.7 billion and the UN forecasts we’ll add another one billion people over the course of the next decade. Resource efficiency will be crucial for this to be sustainable, especially to create enough food for everyone. Robotics assisted precision agriculture and partially or wholly embracing veganism will help, but a new technology could change the face of agriculture and food supply altogether. Precision fermentation is the name of the technology behind the various meat alternatives we see in restaurants and supermarkets.

These are synthetic, precision engineered proteins that have similar nutritional value and are approaching cost parity to animal protein. We haven’t synthesised the perfect rib-eye steak yet, but we believe there is a good chance that agriculture will look wildly different in a decade’s time. Could we be looking at the path to ending poverty by then?

Many of these transformational technologies are based on analysing data using artificial intelligence with computer power that is thousands of times faster today than it was a decade ago, all connected through the digital infrastructure of the internet. There is one problem though. We are approaching the physical limits of computer miniaturisation that has driven the increase in computer power.

However, human ingenuity is pushing through this boundary, developing a new breed of computing. Based on Einstein’s concepts of quantum superposition and quantum entanglement, this new breed of quantum computing would rewrite the rulebook and open the door to… a world of even more new possibilities yet.