There was a time when nationalised industry was thought of as slow-moving, traditional and unadventurous. It was the antithesis of individual enterprise, a go-getter philosophy and agile innovation. China has flipped this theory on its head. Today, China has become the Wakanda of payments: a hyper-focused, unified driving force for digital innovation that is outpacing anything the West has been able to deliver. 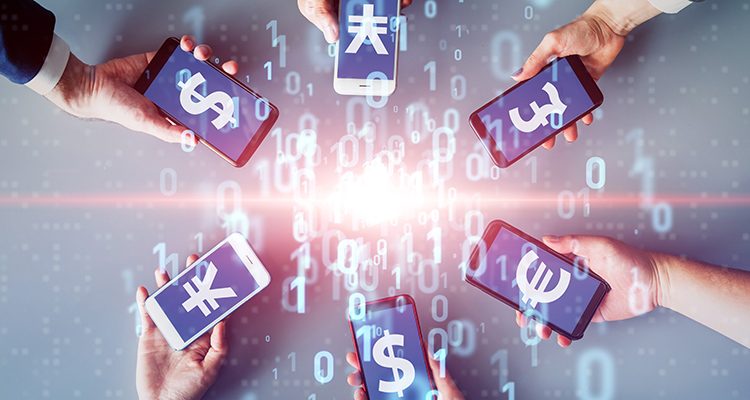 Enabled by the state, China’s technology companies have been able to influence consumer technology adoption in a much more homogenous way than in the West. Its digital payment system, powered by Alipay and WeChat Pay, is almost universal as a result. Even small roadside stalls routinely use digital wallets. A visitor to China soon realises that, back here in the West, we are still incredibly analogue.

What’s more, Alipay is beginning to move beyond its Chinese borders. With a projected 250m active users by March 2020, the Indian population is actively engaging with Paytm (part-owned by Alipay), despite an often fractious relationship between the two nations.

China has managed to be nimble with its digital payments innovation and adoption despite or maybe because of its intervention. In the West, democracies take a long time to agree governance and regulation. Individual companies are making forays but there’s still a lack of cohesion. There’s also huge barriers thanks to a lack of trust – just look at the scepticism over Facebook’s digital currency, Libra, many of whose key partners have abandoned the scheme.

The West is going to need to find a way of building its own cashless framework soon. If it can’t, consumers will gravitate to whatever is available. It’s not about where the technology is developed, it’s about making people’s lives easier. If a technology or business provides a way to reduce friction in someone’s life, then consumers will adopt that technology. Also, payment systems are as much about the trust and ecosystem in which they operate as they are about the technology. Increasingly, the rest of the world is starting to see that 1.2 billion people can’t be wrong.

China has managed to be nimble with its digital payments innovation and adoption despite or maybe because of its intervention.

The imperative to develop an answer to Alipay and WeChat Pay goes beyond national pride – the rapid growth of a universal, digital, cashless payment alternative has the potential to supplant national currencies themselves. Even the US has acknowledged this – with Federal Reserve Chair Jerome Powell calling Facebook’s work on Libra a ‘wake-up’ call to the importance of digital currency.

When that happened the dollar rose in status – it became the reserve currency for every country in the world. Even China has an estimated $2 trillion held as a reserve, because of its universal recognition around the world and the fact that banking systems are controlled by the West. This, in turn, gives the US a lot of benefits – as long as people hold the dollar, the currency is stable. In a cashless society where the currency is digital, those reserves held around the world will be less meaningful as digital reinvents the global monetary system.

While Alipay is certainly powerful in its domestic market, it has not quite reached the status of a currency, although critically it is tied to the existing Chinese currency infrastructure. It follows that technology has the potential to disrupt the idea of national currency.

I am not predicting that this disruption is just around the corner but it’s clear that as more consumers experience more forms of digital payments, they will increasingly migrate to digital currencies. The West needs a cashless payment mechanism and we can’t assume that we can hold customers back until we’re ready. It is the law of numbers. It is about the ecosystem these numbers create. You attract people by making the experience as frictionless and connected as possible. Then these people will bring more people.