To hear about business and investment in Kazakhstan, we speak with Erlan Dosymbekov, the Managing Partner for EY in Kazakhstan and Central Asia. 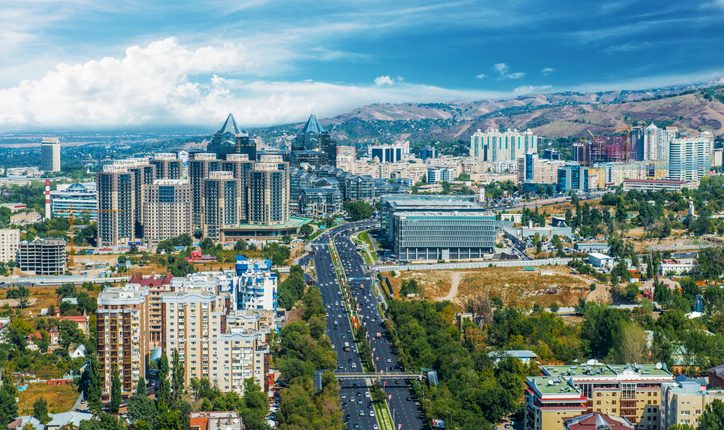 What are the current trends in Kazakhstan’s investment and business climate?

Kazakhstan has always aspired to enhance its investment attractiveness by implementing a wide range of systemic reforms, including continuous work on improving its legislative framework. This has been done as part of the overall 2050 development strategy adopted back in 2012. Being viewed by many as predominantly a natural resources-driven market, Kazakhstan has adhered to the notion of significantly diversifying its economy. In this regard, the country’s leadership has emphasised the need to keep up with the current global trends of transforming the idea of investment attractiveness and the criteria by which it is evaluated. In other words, in a situation where investors are increasingly deciding in favour of technologies and brands developed in a country as opposed to only focusing on its natural wealth, Kazakhstan will have to envisage a similar model. To this end, the government has repeatedly indicated that the country’s longer-term strategy should be less dependent on abundant natural resources and more focused on offering investors high-quality human capital, technological infrastructure and conditions for the development of science, digital and innovations.

The course was set toward accelerated industrial and innovation-driven development and related programs (GPFIIR 2010-14, then GPIIR 2015-19 as part of the above mentioned 2050 Strategy and the Vision of Kazakhstan’s Inclusion in the Top 30 Most Developed Countries).

What is the government doing to boost and encourage investment in the country?

The country has in principle adopted a forward-thinking policy – both externally (i.e. in view of its efforts to better position itself in attracting foreign investments) and on the domestic market (with some incentives to encourage reinvestment by existing investors).

Kazakhstan’s Ministry of Foreign Affairs, embassies and Kazakh Invest are making headway on the external front. There have been roadshows, with President and top government members participating, to different countries, one of the most recent ones being to Germany. The idea behind these roadshows is to further promote Kazakhstan as an investment destination. Some of the other initiatives worth mentioning include establishing the Astana International Financial Centre, joining the Belt and Road project and a few more. One of the practical measures aimed at easing administration for foreign businesses in the country was the introduction of a one-stop-shop mechanism for resolving all investors’ issues.

Being viewed by many as predominantly a natural resources-driven market, Kazakhstan has adhered to the notion of significantly diversifying its economy.

Furthermore, policy dialogue has been held through various business associations/ advisory councils, such as the Foreign Investors’ Council (FIC) chaired personally by the head of state, and the Prime Minister’s Council on Improvement of the Investment Climate organised together with AmCham.

The National Investment Strategy for 2018-22 tops the list of initiatives (drafted by what was then the Ministry of Innovation and Development and the World Bank with input from foreign investors submitted via the forums already mentioned). This strategy identifies priority areas for investment, including areas with current potential (the food industry, deep oil processing, gas and minerals and machine engineering) and others that hold promise for the future (ICT, tourism and finance). The strategy also identifies 36 countries that offer the potential for closer cooperation, including 11 priority countries (the US, Russia, the UK, Germany, France, Italy, China, Japan, South Korea, Turkey and the United Arab Emirates). The industry and country priorities identified in the strategy will help to achieve the desired results.

What should companies that wish to do business in Kazakhstan consider?

Modern investors (especially now, with a wide choice of countries to invest in) are paying increased attention to transparent and predictable legislative environments, the rule of law and independence of the judicial system. They naturally want to safeguard their investments and to be able to rely on the market in the long term. In this respect, while Kazakhstan has made great strides by undertaking major reforms, there are still many areas where improvements are required. One of the most common issues raised by existing investors, both foreign and national, is the rule of law. While the laws and regulations have been significantly improved, the lack of consistency in their application continues to be a challenge. Often, decisions made by local authorities are not consistent with how investors read the applicable legislation. The resolution of such cases, including tax and customs disputes, is typically a time and resource-consuming process.

On the other hand, human capital constraints, as in many other countries, must be carefully considered. The lack of qualified personnel in quite a few industries coupled with relatively tough regulations for importing foreign labour place staffing issues at the top of many businesses’ agendas. Many companies, foreign and local, have addressed this issue by setting up their own corporate universities/academies of business to bring up the desired number of trained professionals fitting their requirements.

You were recently elected the Chairman of the Governing Board of the Kazakhstan Foreign Investors’ Council Association. Tell us more about what your role would include and what your plans for it are.

I have been a member of the Operating Committee of FIC as well as a member of the Governing Board of KFICA and for about eight years now. I have also served as KFICA’s treasurer for the last three years. Apart from that, I have co-chaired the Council’s Investment Policy Working Group (IPWG) since 2011. In IPWG, we collaborate with the Ministry of National Economy, with the Minister being the other co-chair, by formulating and executing an annual action plan. The plan includes a number of issues pertaining to and impacting the investment climate in Kazakhstan. In my capacity as the IPWG co-chair, I have led the policy dialogue with the Government side in terms of the improvements required for the business and regulatory environments to make the country’s investment climate more attractive.

Now that I have become the Governing Board Chairman, my role will be more around leading KFICA’s overall collaboration with the Government. To this end, I will actively engage with the President’s Administration as well as the top Government members (including the relevant ministers) to facilitate the work of FIC and KFICA. I will also support the activities of the working groups constituting the main platform through which the FIC’s most important work is carried out. (Apart from the above-mentioned IPWG, there are three other working groups: Energy, Human Capital and Joint Events.) There are other strategic and administrative tasks I will tend to.

In doing all of this, I am honoured to work alongside six other Board Members and four working group co-chairs representing a good mix of different industries. I must, of course, mention the entire KFICA, which currently consists of 32 members and five observers. I take pride in being a part of this great group of company executives and their GRs and to have the opportunity to contribute to the policy dialogue with the Kazakhstan side aimed at enhancing the country’s investment climate.