Customers Love Disruptors: How Have They Shaken the Banking World? 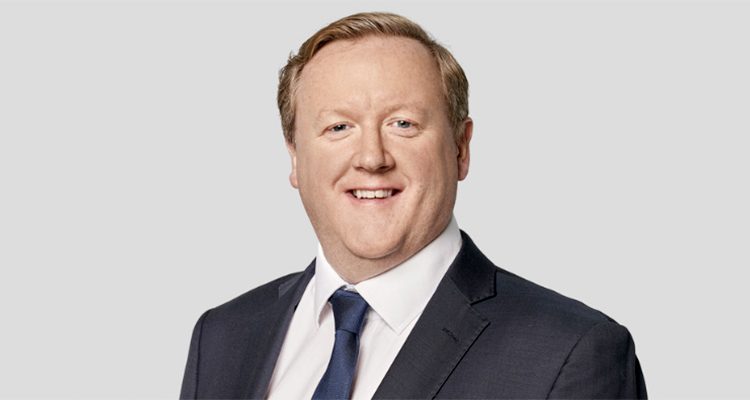 Today, generations have grown used to, or have never known a life without digital devices. These devices, and the emergence of the apps that utilise their unique user experiences, have changed and raised the expectations of customers across multiple sectors. Banking disruptors since the early 2010s have set a new paradigm with ‘the age of air’, aided by the emergence of open banking, which has flooded the industry with those looking to host customers that want to easily engage with their finances. Within this new model, how much do the established banks fear the disruption? Are the disruptors streaking ahead?

According to PwC, 88% of banks are still concerned they’ll lose revenue to innovators. However, the disruptors’ march to exponential growth has not been as great as financial forecasters and experts first feared. For established banks, the initially unnerving emergence of new disruptors is now appearing to shift towards a respectful viewpoint that holds opportunities for both types of organisations.

Whilst digital banking disruption continues to grow, a recent study by the Competition and Markets Authority (CMA) found that Barclays, Lloyds Banking Group, HSBC and The Royal Bank of Scotland Group have all retained a 70% share of current accounts. Why is this? Are the banks beginning to hold their ground? What have they learnt from the disruptors?

While the disruptors have certainly unnerved the banks, they’ve also woken them up to new possibilities and to the acceptance of their frailties. Their inertia and internal constraints that cause a lack of true innovative thinking in the most recent digitally transformative years was a weakness. For all the revelations of their Achilles’ heel, they also discovered what advantages they have over disruptors too. Despite the new, branch free, digital challengers offering innovative solutions and picking up new customers, gaining prominence and prestige, the established banks still have something on their side. Loyalty.

Data is the oxygen of the developing financial system.

Some may say that this loyalty could also be translated as long-term customers’ reluctance to change banks, but in reality, that ability to change banks has never been easier. Instead, analysts are beginning to believe that there is a deeper-rooted loyalty between the customer and banks than previously believed. And this, despite the catastrophes around 2008, is down to their trust in established institutions.

Bricks and mortar buildings, whether or not they’re entered or used, seems to give customers a sense of security and trust that a digital bank – turning your money into air – can’t. FinTechs are admitting that banks still retain trust from customers a decade on from the financial crisis. With many believing that banks will be successful in managing a recalibration, even if the process may be uncomfortable. Although, that trust mustn’t be misplaced and they shouldn’t be complacent about this ‘captive’ group. They need to be understood to an even deeper level and recognise how their interaction and requirements of their bank changes throughout their own life. Nothing is guaranteed and banks must continue to work hard to retain their customers, building further trust and confidence.

There’s an obvious observation to be made that outlines both the basis for trust and also for the possible advantage that established banks retain. They’ve been around for decades. In that time, the banks have accumulated streams of data from large groups of existing customers. In comparison, the start-ups and disruptors have a limited customer base to both build and develop data insight from. Some would go as far as to say that they also lack the ability to truly scale too.

Data is the oxygen of the developing financial system. Back in 2017, big banks took over 2 years to read, listen and learn from a client relationship. This may be improving, but digital banks have continued to shorten that timeframe dramatically. If big banks can begin to analyse their data in real-time with the right internal structures in place to act quickly, then they can remain competitive and not lose too much ground.

Disruptors have found more than 2.5 million customers and USD $1 billion in funding since 2014, however, they all still remain outsiders within the global economy.

The disruptors understood one thing: simplicity. They offered low-cost solutions to niche customer groups and made it easy. From onboarding to client servicing, they had identified where established banks had over-layered simple decision-making to create complex processes.

So, by using streamlined digital processes, AI and machine learning, they were able to steal a march on the established banks with those disgruntled, but digitally savvy customers. Borrowing the approach the disruptors had taken and combining it with the mass of data from an established customer base should make the ‘big’ banks smarter; using data-driven insights to recommend products, services and advice across the entire customer journey. However, big banks, like big oil tankers, are hard to turn.

The slow turning is, in part, due to oil tankers having legacy infrastructure that’s still generating business and revenues, but the big banks acknowledge that they need to change and accelerate developments. However, banks must avoid tech-for-tech’s sake. Some would say that so much tech has already been thrown at problems without any real impact. Antony Jenkins, former Group CEO of Barclays has said: “People now want change, but we have to move beyond innovation to genuine transformation”.

“We have thousands of start-ups’,’ says Pepe Olalla, BBVA Compass Head of Business Development, “but all they are doing is offering the same type of products in a different way”. And he’s right. There’s not been a disruption in the products that the FinTechs are offering, it is all in the better delivery of the products that already exist. Per Christian Goller, CEO at Aprila Bank, believes in rebundling what banks already offer by integrating the revised products “into new environments where they are a more natural fit for the customer”.

What would that new environment be? Perhaps borrowing from disruptors outside of the banking business could be valuable. Airbnb and Uber have utilised product platforming and championed connection over control. This scalable model connects consumers directly to the services they need. Whether the banks create their own platforms or share others is still to be seen, but established banks are in a strong position to exploit this opportunity, especially through partnerships; whether this is collaboration and partnership with developers or with other businesses in other sectors. Taking advantage of other’s expertise, technology and insight may well help to transform the traditional bank offerings.

Disruptors have found more than 2.5 million customers and USD $1 billion in funding since 2014, however, they all still remain outsiders within the global economy. The greatest impact they have had on big banks is to kick them into action, to reconsider what they offer the customer and – perhaps more than anything – how they engage with the customer. This is not to say that they are not a threat, because they are. However, big banks must shift their perspective and not consider their future to be threatened, but look to the promise and potential of tomorrow instead.