With the government's eyes on the COVID-19 pandemic, the state of the UK post transition remains unclear. Behind the politics, however, there are a few things we know to expect from a Brexit deal in how it will impact the UK's trade and taxation policies going forward. 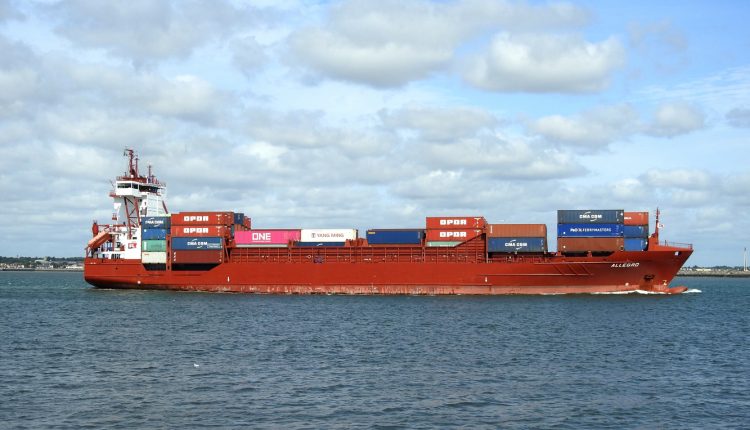 The precise shape of the UK’s post-Brexit taxation regime is yet to be decided; however, the indications are that radical changes are unlikely. Much will depend on the terms of the UK-EU trade deal, which is due to be negotiated this year. The EU has been abundantly clear that UK alignment in terms of taxation, labour and environmental regulation is the price for EU market access.

Yet, former Chancellor, Sajid Javid, warned that “There will not be alignment, we will not be a rule taker, we will not be in the single market and we will not be in the customs union – and we will do this by the end of the year.” It remains to be seen whether his successor, Rishi Sunak, will be as bold or soften in the face of the economic consequences of losing trade with the EU. Below, Miles Dean, Partner at Andersen Tax UK, offers Finance Monthly his predictions on what we are likely to see in terms of taxation as future trade deals are negotiated.

Given the scale of UK trade with the EU, it appears probable that substantial alignment will ultimately be seen as a wise trade-off in order to retain valuable market access to the EU. The EU remains the UK’s largest trading partner.  44% of all UK exports went to the EU in 2017, with 53% of all UK imports coming from the EU. The efficient operation of cross-border supply chains are vital to the UK’s automotive and aerospace industries. These largely depend on the free movement of goods across the Channel.

The Conservative Party’s clear majority in the 2019 general election makes the UK’s future tax policy somewhat more predictable. While some more excitable commentators feared that the Conservatives would slash corporation tax, deregulate and sell off the NHS, the party’s 2019 manifesto went in rather the opposite direction – deferring a scheduled cut in corporation tax to fund the NHS.  Section 46 of the Finance Act, 2016 had pledged to reduce the rate of corporation tax from 19 percent to 17 percent from 1 April 2020. However, Prime Minister Johnson told the Confederation of British Industry’s annual conference on 18 November 2019 that the this planned reduction would be put on hold to fund the NHS and other “national priorities”.

To offset this disappointment to UK business, the Conservative Manifesto announced other business-friendly measures, including a review of business rates, an increase in the R&D tax credit rate from 12% to 13% and an increase in the structures and buildings allowance from 2% to 3%. Yet none of this amounts to anything resembling dramatic reform. Indeed, this cautious approach rather suggests that the government is heeding the EU’s bottom line in terms of alignment, and that it does not intend to radically alter the UK’s taxation regime.

The idea of the UK becoming a giant Singapore-style tax-haven after Brexit also appears to be on hold. Indeed, the government is even promising additional anti-tax avoidance measures and a new digital services tax, showing a commitment to maintaining and even expanding the UK’s tax base.

The new digital services tax may yet be influenced by trade negotiations – this time those with the United States, as regards a US-UK trade deal. The Government’s plans to introduce a 2% digital services tax from April 2020 would disproportionately affect US tech companies such as Google and Facebook. The US treasury secretary Steven Mnuchin has warned of retaliation by new US taxes on UK car imports, saying “If people want to just arbitrarily put taxes on our digital companies we will consider arbitrarily putting taxes on car companies.” Downing Street replied in turn, saying that such tariffs would “harm consumers and businesses on both sides of the Atlantic. We feel [the digital tax] is a proportionate step to take in the absence of a global solution. We made our own decisions in relation to taxation and will continue to do so.”

Despite the Government’s declaration of independence in terms of taxation policy, this incident illustrates that any greater independence in trade and taxation policy brought by Brexit has limits. There will inevitably be trade-offs and constraints. UK decisions on taxation do not operate in isolation, but can have broader political and economic consequences. The UK exports some £8.4 billion worth of cars to the US each year. The early agreement of a UK-US trade is a priority for the government. US pressure may well yet influence the government’s digital taxation plans.

Nobody can predict the future. When it comes to Brexit, events are notoriously unpredictable. However, the actions of the UK government have been moderate – even if the rhetoric is sometimes less so. Mr Johnson came to power with the promise of keeping the credible threat of no-deal on the table, as a negotiating tactic. However, his aim was not to end up with no deal, but with a more favourable one. Having made the compromises required to achieve a withdrawal agreement, we can hope that a similarly reasonable approach will prevail in the UK-EU trade negotiations. No doubt the threat of no-deal will also remain on the table, for tactical reasons, as before. Therefore, while it is possible that the talks will collapse, resulting in a no-deal Brexit at the end of 2020, that outcome appears unlikely.

Even in a no-deal scenario, the Government’s no-deal Brexit tariff regime means that 88% of imports would not be taxed. The Confederation of British Industry estimates that 90% of the UK’s goods exports to the EU, by value, would face tariffs averaging 4.3%.

While the UK could theoretically abolish VAT after Brexit, the technical guidance for a no-deal Brexit indicated that the current VAT system would continue. Since it raises around £125 billion per annum, it is inconceivable that it will be abolished let alone restructured to any significant degree.

While the UK could theoretically abolish VAT after Brexit, the technical guidance for a no-deal Brexit indicated that the current VAT system would continue.

A no-deal Brexit would disproportionately impact sectors such as agriculture and manufacturing. Likewise many EU sectors would be badly affected. Since a deal is in the interests of both sides, it’s reasonable to hope that one will be achieved, even if it is imperfect.

The broad shape of a UK-EU agreement that would facilitate market access is already known. It will require sufficient UK alignment on key matters, including taxation. While the detail is undecided, in broad terms it means little change to the UK’s taxation regime. Perhaps, the government may seek some wriggle-room on VAT or corporation tax. Yet the fact that the government has shown no appetite for radical change in taxation is telling.  Maintaining the status quo on taxation helps to keep a UK-EU trade deal within the government’s sights.

Miles Dean is Head of International Tax at Andersen Tax in the United Kingdom. He advises privately held multinational companies, entrepreneurs and high net worth individuals on a wide range of cross border tax issues.

Andersen Tax provides a wide range of UK and US tax services to private clients and businesses, helping them achieve their personal and commercial objectives in a tax efficient manner.