A recent takeover offer and the coronavirus epidemic have dragged into the spotlight reliance on conditions to an offer, including one that is common, but seldom exploited – the material adverse change, or “MAC”, condition. 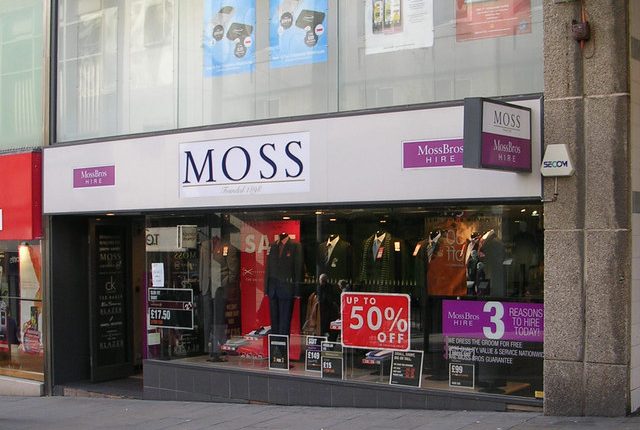 The Takeover Panel was required to look again at the use of conditions, including MAC, a subject on which it last provided substantive comment and guidance in 2001. Dean Harper, Consultant Solicitor at McCarthy Denning, explores the incident and what it means for M&A.

On 12 March 2020, Brigadier Acquisition Company Limited announced a recommended cash offer for Moss Bros at 22p per share, valuing the target at £22.6 million. The takeover was structured as a scheme of arrangement under Part 26 of the Companies Act 2006 requiring both court and 75% shareholder approval. Unlike in the more straight-forward offer structure, the target under a scheme has more control over the process and is required to prepare much of the scheme documentation. A scheme document, setting out the proposals and including the conditions to the Brigadier offer, was duly prepared and sent to Moss Bros’ shareholders on 7 April and a shareholder meeting called to approve the scheme.

The World Health Organisation had publicly declared the spread of coronavirus to be a pandemic the day before the Brigadier offer was announced. In the period between the announcement of the offer and the publication of the scheme document, the Government introduced the Coronavirus lockdown on 23 March. Moss Bros issued an announcement only a few days later on 25 March 2020 that, having seen a “significant reduction in footfall across our retail outlets”, the decision had been taken to temporarily close all its stores until further notice. The announcement also stated that “The Group expects that the effects of the COVID-19 will result in a significant reduction in revenue and profitability for the year ending 30 January 2021” but to which it added “…it is too early to determine the precise quantum at this stage.”

The World Health Organisation had publicly declared the spread of coronavirus to be a pandemic the day before the Brigadier offer was announced.

On 22 April, Moss Bros announced that it had been informed by Brigadier that it was seeking a ruling from the Panel in order to invoke a condition of its offer and lapse its offer for Moss Bros. Withdrawing or lapsing an offer after it has been announced requires the consent of the Panel. The Panel’s has previously stated position is that the “normal assumption should be that shareholders and the market expect that protective provisions will not be invoked” so Brigadier was facing an uphill task from the outset.

The Brigadier Offer was made subject to a long list of conditions, some quite specific and some more general. One of those conditions was a MAC condition: “there having been…no material adverse change and no circumstances having arisen which would reasonably be expected to result in any material adverse change in, the business, assets, financial or trading position of profits, operational performance or prospects of any member of the Wider Moss Bros Group which is material in the context of the Wider Moss Bros Group taken as a whole”. Although it was not been made public at the time, we now know that Brigadier sought to invoke a number of conditions, including this MAC condition.

They also tried to rely on a condition relating to the enactment of legislation which materially adversely affected the business, finances or prospects of Moss Bros, the condition concerning Moss Bros admitting inability to pay its debts, stopping payment of debts  or seeking to restructure its indebtedness, and, finally one that required no liability having arisen or increased which would have a material adverse effect on the Moss Bros Group. All of these conditions required the relevant matter to have a material and adverse effect so they could all be generally characterised as MAC conditions.

The Panel’s has previously stated position is that the “normal assumption should be that shareholders and the market expect that protective provisions will not be invoked” so Brigadier was facing an uphill task from the outset.

Notwithstanding Brigadier’s request that the Panel allow it to withdraw its offer, Moss Bros announced on 23 April that there would be no change in the offer timetable and went ahead with the Court Meeting and the General Meeting of shareholders on 29 April (although, due to social distancing rules, shareholders were told to stay away and submit their votes by proxy). At the meeting, the scheme was approved and the directors were authorised to take all such action as they may consider necessary or appropriate for carrying the Scheme into effect. In the meantime, the Panel was still considering whether to allow Brigadier to lapse its offer on the basis of the MAC condition.

Conditions to an offer are governed by Rule 13 of the City Code on Takeovers & Mergers. Rule 13.5(a) of the Code states that “An offeror should not invoke any condition or pre-condition so as to cause the offer not to proceed, to lapse or to be withdrawn unless the circumstances which give rise to the right to invoke a condition or pre-condition are of material significance to the offeror in the context of the offer.”

Guidance on the scope and effect of Code Rule 13(a) has been given by the Panel in Practice Statement No. 5, issued in 2001 (and updated in 2004 and 2011) following the request by WPP Group plc to lapse its offer for Tempus Group plc as a result of the 9/11 terrorist attacks. In WPP’s view, 9/11 had resulted in a significant deterioration in Tempus’ long-term prospects and this constituted a material adverse change allowing them to use the MAC condition to withdraw their offer.

WPP were unsuccessful and, in fact, the Panel has never allowed an offer to be withdrawn or lapse based on the use of a MAC condition.  Its view is that “…meeting [the] test [of what is material significance] requires an adverse change of very considerable significance striking at the heart of the purpose of the transaction, analogous….to something that would justify frustration of a contract”.

Deliveroo Valued at $9 Billion After Latest Fundraising Round Negative Interest Rates: What Do They Really Mean for Savers?

The Panel has since made it clear that this test does not require the offeror to demonstrate frustration in the legal sense, which is where a contract has become impossible to perform, but the bar to reliance on a MAC Condition is nonetheless set extremely high.

In determining what is of “material significance to the offeror” a matter must be specific and the position has to be considered objectively. Nonetheless, the views of the offeror and other informed parties, such as the offeree, should be given appropriate weight. The burden of proof is on the offeror.

The adverse change must also not be short-term in its effect. The Panel has previously indicated that something that has only a temporary effect on profitability is not sufficient to satisfy the “material significance” test. In relation to an acquisition for strategic reasons, the Panel has previously expressed the view that the purchaser is “clearly investing for the long term and therefore something of material significance to such an offer ‘in the context of the offer’ had to be long term”.  A Brigadier director quoted in the original announcement of the Offer referred to being “excited to contribute our expertise and assist in delivering the current strategy. We see the Acquisition as an opportunity to contribute our expertise to improve Moss Bros’ financial performance and protect its heritage, brand and presence on the UK high street.” This suggests a long-term view of the acquisition and the development of the company in private ownership and will not have assisted Brigadier’s chances of obtaining a favourable ruling from the Panel.

Moss Bros resisted the attempt to lapse the offer and indicated that it planned to “take all necessary action” to convince the Panel that Brigadier did not have a valid reason to allow it to revoke its offer and that they believed “the requirements [to lapse an offer on the basis of a condition] have not been met and that the offer should not therefore be permitted to lapse”. This view received support from major Moss Bros shareholders and the matter was identified by some as a test of the City’s resolve and the view has been expressed that allowing the Brigadier Offer to be lapse in these circumstances could start a worrying trend for future deals.

The Panel has previously indicated that something that has only a temporary effect on profitability is not sufficient to satisfy the “material significance” test.

Given the long-term strategic reasons for the acquisition, the difficulty in assessing the likely long-term effect of the current crisis on profitability, the likelihood that lockdown restrictions on non-food retail may be lifted in some way in the relatively near future and the chance of Moss Bros recovering from the damage the lockdown has caused, coupled with the not unreasonable expectation that Brigadier had or should have priced-in the potential impact of the coronavirus pandemic, it was always likely that the Panel would deny Brigadier the ability to lapse their Offer. The history of attempts to rely on a MAC condition to withdraw or lapse an offer was not on Brigadier’s side and the criteria to allow reliance on a condition of this type is very strict and Brigadier was always likely to fall short.

It came as no surprise to many when The Panel announced on 19 May that, having considered Brigadier’s submissions as to why it should be permitted to lapse its bid and Moss Bros’ submissions as to why it believed there were no grounds for allowing it, Brigadier had not established “that the circumstances which give rise to its right to invoke the relevant conditions are of material significance to it in the context of its offer” and that Brigadier should not, therefore, be permitted to invoke any of the conditions or withdraw its offer.

This serves to re-enforce the requirements for bidders to recognise that once a Rule 2.7 announcement of a firm intention to make an offer is made, reliance on a condition, other than the acceptance condition and regulatory approvals, is extremely unlikely to enable the offer to be withdrawn unless the impact is considerable and ,it seems, even the impact and consequences of something as momentous as the coronavirus pandemic may not be sufficient.  The Panel Statement noted, however, that Brigadier had been given a short period of time in which to decide whether to request a review of the Panel’s ruling by the Panel’s Hearings Committee and indicated that a further announcement would be made in due course.  Brigadier initially requested a review of the Panel Executive’s ruling but then withdrew its request and the Hearings Committee issued a statement on 26 May 2020 that, accordingly, the Panel Executive’s ruling stands.  It always seemed unlikely that Brigadier would obtain a more favourable result from such a review should their request not have been withdrawn and that no doubt figured in their decision to withdraw it.