As the UK government moves to encourage new homebuyers, we can expect to see knock-on effects for the lucrative London real estate market. 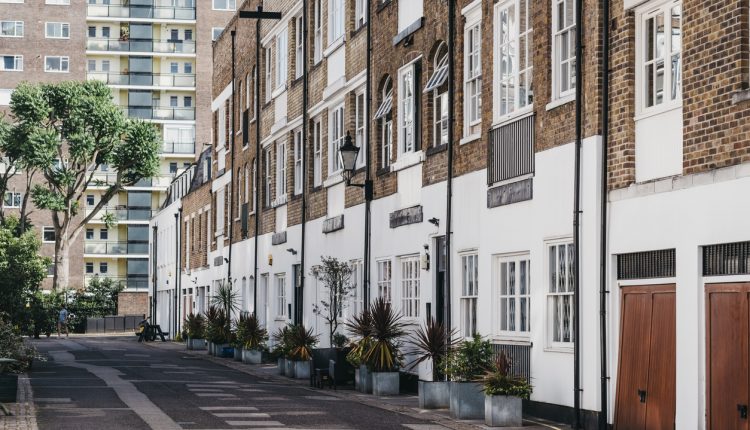 Alpa Bhakta, CEO of Butterfield Mortgages Limited, offers Finance Monthly her predictions for the future of the  UK property market.

The introduction of the Stamp Duty Land Lax (SDLT) holiday on 8 July by Chancellor Rishi Sunak has been heartily welcomed by the UK’s property sector. Investors were thankful, especially given that treasury leaks ahead of the announcement suggested it would only apply to a certain type of buyer and would be officially unveiled as part of the autumn budget later in the year. What’s more, it came into force immediately after the chancellor’s speech and applies to the first £500,000 of all property sales in England and Northern Ireland.

Thus far, it seems to have been successful in stimulating further housing market activity. Property listing site Rightmove recorded an “unexpected mini-boom” in the week following the holiday’s introduction—with the average asking price of homes listed rising by 2.4% when compared to March figures pre-lockdown, and inquiries being 75% higher year-on-year.

How effective is it likely to be?

This is not the first time a UK government has introduced an SDLT holiday to kickstart the economy. Following the 2007-2008 global financial crisis, the lower threshold of SDLT liability was raised from £125,000 to £175,000—a move designed to support the lower end of the housing market at a time where the dreaded “credit crunch” meant much market activity had ground to a halt.

Unlocking Property Investment in 2021 – An Optimistic Outlook What’s on the Horizon for the Real Estate Market in 2021?

Back then, the holiday was later expanded to cover all property transactions after not having the immediate positive effect intended. In the end, it resulted in an 8% increase in transactions for the homes that were covered by the holiday.

This current holiday, conversely, already covers nine out of ten homebuyers. In theory, this means we should be expecting a sustained increase in property transactions during the holiday period. However, the COVID-19 pandemic is not that simple; nor is the property market.

Of all the sections of the property market, the prime central London (PCL) offers valuable insight. Its size and attractiveness to international investors means we can assess overseas sentiment towards the UK as an investment hub while also determining how many buyers at the higher end of the market are returning.

The SDLT holiday and prime property

Estimates suggest that those purchasing high-end property in the nation’s capital can expect to save approximately £15,000 through this new tax relief holiday. This substantial discount, accompanied by other factors, means the PCL housing market could expect an influx of new buyers as property investors look to take advantage of discounted opportunities.

Estimates suggest that those purchasing high-end property in the nation’s capital can expect to save approximately £15,000 through this new tax relief holiday.

The importance of overseas investors in the PCL property market cannot be understated. In 2019 alone, such buyers accounted for 55% of all PCL housing purchases. While COVID-19 naturally brought the majority of transactions to a standstill, it has been clear that appetite for prime property has not diminished. Estate agency Beauchamp Estates sold over $374 million worth of property in the capital between December 2019 and June 2020.

Aside from the current SDLT holiday, an additional factor that will no doubt fuel future purchases is the SDLT adjustment announced by Chancellor Rishi Sunak back in March 2020. The chancellor stated that in April 2021, foreign buyers of UK property would have to pay an additional 2% SDLT surcharge. Many of the prime property purchases we are likely to see over the coming months by non-UK residents will no doubt be made in order to avoid this added cost.

Given what’s discussed above, I believe this SDLT holiday will facilitate a great resurgence in the PCL property market. Of course, I must mention that a second spike in COVID-19 cases or the reintroduction of lockdown measures in the capital would delay this recovery considerably. However, as it currently stands, I look forward to the PCL housing market leading the way for a strong UK property market resurgence sooner, rather than later.