UK investors have a lot on their plate as the end of the year approaches. Between Brexit, COVID-19 and the US election, what changes can we expect to see in markets and the value of the pound? 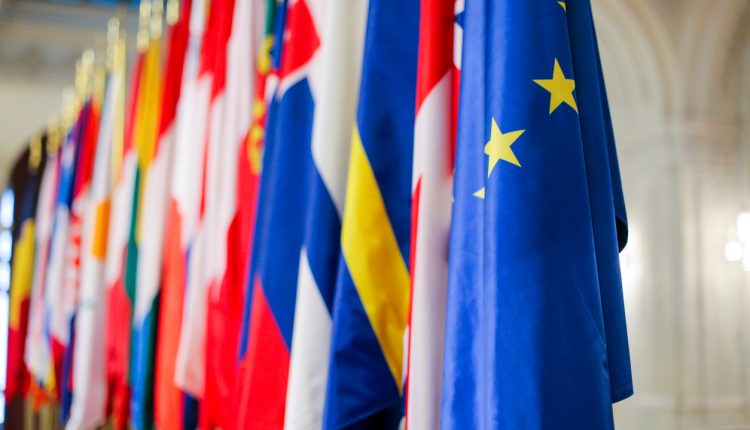 Giles Coghlan, Chief Currency Analyst at HYCM, provides Finance Monthly with his insight into how the balance of markets and currencies may shift as December looms.

Brexit negotiations recently risked falling off the cliff edge as political posturing reached new heights. In the lead-up to the EU Leaders Summit on 15 October, Prime Minister Boris Johnson said the UK would stop negotiations outright if no credible progress was being made. Of course, in such a scenario, this would then open the door to a no-deal Brexit potentially unfolding.

The British pound has certainly been bearing the brunt of these Brexit worries throughout 2020, with sterling often falling to prices not consistently seen since the 1980s.

However, contrary to the forecasts of some commentators, talks have now advanced, and to put it in the words of EU officials: “intensified”. Those who believed a deal could be struck often reflected on how the initial withdrawal agreement was only agreed to mere weeks before the end of 2019, and it seems the UK government seeks to replicate such last-minute compromises as the final Brexit hurdle approaches.

So, after much grandstanding and posturing, daily talks have begun in an attempt to solidify a deal within three weeks, allowing the minimum amount of time needed to implement a post-Brexit trading relationship before 31 December.

Investors and traders must remain vigilant and aware of all the possibilities on the horizon. That’s why now is an ideal time to consider these possibilities and the impact they could have on the pound and financial markets more generally.

Investors and traders must remain vigilant and aware of all the possibilities on the horizon.

At the moment, it is still possible for a deal to be agreed upon by London and Brussels. Looking beyond the political rhetoric and grandstanding on display from both sides of the channel, a no-deal Brexit is not an ideal outcome for either parties. Of all the reasons, the sheer uncertainty and potential disruption that could be caused are of top concern.

So, if an agreement is made, this is expected to have an immediate impact on the value of the pound. We could see the pound instantly jump to $1.35 against the dollar, especially if the UK retains the same level of Single Market access as enjoyed previously. With goods still able to freely move between the UK and its European neighbours, a fruitful deal would dispel the long-standing uncertainty that has overshadowed UK economic forecasts since 2016. Sterling would undoubtedly benefit massively from the lifting of this worry from the minds of investors.

However, a final breakdown of negotiations and a no-deal Brexit is still something to be considered seriously. This outcome would likely incur an immediate devaluation of the pound to approximately $1.20, with the potential to fall further as the logistical issues of the UK’s new import/export reality are fully realised.

The third outcome, an extension of the withdrawal period and the continuation of negotiations, would likely provide a small boost to sterling’s value but not change the weekly volatility we’ve seen from the pound throughout 2020. Admittedly, such an outcome would require a re-ratification of the withdrawal agreement and signing off from all 27 EU state leaders who, given the ongoing COVID-19 crisis, may not be inclined to allow Brexit to distract from other pressing concerns for another year.

Regardless of if a deal is agreed upon or not, however, there will be other factors that could potentially affect sterling’s value in the foreign exchange markets. From geopolitics to COVID-19, I believe it is vital for investors to stay abreast of other unfolding trends that are affecting currency values in 2020.

We could see the pound instantly jump to $1.35 against the dollar, especially if the UK retains the same level of Single Market access as enjoyed previously.

The recent jump in the pound’s value as a result of Brexit talks resuming in earnest was accompanied by a drop in the dollar’s value. This was seen as a consequence of stalling US Congressional talks regarding a COVID-19 relief package. Potentially more impactful for the dollar, though, is the upcoming US presidential election. Regardless of which candidate wins, a contested election – in which a candidate questions the validity of the results – could see the dollar’s value rapidly rise in risk off flows. The USD has been acting as a safe haven currency during the COVID-19 crisis and any potential of a Trump win would be seen as USD positive as US protectionist policies would look set to continue. However, the medium-term pressure on the USD favours a selling bias on record QE levels with interest rates set to remain low until 2023, according to the Federal Reserve’s latest minutes. If a Brexit deal is secured around the same time, some further GBP/USD upside could be encouraged by outflows from the USD.

Looking to the Bank of England (BoE), another potential change in sterling’s value could come as a result of negative interest rates. BoE governor Andrew Bailey has repeatedly confirmed such a policy is ‘in the BoE’s toolbox’ since August, demonstrating that this could help spur the country’s post-pandemic economic recovery. Thankfully for those unconvinced by this controversial policy, BoE deputy governor Dave Ramsden this week reassured investors that it was still not yet the ‘right time’ for such measures to be introduced.

In summary, there are multiple ways the value of the sterling could be affected by geopolitical events this year. Volatility remains rife across global currency markets, and there is no indication of this volatility disappearing anytime soon.

This is especially relevant for investors, as research commissioned by HYCM earlier this year demonstrated that cash savings have become the premier asset class for those concerned about market uncertainty. Of the 900 investors surveyed, a massive 78% held cash savings, as opposed to the 48% with stocks and shares and 38% with property.

So, for such investors with liquid-asset-heavy portfolios, keeping informed regarding the UK’s geopolitical situation is paramount for avoiding a sudden portfolio devaluation. Or, conversely, one should consider alternate safe-haven assets that also allow for hedging against uncertainty, such as gold, silver, copper or cryptocurrency, without the risk of long-term devaluation through basic monetary inflation.

Regardless of one’s specific strategy, investors and traders would do well to ensure they keep a level, informed head when approaching financial decisions in 2020. Despite any future potential uncertainty, I firmly believe there are still great investment opportunities to be found as the UK begins its transition outside of the EU. The challenge is finding them.

High Risk Investment Warning: CFDs are complex instruments and come with a high risk of losing money rapidly due to leverage. 75% of retail investor accounts lose money when trading CFDs with this provider. You should consider whether you understand how CFDs work and whether you can afford to take the high risk of losing your money. For more information please refer to HYCM’s Risk Disclosure.