Lessons From 2008: How Could a Recession Be Beneficial for the UK Economy?

With the UK economy now out of recession, but with growth slowing under new lockdown measures, will there be opportunities for new business models to emerge? 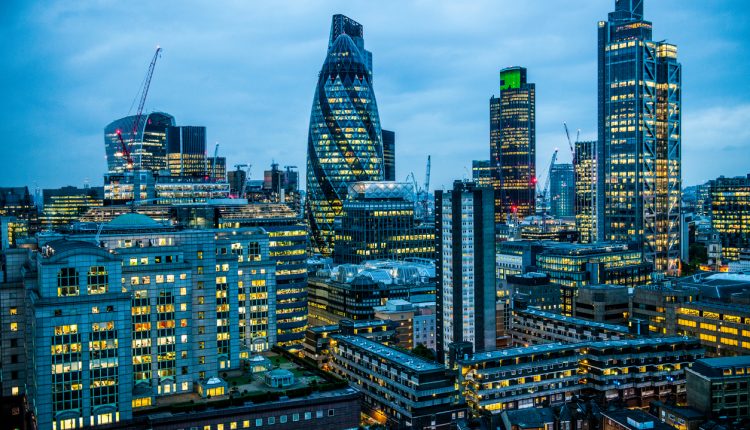 Paul Naha-Biswas, founder and CEO of Sixley, shares some of the outcomes of the 2008 recession and how a similar economic downturn could lead to greater innovation and success in UK businesses.

On 12 August, the worst-kept secret in the country came out, and the UK entered a recession for the first time in eleven years.

Few were surprised by the news. In the months preceding the announcement, the economy went through a period of unprecedented disruption due to the COVID-19 pandemic and the subsequent lockdown, culminating in GDP plummeting by 20.4% within the first three months of the year.

But, while the ‘R’ word might send a shiver down the spine of most businesses, it may surprise you to learn that many of the household brands we use today were formed in the last global financial crisis (GFC). Uber and Airbnb were just two businesses founded during the 2008 crash and used the recession as an opportunity to innovate within their sector.

So, with this in mind, what lessons can businesses learn from the last financial crash and where are the opportunities for innovation this time around?

Lessons from the 2008 financial crash

In the last recession, the consumer businesses that did well were those that offered services or goods at a far lower cost than pre-GFC.

As budgets tightened, people were increasingly prepared to change their consumer behaviour and explore new digital-first businesses to save money. As a result, we saw a significant rise in casual dining and low-cost retail – such as Boohoo – and also a spike in digital businesses, such as Airbnb and Uber that, through their use of lateral business models, brought quality services to people at a much lower price than competitors. Who could have imagined before 2008 that you could book a whole apartment for less than a hotel room or get driven around town for half the cost of a black cab?

In the last recession, the consumer businesses that did well were those that offered services or goods at a far lower cost than pre-GFC.

How COVID-19 is changing consumer behaviour

A similar trend is emerging during the COVID-19 recession, with Britons cutting back hard on their spending – both out of worry and due to a lack of spending opportunities.

Consumer spending fell by 36.5% in April compared with the same month last year, which followed a 6% drop in March. During the same period, spending on travel nearly halved, and outlay on pubs, clubs, and bars dropped by 97%.

However, the unique circumstances of COVID-19 have created a new trend in consumer behaviour that wasn’t apparent in the GFC. The Government lockdowns actioned around the world has shown businesses how much of our economy can shift online. And the longer restrictions go on for, the less likely it is that businesses will return completely to their post-COVID-19 setup.

With more people staying at home, there will be increased demand for digital, online services and more opportunities for businesses to innovate. Take Hopin, a virtual events company, for example, the brand spotted a gap in the market created by everyone staying inside during the pandemic and raised over $170 million from investors and built up a $2 billion+ valuation since lockdown began, despite only being founded in 2019.

Hopin isn’t the only business success story from COVID-19 and with the pandemic likely to bring about permanent changes in consumer behaviour, there are plenty of opportunities for entrepreneurs to establish businesses that will disrupt their sector in a similar way to how Uber and Airbnb did in 2008.

The availability of excellent talent

However, increased consumer demand for digital services, isn’t the only reason why now is an opportune moment for innovation.

In the GFC, labour turnover fell significantly – from 18% of the workforce in 2006 to a low of 10% in 2013 – as workers looked to hold onto secure jobs and employers put a pause on recruitment.

The US Economy Grew by 2.5 Million Jobs in May

Once again, a similar trend is emerging, with employment opportunities falling by 62% across the UK in the three months to June compared to the same quarter last year.

While this isn’t the ideal situation for jobseekers, businesses now have a huge and diverse talent pool to choose from. For example, start-up founders can bring in highly experienced, motivated employees without having to poach or hire on full-time contracts, something that many start-ups may otherwise struggle to afford.

And there’s promising signs that current prospects for jobseekers will change soon. Following news that two potentially effective vaccines will be rolled out in the new year, shares in businesses skyrocketed on newfound optimism suggesting they will bounce back. Similarly, in the aftermath of the GFC, spend on recruitment agencies bottomed out at 75% of pre-2008 levels before eventually exceeding pre-recession levels by 2013/14.

The great American writer Mark Twain once said that history doesn’t repeat itself, but it often rhymes, and, in this instance, the saying rings true. Although the circumstances may be different, the COVID-19 recession, like the GFC, has opened new markets that businesses, if they are fast enough, can take advantage of. With a swell of excellent, experienced candidates available and changing consumer behaviour, the environment is perfect for new start-ups to emerge and become this decade’s Airbnb and Uber.