Millennials and Gen Z Lead Surge in Trading Interest, but at a Cost

Younger generations are increasingly likely to take to trading, but are prone to taking damaging risks – and highly accessible trading apps may be exacerbating concerns. 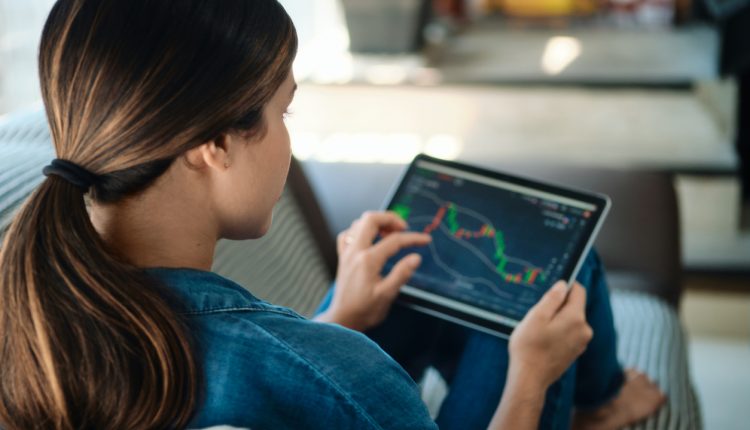 Stuart Lane, CEO at Trade Nation, shares his findings on the trading habits of millennial and Gen Z investors and how they have been influenced by emerging trading platforms.

There’s been a surge in trading interest among the whole population since the start of the coronavirus pandemic, but especially so in millennials and Gen Zs. A survey by E*Trade Financial Corp found that over half of younger investors have traded more frequently, and while many have made notable gains, there have also been some serious losses.

Roughly 46% of millennials and Gen Zs are trading derivatives more frequently — double the average rate. What’s more, 51% say their risk tolerance has increased. This makes for a potentially dangerous combination, especially for amateurs, of whom there are plenty. Robinhood (by far the most popular trading app of millennials and Gen Zs) has said almost half of its new customers this year are first-time traders who, therefore, may not know the risks surrounding complex derivatives such as CFDs. As Trade Nation notes: “CFD trading certainly isn’t straightforward and there’s a lot of confusing terminology and hidden costs involved too. This means it usually isn’t the best way for traders to kick off their journey.”

And in addition to the risks individual traders may be opening themselves up to, experts like Princeton economist Burton G. Malkiel believe that the outlandish trading activities of millennials and Gen Zs are also wreaking havoc on the financial markets.

Why are young people trading more?

The general consensus is that trading has been a great way for the younger generations to fill extra time and deal with the boredom of lockdown. As the founder of RagingBull, Jeff Bishop, told CNBC: “A lot of people are at home and have got more time on their hands. And many, unfortunately, have lost their jobs and are looking for new opportunities. Younger investors are looking for ways to recoup their money.” Furthermore, many Americans have been able to fund their trading activities with their government stimulus checks, with software and data aggregation company Envestnet Yodlee reporting that trading was among the most common uses for the checks in almost every income bracket.

There’s been a surge in trading interest among the whole population since the start of the coronavirus pandemic, but especially so in millennials and Gen Zs.

Apps like Robinhood, eToro and RagingBull have also made trading more accessible for these traders, seeing demand for their services rise by 300%, 220% and 158% in the first quarter of 2020, respectively. And given that the vast majority of millennials and Gen Zs have been using their smartphones more due to the coronavirus outbreak, it’s unsurprising that the time spent on apps like these has also increased.

What are millennials and Gen Zs trading?

The E*Trade survey found that almost half of young investors are trading derivatives more frequently compared to 22% of the general population, while there’s been an especially sharp increase in options trading. What’s more, the surprising nature of their most popular stock picks have stunned, and perhaps even humbled, many Wall Street investors.

“We see a lot of buying activity of specific industries that were impacted by the pandemic,” said Robinhood co-founder Vladimir Tenev, as reported by CNN. He singled out shares of airlines, videoconferencing and streaming media companies, and biopharmaceuticals. For example, even though Warren Buffet dumped his airline shares in light of the coronavirus travel restrictions, millennial and Gen Z traders had faith in a recovery. Frank Holmes, CEO of US Global Investors, told CNN that he noticed a surge in interest for the JETS airline ETF in March. Examining Robinhood trends, he learned that plenty of young investors had been buying it after a major dip. The funds’ assets went from $34.6 million at the start of March to $615 million by the end of April — a 1600% increase.

“Although a lot of people may say that it’s crazy, it has turned out pretty well,” JJ Kinahan, the chief market strategist at TD Ameritrade, told Bloomberg. “Retail investors for the last few months have been a little bit ahead of the curve. There’s been a lot more perhaps optimism among retail traders around the turnaround than there has been from professionals. This continues to show that.” However, it’s inconclusive whether moves like this are really paying off for younger traders. While some analysts (such as those at Goldman Sachs) claim the stocks of Robinhood investors have outperformed hedge funds and the indices, others have found a negative correlation between these stocks and their returns.

What are the potential problems of this?

Robinhood has been the app of choice for many millennial and Gen Z traders, and though their ambition to “democratise finance for all” has clearly appealed to this market, it also means that many amateurs have jumped into trading without any experience and gone on to make grave mistakes.

“Robinhood has gamified investing. Trading is now so simple that it can be easy to make impulsive decisions,” one millennial investor told Financial Times writer Siddarth Shrikanth, adding that they immensely regretted the progressively riskier trades they had made during lockdown. Shrinkanth noted that while Robinhood doesn’t provide investment advice, it does “little to deter poor decisions”. For example, almost 200,000 users were holding very complex United States Oil ETFs in the days after it crashed in April. “Why were younger investors drawn into volatile commodity tracker funds, despite repeated warnings from regulators that these risky products were unsuitable for retail investors?” he questioned.

Many millennials and Gen Zs are diving into trading complicated financial instruments without fully understanding the risks. And as well as the potential for devastating losses, this can also come at a tragic human cost. Alex Kearns, a 20-year-old Robinhood trader died by suicide after seeing an unexpected $730,000 negative balance on his account, which he didn’t understand and may have only been temporary.

Many millennials and Gen Zs are diving into trading complicated financial instruments without fully understanding the risks.

In addition to the potential problems for individual millennial and Gen Z traders, it’s also thought that their activities may be having a significant impact on the markets. For example, having filed for bankruptcy in May, Hertz shares had surged 800% just a few weeks later, with this being one of the most popular Robinhood stocks. Stocks like these may be rallying because of the sheer number of users on the platform — there were more than 160,000 Robinhood investors who owned Hertz stock as of 17 June.

That said, not everyone believes millennial and Gen Z traders are responsible for inflated stock prices. “In June, Barclays published a study of moves in the S&P 500 and positions taken by ‘Robinhooders’,” explained The Telegraph’s Garry White. “It concluded that retail investors speculating in stocks are not responsible for the market’s rally and the top picks of the app’s users tended to underperform, and moves in the S&P 500 were independent of the positions taken on these apps.” He also concluded that while many Robinhood users may see big gains, ultimately: “this strategy needs a lot of attention to follow market moves and it seems inevitable that most will eventually lose money”.