Trump vs. Biden: Picking Winners in the US

Bill Blain evaluates the aftermath of the US election and the impact it will have on investment. 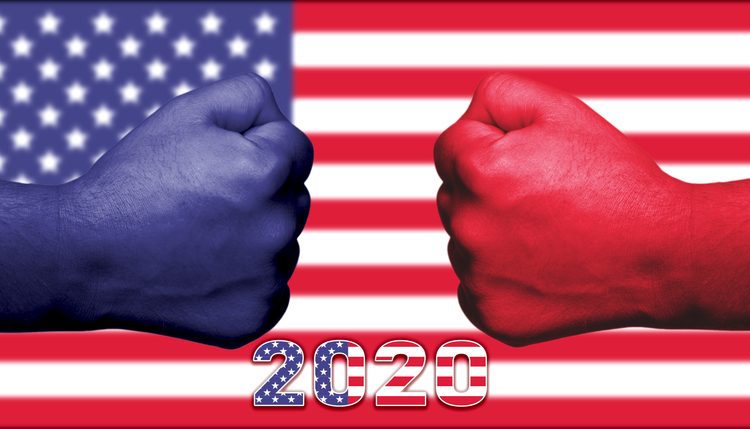 I’d been looking forward to writing this piece for Finance Monthly; putting the bits together to present a positive outlook for US Stocks that would drive global indices higher. My first draft was about a trifecta of election, pandemic and trade developments that would come together to multiply trade, boost markets, and stabilise politics. There were a number of likely winners – and I wasn’t simply going to present a rotation of tech stocks into “fundamental” equity names.

That isn’t what you are going to get. I’m afraid you are not getting that bullish note. Mr Donald J. Trump is leaving us with a parting gift; the one we most feared – chronic political mayhem. And that fundamentally changes the outlook for US investments.

I was going to start with the Election. It was going to be a simple toss-up: Joe Biden winning the Presidency and Senate, or Biden winning the Presidency and Republicans holding the Senate. A blue wave would have caused some market concerns on spending and policy, but traders would take heart from the prospects for infrastructure spending. As the GOP held the Senate I was initially enthusiastic that gridlock would constrain Democrat excesses, balanced by Post-Trump cooperation in House and Senate.

I was then going to overlay the election with the news on the pandemic front: how the vaccines would allow reopening of the troubled sectors of the global economy, the likelihood of a tidal wave of repressed spending by US consumers – who have saved their way through the crisis – and the prospects for a v-trajectory post pandemic recovery accelerating the economy into a momentum-driven longer growth phase.

And then there were all the global trade possibilities flowing from the end of the contentious Trump era. Not only would tensions with China ratchet down, but the primacy of America’s Nato and East Asian alliances would be reaffirmed and enhanced.

It was all looking kind of positive. Silly me.

Since the results started trickling through on election night there has been an implicit assumption that whatever Trump says and does, it will still end up fine. Fine is a very dangerous word and unreliable ally. Process will be followed, and Biden will become President on 20th January 2021. That’s practically 99% nailed on. Practically does not equate with definitely.

Trump is never going to go easy. He’s been planning his revenge since he realised he would lose the election on postal votes months ago. He intends to remain front and centre in US politics – based on the narrative it’s a “stolen” election.  Whatever we conclude about Trump – he is not stupid and he’s a narcissist. That’s critically important in determining where markets go from here – he is likely to remain present, noisy and influential for at least the next four years.

An extraordinary number of Americans sincerely believe the lies and falsehoods Trump and his minions have been spreading to undermine the election. Trump’s narcissism means he cares nothing for the damage that will ultimately do to the economy, the dollar and America’s standing abroad. He cares about the picture: if Trump gets just 10% of his followers down a road to a cold civil war, ahead of the next election cycle, then the result will be a dystopian USA.

It doesn’t matter that Trump lost every single court case, or that Rudy Giuliani looked an incompetent clown at press conferences. It matters not that Trump sacked the head of the US agency charged with ensuring the veracity of the vote. It doesn’t even matter that senior Republicans like Mitt Romney have said Trump is undermining democracy.

Trump doesn’t care about peripheral damage. He wants the negativity to escalate. He will happily use the last few days of his presidency to cause as much destabilisation as possible: denial of the transition process, the sacking of officials, the rush to appoint unsuitable candidates, threatening a cascade of deliberately negative initiatives and troop reductions which will trigger global implications and heighten long-term geopolitical threats. He’s even willing to threaten markets; triggering a rift between the Treasury and the Fed, and spooking investment flows as the independence of the Fed is again tested.

The result will be mayhem right through to 20th January. Trump will ensure his place in history – and he still intends to be writing it.

The rest of the world is looking on in shocked horror. That the “home” of democracy, the nation that’s been lecturing the world on the sanctity of the ballot box, is so conflicted it’s staggering. Fair and swift election results are critical to sustain confidence in democracy. The US election authorities agree – they say there is no evidence of widespread fraud and the election is perhaps the most closely observed in history.

As a result, Trust and Credibility in the US is in serious danger. The positive expectations for trade negotiations have slipped – isolationism looks increasingly likely. That could prove the ultimate perversity – Trump made his identification of China as the major threat the cornerstone of his policy. Yet now, the prospects for a global investment pivot away from the US and into China look higher than ever.

As the US falters over the next four years of market and political angst, investors will vote with their feet and move. A House Divided Against Itself Can Not Stand. Until we see just how the new administration copes with the troubles ahead, I am really struggling to see anything to be positive when considering our investment horizons re the US at present.

Let’s review this in January.