From Bust to Boom: How Rebound in 2021 Could Spark a Return of the Roaring 20s

Volatility was the name of the game in 2020 as the pandemic wreaked havoc across the globe. The spread of COVID-19 was a shock to the financial system, stock markets plunged and companies battened down the hatches. But the easing of infection rates sparked dramatic recoveries, with indices in the US reaching record levels. Although the UK economy is still in an abyss, and the new more infectious strain of the virus is likely to set back recovery, there are still signs that the economy will emerge battered but resilient later this year. As vaccines are rolled out, output is boosted and huge sums of borrowed money are put to work. Investor confidence is making a comeback, with the UK and Europe registering their best score since January 2020. (Source: HL Investor Confidence Survey) 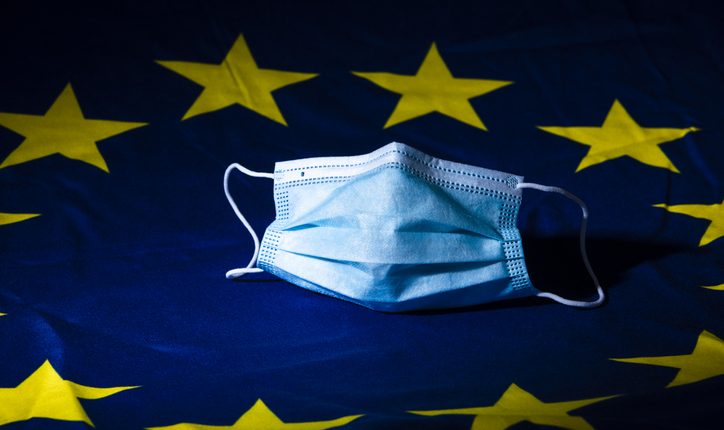 Amid the economic shipwreck of COVID-19, there are already glimmers of entrepreneurial hope – with the number of start-ups continuing to grow. There were almost five thousand more company incorporations during the first full week of December, compared to the same week the previous year. It’s likely that thousands of workers who have seen their professional lives put on hold are now using this as an opportunity to branch out on their own. It’s a risk – but this blossoming entrepreneurial spirit does bode well for a swifter recovery.

Concerns are rumbling in the background about the high level of indebtedness of the UK Government. The amount it’s forecast to borrow this year is certainly eye-watering – coming in at £392 billion. It’s the highest in real terms since World War II. But years of austerity meant that the public finances were not overstretched before the pandemic hit. So, although the UK has been loaned record amounts, borrowing should peak at 105% of GDP, compared to 250% during both world wars. It’s still a huge sum but ultra-low interest rates lighten the debt burden, and the Treasury’s interest payments to lenders via gilts and national savings are actually falling. The spectre of a possible spike in interest rates could expose the public finances further down the line, although gilt maturities have increased to an average of more than 18 years, pushing this thorny issue into the long grass.

Supercharged spending on capital infrastructure projects may seem extravagant when the debt burden is so high, but investment in green technology to power the future should help create jobs that are so desperately needed. A new infrastructure bank is also being set up help draw in new streams of funding, and although it may take time to generate interest, it should also help turn the tide.

There is also plenty of money washing around the economy right now, looking for a good place to land a decent return. The Bank of England has administered a large dose of medicine to the UK’s ailing economy by ramping up Bond buying with the aim of lowering borrowing costs. That has given a big boost to the money supply. Households have been putting away money at record amounts by paying down credit cards bills, placing deposits in banks, investing money into shares and National Savings. The Office for National Statistics says the savings ratio, which measures the surplus households have at the end of the month, has been rising at a record amount.

If the boom in UK assets is sustained, helped by a rebound in global growth, it could herald in a new Roaring 20s era, mirroring the decade long upswing following the economic pain of WWI.

Many companies have been able to shore up their balance sheets either by saving money themselves, by raising equity from investors or by borrowing cheaply from banks using schemes supported by the Treasury. Since the start of the year companies have raised £80 billion in net finance, that’s triple the usual amount raised, with three-quarters of that from government-backed loans. Much of that money is ready to be deployed once confidence returns, and optimism is seeping back into boardrooms following vaccine breakthroughs. Government support schemes have minimised insolvencies and although there is likely to be an uptick in failures once emergency help ends, the banking sector, as a result, is healthier than in previous recessions.

With a no-deal Brexit avoided, there has been a much smoother transition to new trading future than many had feared. Already fresh optimism has spread about the UK’s prospects with the FTSE 100 starting the new year on the rise. If questions surrounding the trade in services, not just goods, are resolved, that could spur on further recovery. Higher share prices should have a virtuous circle effect, enabling firms to ramp up investment further while also offering returns to shareholders. There will inevitably be a sector differential, with the prospects for oil and gas not simply guided by the oil price, but by the progress of their shift to renewable energy. There is a threat of regulation hanging over the tech sector, with moves being made in Europe and the US aimed at limiting the power of big tech. That would send ripples through the stock market but could also push investors into diversifying into smaller cap companies in neglected sectors instead.

If the boom in UK assets is sustained, helped by a rebound in global growth, it could herald in a new Roaring 20s era, mirroring the decade long upswing following the economic pain of WWI. Although the first half of 2020 is still likely to be a challenge given the fresh lockdowns, Capital Economics has forecast 7.5% growth next year and in 2022, which would be the fastest in living memory. The Office of Budget Responsibility’s forecast is soberer but still predicts a bounce back in growth of 5.5% in 2021 and 6.6% in 2022. But too rapid a recovery has equal risks. It may limit the need for tax rises but could spark a sharp rise in inflation. To avoid a crash further down the road, the pedal of government-powered investment will need to be eased on slowly, to ensure the economy revs up at just the right speed.