How Will Brexit Impact the UK’s Finance Sector? 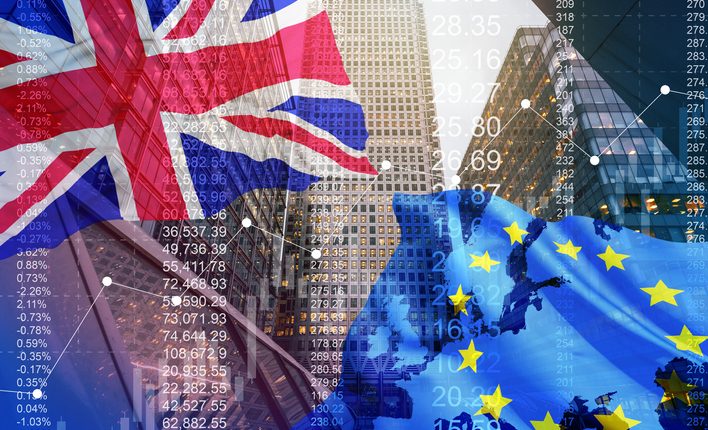 The deal that the UK Government secured with the EU, right at the end of the tumultuous year that was 2020, came as a surprise, and some considerable relief. At Amaiz, we spent part of December looking into the impact of Brexit, particularly on financial services and published a report on our findings, so we were probably more aware than most what the deal needed to deliver for FinTech.

We had years to prepare for Brexit. Whilst some stakeholders needed some convincing that the referendum in 2016 represented a final decision that couldn’t be reversed, the rest of us knew that somehow, the Government would feel compelled to deliver on the result. One way or another we would be exiting the EU so only the foolhardiest of companies would not have prepared. The results of our research in December showed that people were as ready as they could be:

The changes that company leaders believed would have the most impact were changes to regulations (37.4% of respondents said this was a concern), increased costs of doing business (37.2%), and reduced access to suppliers (35.5%). Overall, 57% of companies believed that Brexit will have some negative impact on their business and some (6.6%) believed it will destroy their business.

Size was a big factor in how prepared companies were for the changes – with smaller companies employing between 1 and 10 people concerned about increased costs (45.7%) and those with staff of between 11 and 50 about taxes and VAT (41.3%).

The challenge in December was the uncertainty that remained right up until the deal was announced. How can you prepare effectively when you don’t know what you’re preparing for?

Financial services represents 12% of the UK’s GDP and our vibrant FinTech startups and smaller businesses are a key part of that. It had been a success story, that has taken advantage of the cultural, regulatory and geographical advantages that the UK enjoys. It is the startups that drive innovation in the sector and create the global players of tomorrow.

In December, the financial services sector was preparing for a no-deal Brexit, as that appeared to be the most likely outcome. The larger companies had already registered companies and offices within the EU so that they could continue trading there, whatever deal was or wasn’t struck. At Amaiz, we were in a position to take this route ourselves.  However, this was not an option for much of the vibrant FinTech community, it was not within their resources, particularly as there was no certainty on what Brexit would mean.

Of course, at the same time as this Brexit uncertainty, our FinTech startups and smaller companies were battling with the impact of the pandemic. The FCA (the Financial Conduct Authority) and FSB (Federation of Small Business) both published figures in January that show the alarming impact of the pandemic on SMEs. The FCA found that 59% of smaller financial firms expected that their profits would take a hit this year[1]. The FSB found that just under 5% of smaller companies expect to be forced to close within 12 months, the largest proportion in the history of the Small Business Index and could mean that 295,000 companies will go under[2].

Brexit, therefore, came at a critical time for all companies and most SMEs in December (62.4%) told us that the pandemic was likely to affect them more in 2021 than Brexit (17.3%).

If FinTech is to survive the many challenges that this year brings, the Government needed to deliver a deal that gave financial services the ability to operate across the EU. That didn’t happen.  Instead, the Brexit agreement created a distortion in the market that threatens UK FinTech still further.

Following the deal, EU FinTech companies can operate in the UK, and there are many companies eyeing up the UK market, particularly FinTech companies based in Amsterdam and Germany, so our FinTech will be in competition with them. However, as e-passporting has not been agreed, our UK companies cannot now operate in the EU. I have seen no evidence that the Government has recognised this as a priority issue to resolve. I urge them to do so as the consequences for the sector and the UK economy will be enormous.

The report, Brexit Brink: Are British SMEs about to fall off the edge of Europe – or building new bridges? is based on a survey of SMEs across the UK and is free to download from www.https://journal.amaiz.com/amaiz-guide/.