The financial landscape has evolved tremendously over the past decade due, in part, to a significant increase in investment within the FinTech sector, as well as several regulatory changes which have accelerated digital innovation. These key factors, amongst others, have produced rather fertile ground for a new wave of digitally native challenger banks to grow, compete with, and exceed the value proposition of traditional banks, which were previously fairly untroubled by the lack of competitive intensity within the banking industry. 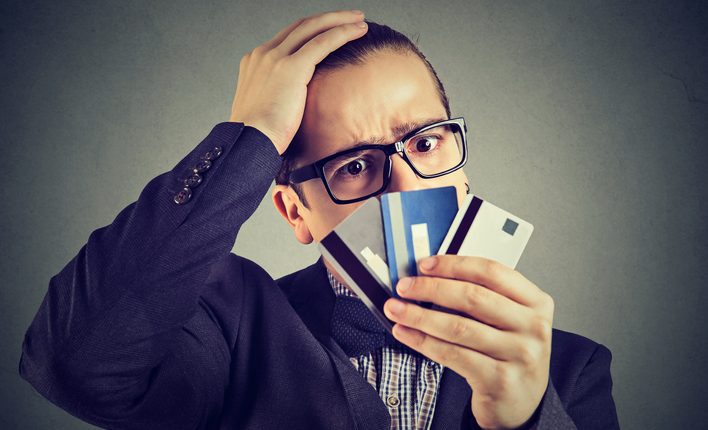 Georg Ludviksson, CEO and Co-founder of Meniga, a leading provider of AI-driven digital banking solutions, reveals the top 5 challenger banks which will make their mark within the retail banking sector in 2021, as he dissects some of the key attributes and traits that make them such fierce competitors to incumbent banks.

Launched in 2016, Empower Finance has quickly gained recognition by establishing itself as one of the best personal finance management solutions. The San Francisco-based company, which is headed up by former Sequoia Capital Partner Warren Hogarth, uses AI to automate and simplify the banking experience for over 650,000 users. The mobile app acts as a personal financial adviser through a number of budgeting and categorisation features, including the ‘AutoSave’ feature, which automatically sets money aside each week for users who activate it.

Empower Finance is unique in the way it leverages customer financial data to provide users with actionable advice and guidance on staying ahead of the financial curve. For instance, the app tracks and monitors a user’s spending behaviour through transaction data, to offer invaluable insights and tips on how to stay on budget each month.

Since its inception, Empower Finance’s driving mission has been to empower users to make better financial decisions and take control of their finances. I think it’s fair to say that this challenger bank certainly lives up to its name and will continue to do so for quite some time.

Monzo is arguably the most promising and exciting neo-bank to have emerged from the UK. With almost 5 million customers and an estimated value of £1.2 billion, it seems astonishing to think that Monzo only received its banking licence in 2017. Today, Monzo is the most ‘switched to’ bank in the UK and the top-rated in terms of its overall service quality.

Monzo excels in terms of the usability of its interface, with customers able to effortlessly spend, save and manage their money, all in one convenient place. With accessibility and financial inclusion at the core of its mission, what makes Monzo really stand out from the pack is that it enables new users to open an account within a matter of minutes at no cost. On top of delivering an outstanding user experience and providing a first-class personal finance management tool for its customers, Monzo is also a fully-fledged bank so it offers all the services typically provided by traditional banks, such as access to overdrafts and loans.

Having recently expanded to business banking and attracted over 60,000 business customers already, there’s no doubt that this challenger bank will continue to make waves in 2021.

When it comes to engaging platforms which motivate users to save money, Qapital is up there amongst the very best. The New York-based FinTech – rooted in cognitive science and behavioural psychology – is on a mission to change consumer behaviour around spending by encouraging people to put their money into things they truly care about, and ultimately, make better financial choices overall.

Qapital places personal goal setting at the core of its product offering to make the process of money management both practical and emotionally fulfilling. Specifically, users set short and long-term goals for themselves and then create spending rules to help them achieve them. This unique approach to goal-based money management is what makes the Qapital digital banking platform one of the most engaging out there. To add to that, the app also includes elements of gamification through its “Money Missions” feature, which – through fun challenges – allows the user to unlock helpful insights into how they use their money. This is one of the many smart ways that Qapital has managed to create new dimensions of customer engagement within its digital bank.

The platform has already saved customers over $1 billion since its launch, having helped millions of users save an average of $5,000 annually. There’s no doubt that Qapital’s growth will continue to accelerate, as it establishes itself as the first-choice app for budget-conscious and financially savvy consumers.

Without doubt one of the most established and long-standing challenger banks in the world, Chime is considered a real trailblazer within the global FinTech sector. Founded in 2013 with the mission of encouraging smart spending and saving, Chime – worth approximately $15 billion – is today the most valuable US consumer FinTech.

It is primarily down to its featurisation and customer-centric approach that Chime has been able to grow at such an unprecedented pace and rapidly attract a vast amount of customers. Some of the key features that draw users in include its no-hidden-fees banking, an automatic savings account, as well as its instant direct deposits which allows users to get paid early.

Chime has also been extremely successful in its marketing efforts, thanks to a substantial advertising budget and impressive search engine tactics, which have enabled the bank to rank highly on Google searches for some of its feature keywords, such as “free overdrafts”. These exceptional marketing capabilities have played a significant role in the company’s exponential growth, and this will no doubt drive the company’s continued expansion into 2021 and beyond.

In terms of full-service digital banking experiences, Varo Money’s product offering is unrivalled. Based in San Francisco, the bank was created specifically for groups underserved by traditional banks, such as millennials, to grant them an easily accessible bank account with no monthly fees or overdraft fees, high-interest savings, and a modern mobile app experience.

Beyond being one of the best digital banking apps for millennials, Varo is also the first challenger bank to obtain a national bank charter from the Office of the Comptroller of the Currency (OCC) in the US. This has presented Varo with a significant advantage over other challenger banks, as it is now able to expand its services and offer a larger suite of products such as credit cards and loans, and therefore target a broader set of customer needs while diversifying its own revenue streams.

To add to that, Varo really lived up to its mission of helping everyday Americans make progress in their financial lives during the COVID-19 crisis, when it supported its customers through a number of initiatives, such as providing early access to stimulus and unemployment relief funds and partnering with job platforms, Steady and Wonolo, to help connect its customers to new work opportunities. The best banks are the ones that can be there for their customers in the most turbulent of times, and Varo certainly proved it could do so.

The steady rise of challenger banks is unlikely to slow down anytime soon. Key players, both old and new, are continuing to transform modern-day banking, as they relentlessly roll out new user-friendly and innovative financial self-help tools, which everyday customers have grown to love. And with the challengers’ superior digital capabilities, it would seem they are the current front-runners in the race against the incumbents.

That said, the race is far from over. Incumbents still have many assets which their competitors lack, but first, they must study what makes these challengers so successful and shift their focus towards improving the digital user experience of their customers, or else they risk being left behind. Ultimately, by treating their digital channels and mobile banking apps as a strategic asset, incumbents can get into the position where instead of following, they will pave the way for game-changing innovation.