Once upon a time, in 1980s Texas, there were two men with a vision. They noticed the growing interest in video and computer games such as Space Invaders and Pac-Man. And as personal computing grew in popularity, so did the availability of newer, more sophisticated games compatible with the devices being used at home. These two guys reasoned that if enough folk bought computers and succumbed to the addictive quality of home gaming, then there was good business potential in opening shops which sold these games to the public. GameStop was born 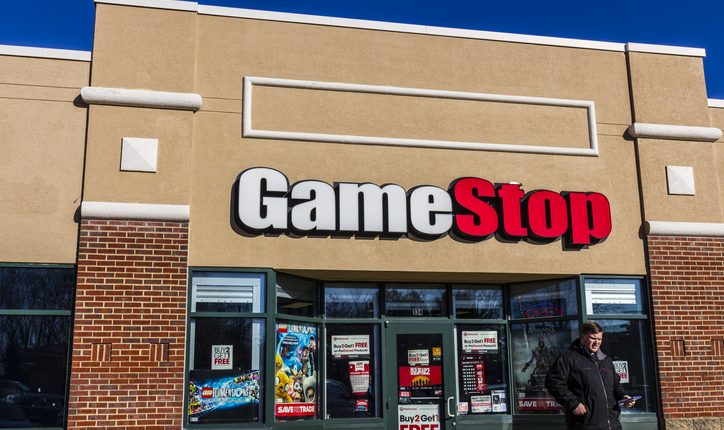 But around thirty years later, it became apparent that GameStop had missed a trick. They may have been tech-savvy in the 80s, but they hadn’t envisioned a future where sales of certain goods were more common online than in old-fashioned brick-and-mortar stores. Their sales fell while overheads rose and investors started to unload their holdings, sending the stock price down from just under $60 in November 2013 to around $3 in the summer of 2019. Stores then took another hit thanks to the coronavirus pandemic. Little did they know that they were about to take centre stage in such a major global story – sure to have far-reaching effects in the trading world going forward.

A bunch of Wall Street players were looking for companies they thought would go bust due to outdated business models. They decided to speed up the process and make a bit of money by ‘shorting’ the stock of companies like GameStop. The aim was to drive down the price (preferably to zero), so when GameStop went out of business, they could buy back the now-worthless shares and pocket the difference.

But while their hypothesis seemed solid, the real world stuck a spanner in the works. There were traders prepared to take the other side of this bet. Some were Wall Street players, while plenty of others weren’t. They did their homework the old-fashioned way and studied the company’s accounts. Between August 2019 and August 2020, the share price of GameStop hovered between $3 and $6. To the bulls, this looked irresistibly cheap given the company’s assets. Buyers came in and the stock broke out of this range, spending the next few months butting up against resistance around $20, where most of the short-selling took place.

But those on the bullish side believed that even at $20, shares in GameStop were undervalued. They were convinced the company could be worth three times as much. One of these traders was a prominent contributor to the ‘WallStreetBets’ subreddit. The GameStop bulls also noticed the large short interest in the stock, created by Wall Street firms hoping the business would go bust. There was little doubt that GameStop was vulnerable given their miserable online business and the ravages inflicted by the coronavirus pandemic. But short-sellers also have weaknesses that can be exploited. After all, a stock can only fall to zero, while in theory there’s no limit to its upside. Incredible as it sounds, the overall short position on GameStop was larger, thanks to derivative trades, than the shares in existence. That meant further instability. Should a pack of determined buyers get together to take advantage of this fact, all hell could break loose. A catalyst was all they needed, and that’s exactly what they got.

In early January, GameStop announced the appointment of three new executives to its board — Ryan Cohen, the founder and former CEO of an e-commerce business called Chewy Inc., and two of his colleagues. Their involvement raised hopes that GameStop was serious in boosting its online presence and the stock jumped from around $20 to just below $40 in a single day. But it didn’t stop there. More Reddit buyers poured in, bulled up by the opportunity to give hedge funds a bloody nose. Less than a fortnight later the stock broke above $100. Three days later it traded at $482 per share, helped on its way by a cryptic tweet from Tesla founder, Elon Musk. It subsequently fell, ending that day below $200 before doubling the next day.

It now looks as if we’re past peak GameStop as the shares hover around $50. Of course, that’s not a bad return if you were buying at $20. It’s also close to what many early investors believed the real value of the company was. But for those who came late to the game, it has proven expensive. Imagine paying about $493 for a share that’s now worth $50. On the other hand, whoever sold up should be pleased. But other aspects are making this event so unusual. There was anger when Robinhood and other trading apps brought in restrictions, such as preventing their customers from opening new positions in GameStop stock. This may have been perfectly legal and done in response to funding shortages, but the perception was that such apps were helping Wall Street by punishing the little guys.

This wild trading wasn’t confined to GameStop either. Suddenly, hunting out and buying the stock of companies with large short interest became the only game in town. It didn’t take long before similar stocks began to skyrocket, with AMC Entertainment, Eastman Kodak, Bed, Bath & Beyond, Blackberry, Virgin Galactic and Nokia all seeing their shares soar as buyers rushed to take on the evil short-sellers of Wall Street. Even silver, a commodity commonly thought to be artificially suppressed by major financial institutions, came into the sights of the Reddit crowd focused on one single factor – short interest.

Will the regulators step in over GameStop?

There have been calls for the regulators to get involved. Not to address short-selling (as Elon Musk is calling for) but to investigate social media platforms like Reddit and trading apps like Robinhood over claims that users were colluding to manipulate markets. For a time, it seemed like regulators were prepared to sit this one out, just as they should. But now it looks as if the Department of Justice, the Securities and Investment Commission, and the Commodity Futures Trading Commission are all after their pound of flesh.

However, there’s no obvious evidence that anyone did anything untoward. Reddit users did less combined than many Wall Street players do daily, while the market functioned properly throughout, with trading limits kicking in when the share price hit pre-set levels. As to Robinhood and other brokers imposing trading restrictions, I do not doubt that it’s all covered in their terms and conditions. To those customers hurt by this, then it’s probably best to find another broker. I have to say with immense pride, that our customers at Trade Nation were able to trade GameStop without restriction throughout this period.

What does GameStop mean for the future of short-selling?

So, where does this all leave us? Well, short-sellers have been caught out before — just look up a chart of Volkswagen from October 2008. However, people do have short memories, so it may be a few years before we experience such an egregious example of a short squeeze. After all, everyone is now on the lookout for another GameStop.

Ultimately, the market is a two-way thing requiring buyers and sellers. There’s one key thing the two sides must agree on and that’s the price at which they make the exchange. This is usually a straightforward process, but sometimes things can get out of hand. So, I have little doubt there will be other unusual money-making, and money-losing, market events. The trouble is working out where they will happen next. If you find one, make sure you let me know.