Making the Right Move: Considerations When Buying a House During the Pandemic

Prior to the pandemic, the majority of younger savers in Britain were confident about their home ownership prospects. COVID-19 has dented this confidence. 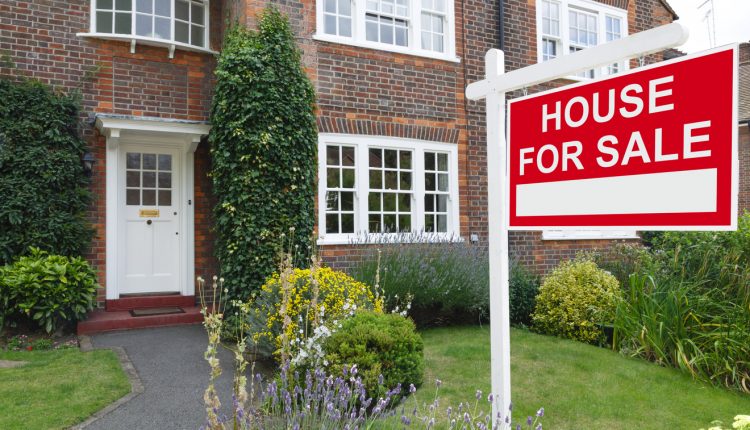 John Ellmore, Director at NerdWallet, outlines the current state of the UK housing market and the things a homebuyer should keep in mind in 2021.

A study from Halifax in 2019 revealed that 57% of renters aged between 18 and 34 believed they would buy their own home in the foreseeable future. However, a recent survey of over 2,000 UK adults, commissioned by NerdWallet, revealed that 38% of people had put their long-term savings goals, such as a deposit for a house, on hold due to COVID-19. This figure jumps to 60% among 18- to 34-year-olds; the “first-time buyer” demographic.

This trend is understandable. Millions of people have been put on furlough or made redundant, in turn shifting their financial priorities. Without the guarantee of a regular salary, Britons will be more likely to concentrate on the short-term – affording basic necessities or making credit card payments, for example – as opposed to planning for the long-term.

Positively, throughout the pandemic the Government has stepped in to offer both short- and long-term supports. The 2021 Spring Budget on 3 March included further initiatives – prospective homebuyers will no doubt have welcomed measures such as extending the stamp duty holiday and ensuring access to 95% mortgages.

At face value, these are all strong support mechanisms from the Government. However, such generosity may not be as beneficial to first-time buyers in the long-term.

The stamp duty holiday was originally introduced on 8 July 2020. It had the aim of reigniting the property market after several months of inactivity and it has been largely successful.

According to the Office for National Statistics (ONS), average UK property prices grew by £20,000 last year to reach £252,000 at the close of 2020. Similarly, transactional activity has surged in recent months.

A study from Halifax in 2019 revealed that 57% of renters aged between 18 and 34 believed they would buy their own home in the foreseeable future.

In light of this success, the Chancellor has extended the holiday by three months until 30 June 2021. The measure means that homebuyers do not need to pay any tax on the first £500,000 of a purchase, which could save homebuyers up to £15,000. Between 1 July and 30 September, the Government will lower the threshold to £250,000. From 1 October, the stamp duty threshold will return to its usual level of £125,000.

Even now with the extension, the looming end to the stamp duty holiday will encourage thousands of Britons to push ahead with plans to purchase a property in the months ahead. But I would urge buyers not to make any impulsive decisions.

As stated above, there are tax savings to be made in the short-term. However, unless time is taken to conduct careful due diligence, people may find themselves worse off in the long-term. For instance, buying a property that needs considerable repairs work, paying above the market rate for a house or flat, or not spending time to search for an appropriate mortgage provider could cause serious financial issues in the long-term.

The arrival of 95% mortgages

The recent Spring Budget also saw the Chancellor announce the availability of 95% mortgages. This scheme means that the Government will offer guarantees to banks, encouraging them to offer homebuyers mortgages even when they only have a deposit of 5% the value of the property.

Again, this will be viewed as a positive move by many first-time buyers. Particularly during a period when house prices are rising, the opportunity to get onto the property ladder without needing to have as much money in savings will open up homeownership to many more people.

That said, savers should consider the potential drawbacks of 95% mortgages before committing to a lender. Firstly, they could have a knock-on effect on monthly repayments. This is because borrowing a large amount to pay for the property will result in more interest having to paid over the term of the loan. Lenders could also charge higher interest rates for 95% mortgages.

Additionally, the concept of negative equity must also be considered. This occurs when the value of a property drops, and the owner ends up owing more money than the property is actually worth. This can make repaying the mortgage in full when the owner sells their home particularly problematic. However, the higher the percentage of a property an individual owns, the less likely this becomes – so, savers might want to consider saving a bit longer for a larger deposit.

Of course, the Government’s measures to boost confidence among first-time buyers and reignite activity within the property market are largely positive for UK savers. Indeed, the extended stamp duty holiday and 95% mortgages will help many more people buy a house than otherwise could.

However, savers would be wise not to rush into a house purchase or make any snap decisions. While they may feel like they are making savings in the short-term, it could cost them more later down the line.

Instead, I urge Britons to conduct careful due diligence on their homes of choice and carefully research various mortgage lenders to find one that suits their requirements. Doing so will mean people can take their first steps onto the property ladder and buy with confidence.