Blockchain vs Bitcoin: Everything You Need to Know

If you know anything about Bitcoin, there’s a good chance you’ve also heard about its underlying technology: Blockchain. Blockchain is the technology behind cryptocurrencies like Bitcoin, enabling peer-to-peer digital cash systems where users are in complete control of their account balances and transactions. 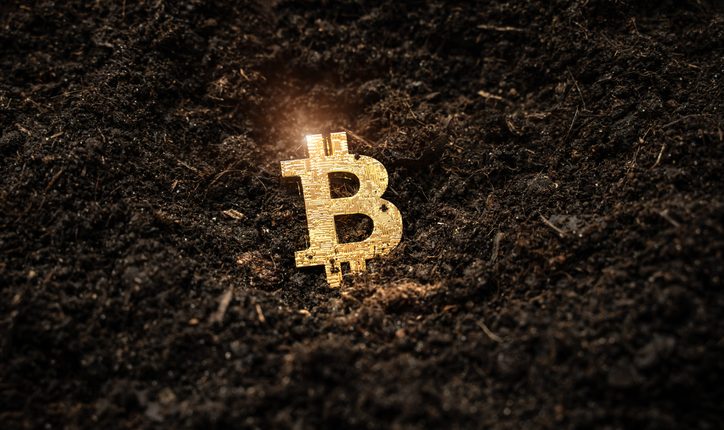 In this article, Mrugakshee Palwe takes a deeper look into what Blockchain is, how it works, and why it’s required to make cryptocurrencies like Bitcoin possible.

What are the properties of a Blockchain network?

Blockchains, in general, have three properties:

The invention of the internet is a common comparison to the way Blockchain and cryptocurrency is entering the mainstream. After the internet was established, anyone from around the world had access to information. The ability to publicise your voice became possible, followed by the ability to keep current with the times. The internet essentially decentralised information, creating somewhere we can easily trade, transfer, and share information.

What the internet did to information, Blockchain is doing to money. Various Blockchains are creating the internet of money, a global financial ecosystem that allows us to trade, transfer, and share value in a decentralised way. Just like pre-internet, we relied on centralised sources for our information. We currently rely on centralised entities dubbed as banks to provide our financial infrastructure. Blockchain is changing this paradigm at a staggering rate.

No Bitcoin without Blockchain

Bitcoin was invented on 31st October 2008 and launched on 3rd January 2009. The attempt to figure out how to securely link together transactions goes back as far as 1997 with foundations rooted in “HashCash”, a pre-Bitcoin phenomenon. Without the founders of Bitcoin figuring out how to create a tamper-proof chain of transactions, Bitcoin would not be possible.

So how does it all work?

The transactions that take place on the network are put into blocks and linked together cryptographically, and thus the Blockchain has been an obvious choice of words to describe the underlying technology to Bitcoin and other cryptocurrencies.

Blockchain cuts out the middleman

In the original whitepaper where Satoshi Nakamoto introduced Bitcoin, he detailed a “peer-to-peer electronic cash system”. Peer-to-peer means that there is no need for a third party to authenticate transactions on the network.

Cash transactions are a peer-to-peer payment system. There is no third party required to facilitate the transaction between you and a merchant for a purchase or transfer when using cash. The property of cutting out the middleman in online transactions has the potential to disrupt many industries. For example, from making supply chains more efficient to making global financial transactions faster and cheaper.

The difference between Blockchain, cryptocurrency

Another point worth noting is that not all Blockchains have an associated cryptocurrency. While cryptocurrency is the first application of Blockchain, industry professionals have found ways to apply the technology in a variety of ways that don’t require a cryptocurrency to be tied to the Blockchain.

The many uses of Blockchain

A new industry is emerging in the technical corners of the planet. In finance, Blockchain has many use cases including tokenisation, cross-border transactions, and censorship-resistant payments.

In other industries, Blockchain can be used to form agreements in business relationships to reduce disputes and ambiguity between partners. Smart contracts, which are self-executing coded contracts, have enabled new forms of digital agreements. This becomes very useful as it digitises the contract and automates its execution.

Applications that are built on top of Blockchains are called decentralised applications, or dApps for short. dApps are applications that exist on decentralised networks such as Ethereum. Ethereum can be thought of as an application or token platform, with the capability of hosting dApps. Your dApplication can leverage aspects of Blockchain such as the durability of decentralised networks, or the censorship resistance of cryptocurrency, simply by deploying your idea on top of an existing Blockchain. You don’t need to worry about the underlying computer infrastructure, as this is provided to you by willing participants all over the world.

Blockchains are just software built by humans, and humans can make mistakes. That being said, the Bitcoin Blockchain has been active for more than a decade, without a single successful hack performed on the network. The developers of Bitcoin have decided to make trade-offs with the software, opting for more security and trust, instead of an efficient network that can process a global load of transactions.

Many hacks have taken place on Blockchain networks in the last decade. Hackers either exploit the code directly or gain control of the network through the governance mechanisms. For example, in order to hack the Bitcoin network through governance, you would need to control 51% of the network. This task has been deemed impossible, as the Bitcoin network is so widely distributed that it is nearly impossible to amass that much computational power. However, other Blockchain networks are smaller, and thus, much more vulnerable to a 51% attack.

The difference between public and private Blockchains?

Blockchains can be examined in a number of ways. One of those ways is by looking at who has access to the network. The Bitcoin network, for example, is completely open to anyone and everyone to use, without bias. The Bitcoin network applies no preferential treatment to you based on social status, or geographic location. It is for these reasons that Bitcoin is considered a public network.

The sophistication and level of security surrounding Blockchain and Bitcoin is remarkable, providing everyday people more power, control and convenience when it comes to managing their money.

What are the downsides of Blockchain technology

The downsides of Blockchain need to be talked about in the context of what that particular Blockchain is trying to solve. If the Blockchain is aiming to be a global payments system, that Blockchain needs to be primed to scale to meet demand, while maintaining security for its users. This is a hotly debated topic, but it all boils down to how Blockchains are implemented and governed.

Since the inception of Bitcoin, developers have created new Blockchains that are more scalable but are arguably less secure than the security that the Bitcoin network provides.

Why Blockchain and Bitcoin are such a big deal

In today’s digital age, efficiency and privacy are more important than ever before. The sophistication and level of security surrounding Blockchain and Bitcoin is remarkable, providing everyday people more power, control and convenience when it comes to managing their money.  Whether digital money takes over our traditional paper money that is stored in physical banks is yet to be seen, but one thing is for certain: the complex world of Bitcoin and Blockchain is on the rise, with absolutely no signs of slowing down.

Insurance Trends To Pay Attention To In 2022