Marks & Spencer – All Hands on Deck, but at What Cost?

The woes faced by bricks & mortar retailers are well documented. The pandemic has only accelerated the shift to online, applying pressure to the already painful burdens faced by the industry. Among those facing headwinds is Marks & Spencer. The centuries-old department store is perhaps one of the UK’s most famous brands. Its traditional locations are large multi-storey shops in town centres. It also runs a very successful groceries business, and M&S Food Halls are bonified supermarkets, and a well-loved part of the grocery market in the UK. 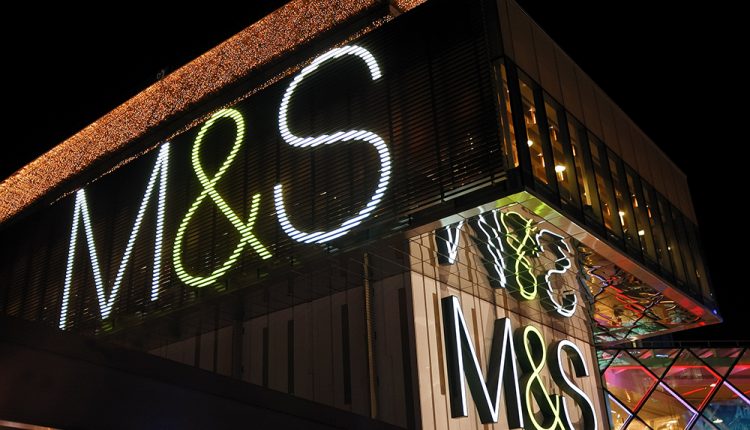 Unfortunately, its large Clothing & Home business is grappling with a sudden, and perhaps irreversible change in clothing tastes. Formal outfits and tailored clothing are on the way out, and that shift packs a particular punch for M&S. Not only was its bread-and-butter offering the first thing to fall out of fashion in the pandemic, but its online business was slow out the gate.

Looking back to pre-pandemic times, Clothing & Home online sales were flat in the 2019/20 financial year. Compared to the 23% increase Zara owner, Inditex, achieved that year, it gives a sense of M&S’ less competitive position.

The division’s struggles have a lot to do with its previously antiquated buying processes, which meant judgements about what would be popular were made at the start of a fashion season. More agile models better track what’s flying off the shelves in real-time, meaning inventory levels can be better controlled.

Those brand-specific challenges, coupled with lockdown store closures meant M&S’ full-year numbers made for tough reading. Including costs associated with restructuring efforts and redundancies, the group reported a pre-tax loss of £201.2m.

There are some sparks of resilience though. M&S is renowned for its basics, including lingerie and nightwear, which is a real asset in today’s home-centric world. Trading in the first few weeks of the new financial year has got off to a great start, and there seems to be some tentative positivity coming down the pipes.

We’ve been particularly impressed with the stronger-than-expected sales of spare stock from lockdowns. In fact, because the group sold more left-over stock than expected, it was able to put almost £91m back into the company wallet. Those funds were released from the provision put aside for the cost of excess inventory.

Looking ahead, the group’s Clothing & Home inventory should remain healthier. Part of its strategy shift includes a more up to date test-and-repeat stock system. That means it should be able to stock fewer items, and the right ones at that. It’s also reduced its available ranges, and we think focussing on a smaller number of lines is the right thing to do. From here, we’ll be watching inventory closely – quicker inventory turnover is a real positive in today’s retail industry. The food business is also faring well, and the underlying picture suggests the offering is holding its own among the bigger players. Excluding franchise and hospitality sales, which have been badly dented by the pandemic, food like-for-like sales rose 6.9% last year. The food business offers genuine opportunities, especially after the hard work that’s been done on improving customer perceptions of value for money. Even more crucially, M&S food has a unique selling point – something the likes of Tesco and Sainsbury’s can’t really say. Savvy marketing and its convenience store format next to offices means M&S items are viewed as higher quality than the average food shop.

Progress has been helped by the joint venture with Ocado, which means M&S can ride the wave of increased online grocery shopping, which is something it would have previously been forced to watch from the sidelines. Grocery spending patterns are starting to normalise, and basket sizes are growing. All-in that helped bulk out Ocado’s performance and M&S’ share of pre-tax profit from the business was £78.4m last year.

Coronavirus has caused the group to speed up its modernisation and restructuring efforts too. More of the business is being dragged online, and management structures and the store estate are being streamlined. Over 8000 roles were cut last year, and another thirty stores are to close. The to-do list is endless, but there are tangible signs of progress.

Efforts to downsize the International business are commendable too. The group has previously had a meaningful international footprint, with stores everywhere from Prague to Hong Kong. But the division had been struggling, and the group’s doubled down on store closures and upped the online businesses.

Cashflow is looking healthier, this is partly thanks to more agreeable payment terms with Clothing & Home suppliers, as well as substantial cost-saving efforts. Getting the cash flow statement and balance sheet in order will mean dividends can return sooner, although in our view these are still unlikely in the near term.

For all the good news, to say the challenges are over would be a gross misstatement. This isn’t the first time Marks & Spencer has tried to rejuvenate its operations. We wonder if the all-hands-on-deck approach will be enough to protect against the swelling tide of changing shopper tastes and habits.

Realistically, in a decade’s time, will there be enough footfall to service even the smaller store estate? It’s true the group’s focussing on more resilient out-of-town retail park locations. But we wonder if M&S’ key demographic will follow. Shoring up sales in less traditional locations will require a near-perfect execution of efforts to refresh and restore the clothing brand image.

The turnaround also comes with risk, because of the huge amounts of money and high-scale change involved. If things don’t go to plan, the share price could suffer. The risks involved aren’t necessarily reflected in the current price to earnings ratio of around 12, which is broadly in line with the ten-year average.

Ultimately, the picture for Clothing & Home remains very tricky. The work being done to streamline the store estate and drag more of the business online must be applauded, but it’s too early to call if these gargantuan efforts have simply come too late. There are some genuine opportunities, but there’s a chance the profit and cash outflows that come with the turnaround stretch further into the future than M&S is planning for.