Can Evergrande Become the Next Lehman Brothers?

Evergrande — the second-largest property developer in China and once the most valuable real estate company in the world is on the brink of default. 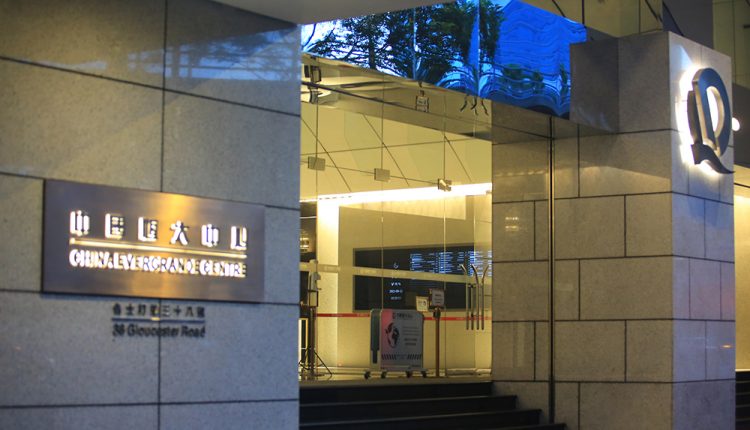 The dominoes have been falling one after the other for the past few months, and the tension peaked on 13 September when hundreds of people rushed into Evergrande’s headquarters in Shenzhen to demand repayment of loans. Now the company has warned of its growing default risk and is exploring options to divest assets quickly. Many analysts are now chanting “the sky is falling” and “it’s 2008 all over again” citing concerns over global contagion. But let’s see if all this doom and gloom has a root in reality. To understand what all of this means for international investors, we need to first look at the big picture and see where all of this started.

The road to disaster

As always, a couple of factors need to fall into place perfectly for such a giant crash to happen.

In 2009 hedge-fund manager Jim Chanos famously claimed that China is “Dubai on steroids”. Maybe that’s because every year since, more than 10 million new home units have been sold… every year. That number is five times higher than the US and EU combined. Just looking at it from afar and seeing pictures of China’s ghost towns (towns full of uninhabited residential skyscrapers), one can see that something is not right. But why is that boom lasting for over a decade now? The answer many people point to is the lack of an alternative. Due to the many regulations the government has placed on the finance industry, it’s very difficult for retail investors to invest in anything else other than real estate. That’s why it was commonplace to see people buying 4–5 homes. Ever since, ordinary people have been fighting to circumvent every possible restriction on buying more homes. When the government introduced a restriction on married couples buying only one home — people started divorcing to buy more. The demand in big cities was so feverish that lotteries were introduced, with chances of buying a home as big as 1 to 60. Though greed is rampant, and people are buying property hand over fist, simply because they are confident it will go up in value, developers have built so many units that can’t possibly be inhabited, even if they were free. Currently, the official property vacancy rate stands at 22%, though some analysts claim it’s way higher.

There’s only one world in which such overbuilding could have been justified. In a situation where the population was rapidly growing, an argument could’ve been made that there’s a chance for all of these homes to find their inhabitants eventually. Though looking at China’s demographic picture today, that’s difficult to imagine. The UN analysis shows that the Chinese population would peak in 2030, citing census data. Though, some analysts are suggesting that the population has already peaked in 2020. A quick takeaway, do you know which country’s demographics also peaked during a real estate boom? That’s right — Japan, and it didn’t end well for the property market. The actual situation is even worse than the chart shows and indicates that the demographic decline will be substantial. First, the one-child policy absolutely gutted one generation, so now there are not enough young parents. Second, selective-sex abortion is common in China which is why males outnumber females; and in some regions with more than 20%. The third factor is that industrial companies prefer to hire females because, allegedly, they are easier to manage. That’s why in big cities, females outnumber males, and in the rural regions, it’s vice versa. All in all, the demographic decline seems almost inevitable at the moment, and that puts added pressure on property prices. The other issue that stands out in this crisis is the tough choice the CCP has to make. A home in China is much, much more than a sanctuary – by some estimates, real estate accounts for more than 70% of household wealth. That fact by itself albeit concerning is not the end of the world. What’s making the situation worse is that the real estate industry is crowding out the other, much more productive industries when it comes to investments which has created a huge headwind when it comes to consumer-led growth in the country. That’s what I refer to as the CCP dilemma: Do you A) let the housing market crash and destroy a huge portion of household wealth, or B) continue on the same road, while not investing enough capital to create a high-tech export sector and a true middle class that can lead to domestic growth. We can see that the Chinese Government is moving in a direction where they’re trying to limit leverage in the construction business. Back in August 2020, the CCP introduced the “3 red lines policy”:

By doing that, I can imagine that they were ready to take some sort of a hit, but perhaps didn’t quite understand just how much leverage there was in the sector. When the measures were introduced, only a few of the B companies were up to par, and hardly any of the CCC.

Needless to say, leverage is the oil that fuels every fire and considering that household debt to GDP rose 30% for the past three years to 62%, the amount of leverage is only making policy decisions harder. After this long introduction, we can return to present-day events. By summer 2021, it was evident that residential home sales were slowing, with the highest drop happening in August – a -20% drop in value sold YoY. That’s huge for every developer in the market, and for Evergrande — which was levered up to the gills, it was the last nail in the coffin. That’s why around the start of September, strapped for cash, the firm stopped payments in its wealth management program. Truth is that the problem could’ve been seen even before, around the end of August, when the yield on the Evergrande bonds exploded to the upside.

What was the government’s immediate reaction? With Evergrande’s $320 billion of debt outstanding and fearing contagion across the whole financial sector, the CCP injected $14 billion in the banking system via reverse repurchase agreements. Although if the stress continues, much more stimulus will be necessary.

Now that we mentioned the word everyone fears, let’s explore the current market environment and see if there’s really a cause for panic. In the Bloomberg Asia ex-Japan HY index, the top 10 constituents are all Chinese companies and out of them, only the real estate companies are experiencing a rising yield. That being said, this index is highly real estate heavy — 66%. So for the moment, a contagion is apparent. Though it’s only across the real estate sector. We are not preaching that “there’s nothing to see here” or “everything’s perfectly fine”, but we need to be very clear about the type of contagion that’s being observed. For the moment the problem is primarily in the real estate companies – on Monday 21 September, yields went up, while a lot of the financials’ stocks went down in the Hong Kong trading session. Evergrande has a large bond payment outstanding on Thursday 23 September and if they don’t manage to find liquidity for that, the over-leveraged Chinese banks with a large exposure could start sweating. If you’re closely monitoring the news, it’s not hard to be left out with the impression that we are at the brink of a global banking crisis and that the “sky is falling”, but we need to be adamant that for the moment this issue is really China-centric and there are only a few mild signs of international effects. Though we should still mention them. As a consequence of the drop in new construction, the Dalian Iron Ore index has to be closely monitored. It’s down a lot from the July heights, and during August, we’ve also seen the biggest drop in steel output. As we know, China is the biggest import market for a number of commodities, which were necessary to fuel the endless construction. With new construction dropping sharply, this poses a serious headwind for the industrial metals. That’s why we also saw the 3 biggest Australian miners shed a combined market cap of $100 billion on Monday 21 September.

All in all, the situation is far from pretty, and the global market could definitely take a hit on this news. However, we need to be realistic and agree that the current problem is largely isolated to China since their domestic credit market is over-levered, but international banks don’t have nearly as much exposure as they had in 2008. We believe that international contagion is possible, thus investors need to be careful, though it’s highly likely that this contagion will be limited to only a few sectors and companies that have an especially large exposure to China. For the bigger part of the S&P and European companies, I strongly believe that any panic is unjustified.

And for the journalists comparing the current situation to Lehman in 2008, I’ll just point them to one number:

Evergrande has $19 billion in international debt, US federal reserve buys $120 billion bonds per month. Let that sink in. The Biggest Factors That Impact Your Mortgage Interest Rates