The term ‘gamification’ has become mainstream, primarily through its deployment by huge companies, such as McDonald’s real estate tokens and Nike’s +Fuel app. 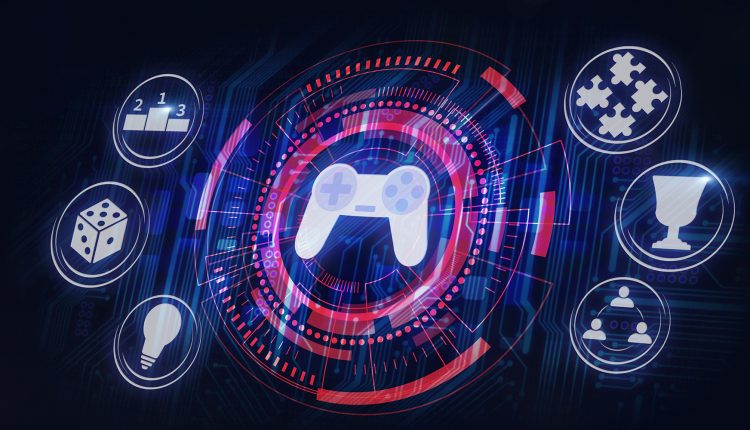 While it has been praised for its ability to foster creativity and experimentation for both work and learning, concerns have been flagged around its riskiness. These anxieties are particularly apparent in the world of stock market trading.

Companies such as Robinhood have been celebrated in some quarters for democratising the stock market. But regulatory bodies have accused the people behind certain trading apps of manipulating users’ actions in trading. Established investors and regulatory bodies continue to reel from other tectonic shifts in market trading practices, such as the emergence of “meme stocks”, as in the case of the GameStop saga in early 2021.

To refashion a well-worn comparison, instead of likening Wall Street to a casino, is gamification truly turning it into one? Or is the influence of trading apps being overplayed, when the biggest seismic shifts to market trading are driven by social media? This article takes a closer look at these two practices to find out.

Trading has never been more fun

In principle, to ‘gamify’ means to map the mechanics of video game playing onto non-gaming scenarios. As The Conversation writes, game playing influences creativity and learning because it can “lower the barriers of established behavioural norms and routines by offering new rules and sometimes even new realities”.

However, the increasing accessibility of trading due to this added fun factor is being blamed for its destabilising influence. A new generation of young traders has emerged, riding the exciting riptide of market volatility in the same way they would from playing Call of Duty, only with little capital investment. Digital trading platform Robinhood Markets, for instance, popularised stock market trading through in-built reward systems.

Critics of gamification allege that it nurtures an addiction to trading the markets, while simultaneously minimising the dangers and hence distorting the reality of market trading. Robinhood has consequently removed some of its game-like interface features, such as confetti and lottery-like scratchcards, which allegedly incited inexperienced investors to trade the markets in a trivial way that encourages excessive risk-taking. However, these features were defended by Robinhood as a way to “cheer on customers through the milestones in their financial journeys”. By August 2021, the US Securities and Exchange Commission (SEC) began an inquiry into these practices, claiming that they were being used by online brokerages and advisers to encourage people into trading more stock and other securities thereby overtrading their accounts.

Critics of gamification allege that it nurtures an addiction to trading the markets, while simultaneously minimising the dangers and hence distorting the reality of market trading.

Encouraging younger investors into the market with game-like features is not limited to trading apps. For those with even the most cursory understanding of the stock market, the impact of social media on investor trading has not gone unnoticed, as the GameStop saga highlighted. Dubbed ‘the Reddit revolt’, amateur investors used social media to influence the share price of GameStop, a bricks-and-mortar video game retailer. Members of a forum, named WallStreetBets, clubbed together to collectively buy shares in this faltering company, pushing up prices astronomically and forcing short sellers to buy back their positions in an attempt to limit their losses.

Social media was used to intensify trends and information exchanges, and the companies targeted were subsequently referred to as “meme stocks”. In one stroke, these Redditors sent a message to the hedge funds that were short-selling undervalued underdog businesses. What’s more, by codifying market rules in a David vs. Goliath, game-like battle, much of the complicated jargon around trading was stripped away.

Who holds the key to the future?

The distinction between social media’s influence and gamification is not so clear-cut. Robinhood was the app used by many of these savvy, Average Joes to upend the elite world of trading. But in the end, Robinhood stood accused of siding with Wall Street when it instigated trading halts and limited the amount of shares in GameStop that its users could purchase. As Milton Ezrati of Forbes writes, with GameStop, “there was no good or bad involved, unless stupidly taking excessive risk is somehow immoral”.

Following the GameStop saga, the SEC intervened to ban trading for six company names who were suspected of being “targets of apparent social media attempts to artificially inflate their stock price”. In a similar vein, Bloomberg has argued that Robinhood has made trading “so easy, and maybe even too hard to resist”. Reconfigured, gamified app trading is at odds with serious, long-term investment. It might also blunt the reality of material consequences for parties with professional investments, such as pensions and mortgages, and not just fat-cats.

However, in a recent study, Chief Economist at NASDAQ, Phil Mackintosh, downplayed the long-term influence of trading apps, citing home-working and lockdowns as reasons for the surge in the use of these platforms. In the same report, Sapna Patel, Head of Market Research at Morgan Stanley, also dismissed concerns that gamification is increasing overall risk levels. While increased accessibility may help users navigate the market, the content is what rules the roost: “the what to trade, the when to trade and how often to trade, is driven by social media influencers, whether it’s the Elon Musks of the world tweeting about GameStop, or it’s the Reddit-like platforms where they’re making recommendations. That’s what’s driving retail to trade more so”. Academic reports have similarly reinforced this view.

There’s a case to be made for levelling the playing field. And markets are, and always have been, risky places in which to dabble, for professionals and the retail crowd. Gamified platforms do not explicitly encourage this volatility, but they can intensify it. There’s a danger that participants can lose large amounts of money on these platforms, perhaps because certain behaviours are encouraged by design.

Looking back to the events surrounding GameStop in early 2021, we can see how social media sparked an unpredictable contagion. Given the difficulty of regulating social media, this is a broader and more fraught conversation in its own right. After all, it wasn’t until Elon Musk sent one of his infamous tweets that GameStop’s stock price soared like a SpaceX rocket.