Graphene: The Powerhouse Behind The Fourth Industrial Revolution

Neill Ricketts, CEO of Graphene company Versarien, explores why the UK government is interested in Graphene as an investment opportunity. 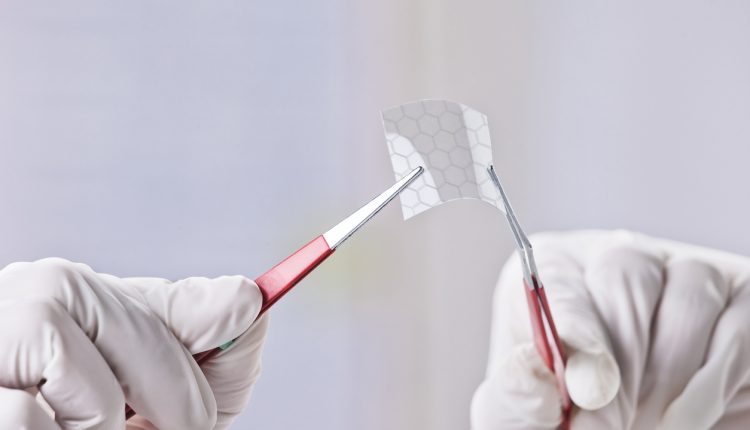 Perpertuus – a small company based beside the River Tawe in Swansea – climbed substantially up the UK government’s business agenda this month. In fact, the business secretary, Kwasi Kwarteng, ordered a review into its activities. Not to offer a grant, or to give business advice, but because it produces graphene.

Controversy struck when Kwarteng said the government would investigate the potential takeover of the Welsh business by Taurus International or any companies associated with Dr Zhongfu Zhou, a Chinese academic, on the grounds of national security. The whole saga has shone more of a light on the international race to develop and commercialise graphene, as it edges out of university labs and slowly integrates with everyday products.

But what actually is graphene?

In 2004, graphene was discovered at the University of Manchester. It is a single layer of graphite. Graphite is an allotrope of carbon, meaning it possesses the same atoms, but they’re arranged differently. In its purest form graphene’s atoms are arranged hexagonally, and at one atom thick, the properties it takes on are diverse and will be at the heart of the fourth industrial revolution. It is one of the strongest but lightest materials known, flexible, transparent, highly conductive, and impermeable to most gases and liquids.

Not only do the properties of graphene make it an asset for the defence industry, as the UK Government has observed in the Perpetuus affair, but they also are being exploited across industries ranging from concrete, construction, and highways, to batteries, electronic microchips and even textiles. Graphene companies in the UK today want to realise these ambitions to change industries and society whilst driving economic growth.

Where does the UK lie?

Britain has always been at the heart of the world’s research, development, and innovation. Tim Berners-Lee wrote a proposal for what became the World Wide Web in 1989; the world’s first SMS message was sent over the UK’s GSM network; Dolly the sheep was born at the Roslin Institute in Scotland in 1996 – and those are just some examples in recent history.

Bringing it back to the modern-day, the Global Innovation Index shows the UK still ranks high in terms of global innovation, with the country ranking fourth globally in 2021. However, despite the UK often ranking well in such indices, the UK has not been great at commercialising its strong record of innovation and world-leading research and technology. In the tech space alone, in 2010, Britain had fewer than a dozen tech groups valued at more than £1 billion amid the Silicon Valley boom.

However, the UK government has started to make significant inroads to overcome the barrier to the effective commercialisation of innovation. This year saw the government announce its Innovation Strategy, with the aim for the UK to become a global hub for innovation. Backed with public investment of a record £22 billion in R&D, the notion behind this strategy focuses on how the government can support innovative business by making the most of the UK’s research, development, and innovation system. But as well as facilitating the supply of innovative and transformative technology and products, an innovation strategy needs to consider who will bring those products to market.

UK the hub of Graphene

The Innovation Strategy also promises to reduce complexity for innovative companies by developing a finance and innovation hub between Innovate UK and the British Business Bank and creating more advisory services. Reducing the complexity of accessing these services seems to be a lesson learnt from the pandemic, where speed and routes to market needed to be rapidly increased.

During the vaccine rollout, for example, we saw the government facilitating streamlined routes to market. Public procurement can be used similarly to create early markets for new products and services and ensure that the British economy benefits.

Graphene is due to erupt in every industry internationally, and much of the innovation propelling it originates from Britain. The review of Perpetuus on the grounds of national security is therefore also in the commercial interests of the UK. By protecting and nurturing graphene companies in the UK, the government can take advantage of the fiscal benefits they will bring as those organisations grow and thrive.

Today, innovative companies want to realise their ambitions to change their industries, improve society and drive economic growth in the UK, and we have witnessed the impact of this during the pandemic. As every nation looks for new ways to recover from the economic plight of COVID-19, it’s clear there is a battle for dominance of innovation and research in which graphene will play an integral role. The UK government has realised that graphene is currently a pawn in the geopolitical arena – but if it reaches the other side of the board, it has the potential to become something more powerful.