The End of Asos? 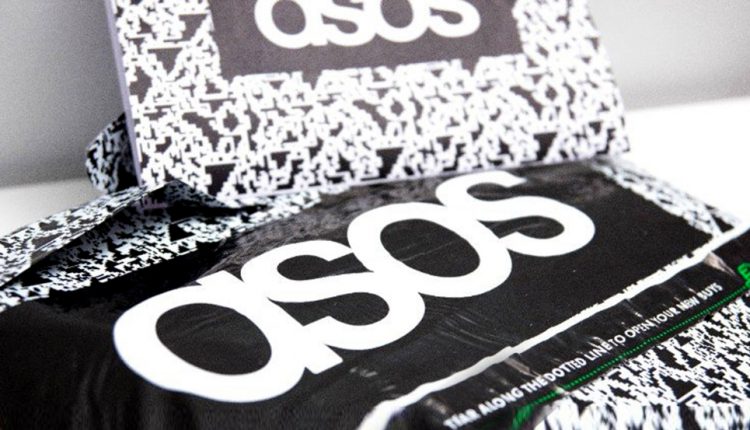 James Pow, senior retail adviser at business advisory firm Quantuma, analyses the departure of Asos CEO Nick Beighton and the reasons for the profit drop the company is expected to see.

The departure of Nick Beighton from Asos as chief executive should not have come as a complete surprise. There are multiple reasons for his departure, culminating in the profit drop the company is expecting to see throughout the remainder of this year and into 2022.

Asos had become a darling of the online sector, selling well over 850 brands globally and the share price had performed extremely well in the last year. However, the retailer had warned of slowing revenue growth and attracting increased costs related initially to Brexit, but with growing issues in the global supply chain becoming increasingly evident. All this was against a positive background of reported revenues accelerating to circa £1.3 billion for the four months to 30 June. This was well up on the £1.1 billion of like for like revenues of last year.

The immediate impact of the pandemic on its supply chain, freight and associated indirect labour costs have started and will continue to dampen profits. The company reported that it still expected to meet annual profit expectations and not surprisingly the shares closed 18% wiping circa £750 million from its market valuation and thrusting it to its lowest stock level in almost a year.

Reading behind this somewhat contradictory statement on expected annual profit, the group stated that the costs of shipping from China had risen ten-fold along with increased airfreight associated costs and further premiums now being incurred with fewer planes in the sky. It went on to state that Brexit had added two weeks to its existing supply chain between the UK and Europe. The company acknowledged that this was negatively affecting consumer anticipated delivery and one would ascertain that their existing systems were struggling to respond to these mounting changes on demand.

What is concerning and illustrates in some part the downgrading in the share price, is that this was not factored in earlier in the company’s risk assessments as most other companies would have done in their strategic response, particularly with strong balance sheets.

Nick Beighton initially said that customer prices for Asos had not risen and that the company had “invested heavily” in keeping prices low and was committed to continuing to do so. The chief executive said the company would be “mindful of the continued impacts of the pandemic on our customers in the short term” adding that the changes brought about by COVID-19 would still benefit online retailers in the long run.

There is a degree of contradiction in Beighton’s remarks, suggesting strategically that Asos would maintain lower prices to its customers while announcing such increasing costs on its retail model. All of this while declaring the expectation of meeting the annual profit outturn.

The recent quarterly drop in the margin of 1.5% due to higher freight costs and unfavourable foreign exchange rate movements is another factor and reason for the Asos share price drop and the CEO’s departure.

The Asos share price had performed well over the last year. However, the share dropped after the company released its trading statement. Management cited the continued uncertainty brought about by the pandemic, inclement weather and supply chain issues as contributors to their weak market demand. This clearly raised fears of the sustainability of their share price.

Like other businesses, management urged caution on the outlook for the rest of 2021 in light of the rising cases of COVID-19. Travel restrictions, delayed and cancelled holidays were a factor in making planned wardrobe purchases difficult. Total group revenue did grow by 21% to £1.3 billion, mainly driven by the strong performance of 36% in the UK domestic market. Impressive growth in the USA of 20% market share also assisted in driving the active customer base from 24.9 million to 26.1 million at the end of February 2021.

US-based multi-channel retailer Nordstrom, based on the West Coast. Nordstrom is embarking on a minority interest in the company’s brands including Topshop, Topman, Miss Selfridge and HIIT and previously sold Topshop and Topman clothes in the US when the brands were owned and run by Arcadia.

In securing the collaboration, Nick Beighton had performed well. The deal demonstrates the future need of businesses to team up where over-lying synergies exist in their consumer profiles. This is a strategically important requirement that intelligent businesses will embrace as they seek to both retain and increase their customer numbers.

Asos revenue growth has been exemplary in the past, notably benefiting from the pandemic as High Street retailers were closed. This led to a windfall and strong demand for e-commerce platforms.

However, changes to customer habits were cited by management in Asos’ earnings statement as a factor; the inclement weather assertions drove customers to winter wear from spring/summer wear. This all points to pressure on their current systems in dealing with these fluxing impacts from the supply chain, the pandemic, Brexit and resultantly the management of the cost base.

The recent quarterly drop in the margin of 1.5% due to higher freight costs and unfavourable foreign exchange rate movements is another factor and reason for the Asos share price drop and the CEO’s departure.

With the easing of COVID-19 restrictions and the opening of retail, I would expect that the demand for online retail may soften somewhat. In my view, the company has experienced timing mismanagement of expectations – both in its statements and trading updates, worsened by the contractions alluded to earlier.In realising this, the Asos board were left with no other option than to part company with its chief executive in a bid to appease disgruntled shareholders and the financial analysts who had reacted so alarmingly to the trading releases. Moving forward, Asos will appoint a new chief executive, hoping to resolve their current fall from grace under the new leadership.