The Future of Diversity & Inclusion: It’s a People Thing

I can imagine what you’re thinking: claiming that diversity and inclusion (D&I) is about people, especially when you’re a human resources professional, is hardly the most ground-breaking statement. But you’d be surprised. 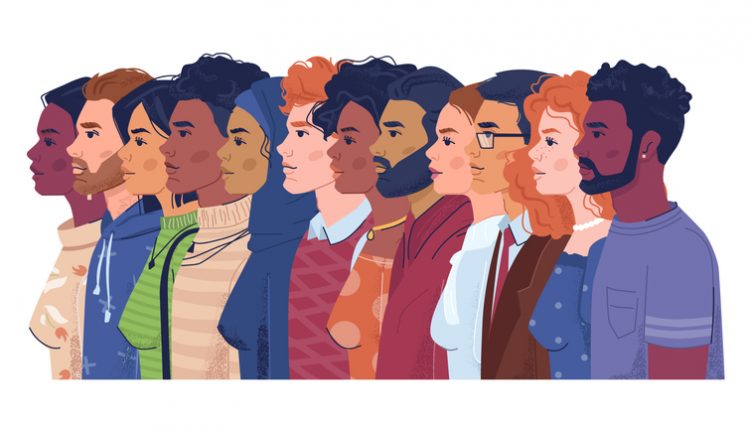 As the importance of D&I in the workplace rapidly grows, organisations are introducing more and more initiatives with a much broader impact on the business. Leadership teams are finding themselves increasingly focused on metrics and quotas. And all of us are navigating the “future of work”, as well as trying to understand the role that D&I will play.

With so much going on, it’s easy to see how we could forget that people are at the heart of this topic.

Like many other recent changes, this increased focus on D&I can be attributed – at least partially – to the COVID-19 pandemic. While there are certainly many other factors that have shaped the current climate, the global health crisis had a way of reminding us about the people who are our colleagues, employees, clients and customers.

Suddenly, as we battled the same personal challenges, saw into each other’s houses, and caught glimpses of each other’s families, roommates and pets – work became more human.

Work also became more digital, and after the initial disruption, the flexibility of remote working enabled a higher level of inclusivity.

A new global survey commissioned by Intel, which interviewed 3,136 business leaders across 17 countries and several industries, showed that 63% of respondents said that the pandemic has had a positive impact on D&I in their organisation.

But what’s next? How can organisations ensure that the current focus on D&I has a sustained impact and that people remain at the heart of everything they do in this space?

Despite already knowing that D&I is becoming more important, it is great to see a continued commitment to progress, our research found that: 88% of business leaders say that their organisation has made achieving a diverse and inclusive working environment a long-term goal.

What was even better was seeing the reasons why companies are committed to D&I. When asked to indicate what they considered the main opportunities an effective D&I environment would provide, the top three responses were: a positive working environment (34%), increased employee trust and loyalty (32%) and better employee health and wellbeing (30%).

Comparatively, only 20% cite increased profitability as a driver for D&I.

While this indicates that companies do see the bigger picture and are focused on improving the lives of the people that work with them, they must ensure that they maintain this mindset when it comes to actually investing in D&I.

43% of business leaders said there’s room for improvement when thinking about how much their company invests in systems and initiatives that promote D&I.

Given that the future of work is hybrid, technology will certainly be a key area of investment – which brings us to the next point.

A new global survey commissioned by Intel, which interviewed 3,136 business leaders across 17 countries and several industries, showed that 63% of respondents said that the pandemic has had a positive impact on D&I in their organisation.

But the right technology is no longer merely a nice-to-have; it is critical to the future of inclusion.

According to the leaders who indicated that the pandemic had a positive impact on D&I, technology made a number of key differences.

First, 46% found that remote working and digitalisation made it easier to recruit employees from under-represented groups, while 45% claimed that accelerated digital transformation has led to the adoption of new tools that support inclusivity, connectivity, and engagement.

Additionally, 43% indicated that a hybrid workforce enables companies to adopt a wider variety of D&I-informed practices.

The importance of data should not be understated either, both for driving initiatives and for measuring their effectiveness – almost half (49%) of respondents think that technology could provide data and analytics for accurate tracking and progress.

There’s no doubt that technology is an effective enabler of D&I. However, it must not – and cannot – be the main driver for change. This critical role needs to remain with business leaders themselves.

Our report reveals that the one key challenge to successfully achieving D&I goals is, in fact, a lack of stakeholder buy-in. Low levels of interest from senior stakeholders or having no dedicated D&I senior lead emerged as the number one barrier (32%) that could prevent companies from achieving their goals.

Just as D&I is for the people, we the people must ask ourselves: how can we step up in order to address the issues that stand in the way of a truly diverse and inclusive environment for all?

Technology cannot solve these problems. At most, it can only empower us to find the solution.

It’s important to acknowledge that the impact of the pandemic on D&I was not entirely positive.

Leaders who noticed a negative impact observed that under-represented groups were disproportionately affected by the pandemic, particularly employees with disabilities and working mothers, who lost their jobs or left the workplace at a higher rate than other groups.

Of this group of leaders, 32% also indicated that other challenges have taken attention away from D&I.

Global events like the pandemic and major shifts in how we work will likely always have unintended consequences on corporate cultures in ways that may put D&I initiatives at risk.

But while the way we work may change, the need to put people first won’t.

By actively prioritising D&I for the benefit of the people of a company, and with the help of innovative technology, we can create lasting D&I initiatives built for wherever and however people work.