Energy, Inflation and the Likelihood of a Real-World Crash

April’s inflation numbers must have been a real disappointment to Central Bankers around the globe. Last year they were assuring us that their financial models showed the inflation generated by supply chain breakdowns during the pandemic would be nothing more than “transitory”…. and we had nothing to worry about. 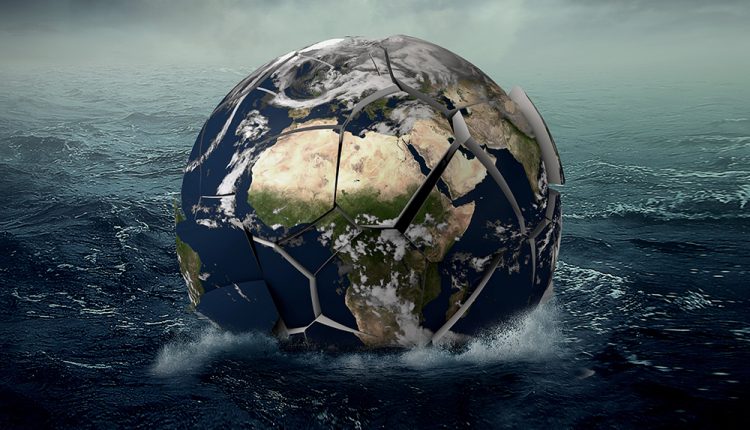 Doh! This year… We all sensed a crisis was coming. The Russian invasion of Ukraine has suddenly crystalised what it is: insecurity in Energy, Food and Commodity markets, the very building blocks of the real global economy. These are real things – unlike the concepts behind bond yields or equity returns.

Fasten your seat belts… this ride has only just begun

Inflation has now established a firm grip across the global economy, and whatever teenage scribblers and bank analysts say about it peaking… it feels like it is here for the long term. As we demonstrated in 2008, you can pretty much fix a financial problem overnight by throwing money at it. What we are learning today is you can’t fix Germany’s shortage of gas until we build new infrastructure, which will take upwards of two years. You can throw money at broken health services, but you will only fix them by fundamental reform. Money is not a solution.

The financial world and the real world are very different places. The problem is financial models written to explain the complex workings and underpinnings of the financial and monetary economy… we are now discovering they have absolutely nothing in common with how the real economy actually works.

Ukraine was the wake-up-and-smell-the-coffee shock to energy, food and commodity prices that broke the model. The consequences have overturned everything we thought. We were kidding ourselves about how the global economy works. Sophisticated and terribly clever algorithmic financial models predicting financial outcomes have utterly failed to understand the complexity of the real economy, and just how suddenly cascading consequences ripple-like tsunamis through markets, labour and commerce.

Even now, I don’t think Central bankers really understand just how overturned the apple cart of monetary stability has become! The triggers for new real inflation impacting the global economy in terms of energy, food and commodity prices, and the consequences of higher wage demands are all clear, but the underlying fuel that has now caught fire is less well understood.

Inflation – which I recently described as “the apex predator of the bond market” – is now very real. Balancing rising interest rates as central banks finally acknowledge it’s a problem while putting in place an inflation aware investment strategy to generate returns while balancing the risks of equity markets versus the security of bonds… well, it’s a tricky optimisation game where you can’t know the actual parameters.

One critical point about energy and commodity inflation is how it hit markets as  “no-see-ums”. For readers unfamiliar with my market blog, the Morning Porridge commentary,

a No-see-um is something so blindingly obvious and dangerous your mind refuses to acknowledge the likelihood until it’s actually happening. Also important is the concept of how an SEP (Someone Else’s Problem) makes us blind to the consequences of what’s occurring around us.

Central bankers and economists tell us they watch the whole economy. In reality, they all wear blinkers.

Traditionally, a monetarist economist will tell you: “inflation is everywhere a monetary phenomenon”, blaming excessive government debt and monetary creation for the current inflationary woe and sense of crisis. They point to the massive monetary creation since 2012 – when we began QE – and ultra-low interest rates as the drivers of inflation. Until recently, however, we didn’t see any real-world inflation… all the inflation generated by QE was locked up in financial assets, driving bond and equity rallies.

Here’s just part of the problem… As soon as you spot a no-see-um, its effects become very real.

The “Monetary Experimentation” we’ve seen since the global financial crisis of 2007-2008 in the form of sustained criminally low-interest rates and Quantitative Easing did little to boost growth, but it created extreme financial asset inflation – driving inflation into the bond and equity bull-markets of the last 12 years.

Now that inflation is transferring into the real economy, going back to simple monetary tenets: if the money supply rises, inflation follows. All you need to do is light the blue touch paper to trigger an inflationary explosion. What is now driving inflation is the massive amount of liquidity created by low rates and QE. It’s now fuelling the fires of massive real economic commodity and energy inflation. It proves excessive liquidity creates non-monetary real-world inflationary risks.

And all it took was a trigger. Ukraine and Energy Insecurity. Suddenly Europe woke up to the frightening reality of dependency on Russia for power. And, as the world woke up to the reality that Russia and Ukraine are dominant agricultural suppliers… ouch.

Nothing makes you so aware of reality as a sharp punch in the face. It opens our eyes to finally see the blindingly obvious financial connections hidden in the complexity of the Global financial ecosystem!  Commodities, Food, and Energy – the building blocks of everything in the global economy – have become as much distorted by the last 12 years of monetary experimentation as every other kind of asset….

Here’s just part of the problem… As soon as you spot a no-see-um, its effects become very real. As soon as you realise a “someone else’s problem” is also yours, the consequences magnify and become reinforcing. That’s why the moment you spot a crisis is when it gets more dangerous. That moment has occurred. When market commentators start to compare what is happening today to 2008 – pay close attention. There are parallels – but that one was about a financial collapse. This one is about a real economic crisis.

Abundant liquidity distorts not just rates, but the real economy also. As the prices of labour, shipping, and logistics change due to inflation you need to understand the whys and hows to anticipate their effects. Wages will rise because that’s how wage inflation rises. Logistics will get more expensive because fuel costs have risen. Food prices will rise because fertiliser costs are up and supply is limited. Real-world consequences… trigger further consequences.

The current risks are immense. If central banks get it wrong – and they usually do; policy mistakes cause most recessions – then removing the easy liquidity which has driven the commodities market could trigger a real-world economic crash.